Self-publishing News: Ebooks are not in Crisis

When not banging my head against the wall over ebooks stories, I have spent the week gearing up for Basic Income Day, which was yesterday, coinciding with Labor Day with the intention of getting people to rethink their relationship to work. I'd encourage everyone to search through the #basicincomeday hashtag and have a think about how it might affect you as a creative. 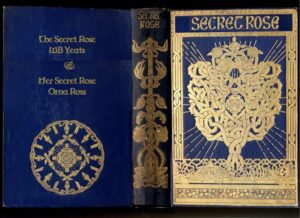 We don't have the evidence to say that the success of beautiful print books like Orna Ross's Secret Rose has come at the expense of ebooks.

If this week's news column were an episode of The Simpsons it would consist entirely of Bart, standing at the board, endlessly repeating the line “Ebook sales are not in crisis.” I want to devote most of the column this week to this one topic. That might sound excessive. After all, every month or so I dutifully report on the Association of American Publishers' figures and I add the same caveats each time, and carry on as before. But this time is different. Because this time the mainstream media has got in on the act in a big way. And that has been brought home to me by the fact that several of my friends from outside the indie community have been sharing stories with me. In other words, the disinformation has breached the indie walls – and that means it could be doing real damage to people's writing plans.

OK, let's get back to the news. This week, following similar figures from the Association of American, the UK Publishers Association announced a 17% fall in ebook sales in 2017. The media leapt on it. The Guardian called it “screen fatigue”. They even ran a piece about how ereaders had become “clunky and unhip”. The national broadcaster had a slightly different take, but even they simply took the figures on board. Even CNN picked it up in the USA.

But is it true? Many of us have been querying the “downfall of ebooks” narrative for a long time now. The thing is it may or may not be happening, but these figures don't tell us – these are figures from selected big publishers for books with ISBNs. That leaves a *massive* hiatus, a mass of ebooks that just aren't being counted. We *can* be fairly sure that the positive things we are hearing about paper book sales are near the mark. But when it comes to the negatives on ebooks, the same isn't true. And the prevailing narrative, that one format's success is another's failure, is certainly not clear. I will leave the last word to the ever-brilliant Nate Hoffelder, who takes down the “ebooks are failing” narrative coruscatingly.

Amazon on the Rise

First quarter profits beat expectations. This led to a 4% rise in their share price. And this fascinating article demonstrates exactly what this means for Jeff Bezos' personal wealth. Even more interesting for those of us trying to figure out what the landscape is going to look like in the next 5, 10, 20 years is this piece on why Amazon Web Services is far and away the most important sector of the company.

Last week, we looked at the suspension of gifting via Audible. This week saw a story that was similar in many ways over box sets, with a particularly scathing take on indies who have achieved bestseller status by joining together to produce box sets. Much of the controversy seems to surround the use of gifting – this is clearly a part of the literary selling landscape that is going to need to be watched. It has led to some really hot discussion on The Passive Voice.