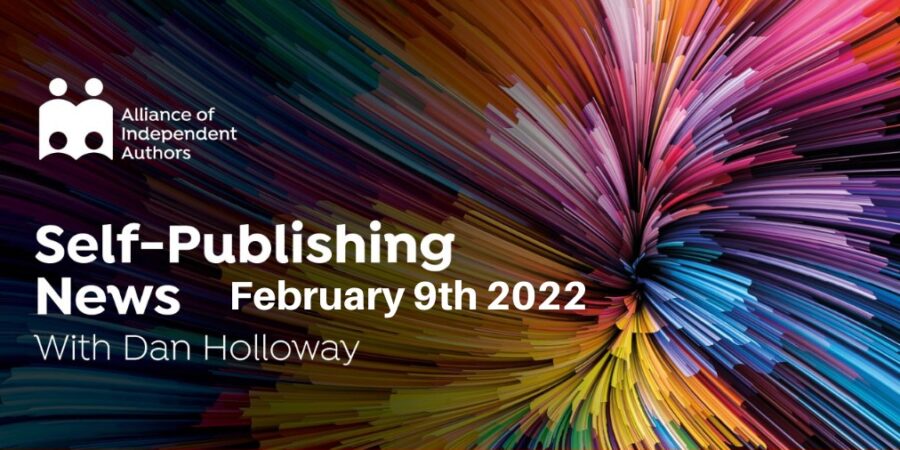 The new Self-publishing News Podcast is out in which Howard and I discuss, among other things, why Amazon removed indie authors' books without warning or explanation earlier this year. I very much look forward to seeing many of you on tonight's #indieauthorchat at the usual 3pm Eastern, 8pm UK time when Tim will be taking us through difficult topics to write about.

Draft2Digital will acquire Smashwords. Smashwords was one of the very first platforms that made selling ebooks easy. I was selling on there several years before Kindle was a glint in Amazon's eye. Like many who were part of those foundational days, I will forever have fond memories of the idiosyncrasies of the “meatgrinder”, Smashwords' pioneering formatting engine. Smashwords founder Mark Coker will join the Draft2Digital board. Authors currently with either platform will gain access to the best features of both. And the companies say the avoidance of duplicated processes will free up R & D funds for developing new tools for authors. Very best to Mark and all involved in this new venture for both sides.

Book Fairs Coming Back As Leipzig Moves In Person

Two years ago, I was looking forward to seeing many of you at London Book Fair. Now, it feels like there is a genuine chance that I’ll get to see some of you there as ALLi celebrates its 10th birthday. For the last two years book fairs have played a game of will-they-or-won’t-they. Many have moved in at least the medium term to a hybrid model. Some have gone under altogether. This week, Leipzig became the first big event to announce that it is returning to the old way of doing things.

Leipzig Book Fair takes place a fortnight before London Book fair, on March 17-20. It will be an in-person event, and organisers are scrabbling to sell exhibitor space. We will all be eager to see whether they succeed, and what happens in terms of Covid. It's worth remembering this is an industry that claims to want to be more inclusive and less “location-based.” Whether it undoes any progress it might have made in the past two years will inevitably change the shape of future events.

The Audies are the industry’s leading awards for audiobooks. They are also open to entries from indie authors. I’ve noted in the past with some regret that none of us has made one of their shortlists. This year that has changed. I’m delighted to say that indie author Mary Jane Wells is on the shortlist for Best Original Work with her book Heroine. That’s the category devoted to books that make their first appearance in audio format. Wells is an actor, writer, and stage director and Heroine is an adaptation of her stage play of the same name. This makes it the perfect content for an audio original, And as a writer-director-actor, she is perfectly placed for an indie venture of this nature.

Platforms have a lot of power over creators, even when the creators are indies. That is one of the main lessons to come out of the series of conflicts between distribution platforms and payment providers. We are always subject to the terms and conditions of the platforms that distribute us. And those platforms are often subject to other interests. This is also one of the driving motivations behind what ALLi refers to as self-publishing 3.0. And the Web 3.0 movement is rapidly growing on the back of such concerns. The dream is that a system of direct relationships and decentralised services will free creators from those constraints. But in the meantime, we are at the mercy of the platforms we use and the people they listen to. That’s what makes two of the big news stories this week so important.

One of the biggest stories in the general news this past week has surrounded the Joe Rogan podcast. Neil Young and Joni Mitchell led a group of artists who removed their content from Spotify in protest at alleged Covid misinformation coming from his show. This caused Spotify to issue warnings, and state a very clear misinformation policy.  Meanwhile, Facebook's parent company Meta was also in policy-issuing mode. They have laid down rules about the personal space afforded to people's avatars in the metaverse. It follows a conscious decision not to portray the lower halves of people's avatars on screen so as to avoid harassment.

We may agree or disagree on questions of safety vs censorship. But as authors we are increasingly at the mercy of the platforms that host our work. And as that dependency increases, our indie status gets more precarious. Many indies took this route to gain more freedom over creative choices. We are in danger of ending up dependent on platforms that afford us less.