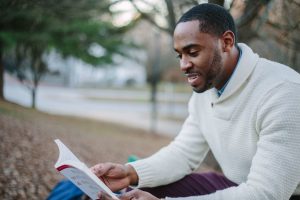 Self-publishing News: Barnes and Noble in the Spotlight

In a week that saw the passing of literary giant John Ashbery, it seems there is one death that still refuses to happen but will be forever talked about. This week, it is Claire Messud's turn to speculate on the death of the novel, even as we learn that children are reading more novels than ever. As long as there's such rampant speculation about the novel's demise, we can be sure that its health remains robust.

What is Happening with Barnes and Noble?

I wonder if the same can be said of Barnes and Noble, and the company's Mini-Me, Nook. For as long as I can remember they have been stumbling from one questionable choice to another. Only last week, there was the fiasco of deleted then reopened accounts of some of the erotica world's most successful indies. This week, there's not one but two stories about the company. First up is the rumour mill, which hit most people's radars when Barnes and Noble denied rumours (that most of us hadn't heard) that it was up for sale. As always, Nate Hoffelder has an interesting take, which is basically – that's ridiculous, but it might not be *that* ridiculous.

What there's no disputing, though, is that the Nook Support Forums are closing. And they're closing soon – this Thursday, to be precise. It's not completely goodbye, though. There will still be support teams available to help on Twitter, Instagram, and Facebook. So, does this mark the beginning of the end, or are B&N simply getting with the times? Well, unsurprisingly, there's not really a clear answer!

Encouraging A New Generation of Indies 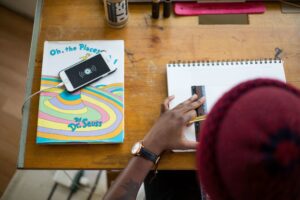 I love libraries, and it is becoming increasingly clear that libraries are properly starting to fall in love with indies. This week, the lovely people at No Shelf Required had one of the best-titled pieces I have ever seen: “No better time for teachers and librarians to introduce teenagers to self-publishing than now“. The post recommends the Smashwords guides to educators everywhere, and, significantly, asks people to share details of initiatives they've been involved in. I hope there's lots of take-up.

Overdrive and Read an Ebook Day

On a similar note, this week saw libraries' primary source of indie ebooks, Overdrive, take to Reddit for a Q&A. The session generated 920 comments. That's a noteworthy number. The session was prompted by a desire to publicise Read an Ebook Day, which will be celebrated on September 18th. Do check out how you can get involved – the readers are clearly out there waiting.

A Picture Paints A Thousand Words 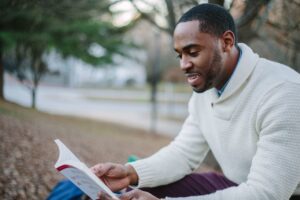 Those of us who blog find that appropriate images can be a great way of signposting and conveying what we need to say. Which is why it's always good to find great new sources of stock images that come with easy-to-use licenses. This week saw the launch of one such, Nappy.co, a site dedicated to “beautiful hi res photos of black and brown people”, a brilliant resource for people who care about representing their full readership – and just for people who love great pics. The two images on this blog that aren't the Nook logo are from their site. The images are free to use any way you wish.

Talking, as we were of death, this week brought news that Terry Pratchett's last unpublished works on his hard drive were, as per his wishes, destroyed by steamroller. Which raises, in the light of responses that mixed horror, sadness, and respect, the fascinating question of who *really* owns your work?