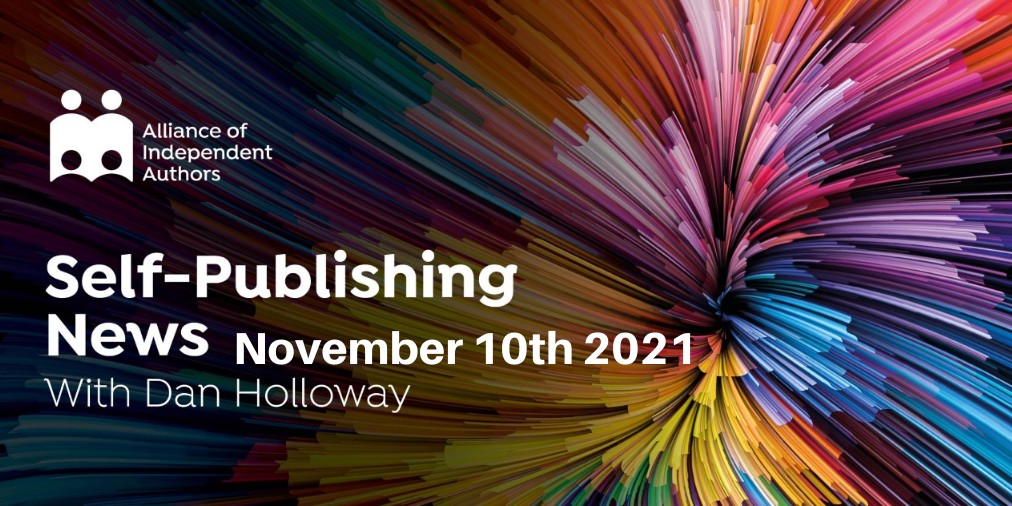 In this week's Self-Publishing News Special, ALLi News Editor Dan Holloway reports on Authors Guild's copyright lawsuit against MGM and its implications for the time limit on claiming damages.

In the brand new Self-publishing News podcast Howard and I discuss, among other things, a massive new investment into Inkitt, designed to bring successful titles on its self-publishing platform to the big screen. On tonight's #indieauthorchat at the usual 3pm Eastern, 8pm UK time, Tim will be leading a discussion about pthe crucial subject of what works right now in book marketing.

Piracy and plagiarism preoccupy us a lot. And for obvious reasons. As writers our intellectual property is what we have. Unlike physical stock, we can’t keep it in a warehouse. And unlike a secret formula impossible to reverse engineer, we can’t keep it in a safe. Once our book is out in the world, it’s extremely vulnerable. But sometimes we don’t realise what’s happened for a long time. Sites come and go, scraping content and reposting it in dark corners of the internet. What happens when you discover that someone has been benefiting by infringing your copyright for years?

That’s the issue at stake in this week’s lawsuit “Starz vs MGM”, supported by the Authors’ Guild. MGM, which has allegedly been making money from licenses actually owned by Starz, argues that damages can only be claimed for the 3 year period before the infringement was discovered. Imagine the implications of that. You find out one day that someone has posted a book that reads really similar to yours. That, in fact, is yours. You dig around a little more and realise this book has been on virtual shelves for 10 years. And that in years 1 and 2 it actually turned a tidy profit. You decide, quite naturally, to seek damages. Imagine your lawyer now tells you over an initial coffee that you can actually only claim for the last three years of that period. They shrug. Hand you the bill on the way out and you realise you’ll be lucky to cover the cost of half the biscuit on the side. So it just isn’t worth the resources to take things further. And that’s why the outcome of this case matters.

Apple the Latest Entrant Into the Adult Content Fiasco

Adult content has been at the centre of the news regularly on this column. Earlier this year, Only Fans completed the now-standard U-turn after initially banning adult content at the request of its payment service providers. This is a tradition that goes back to Smashwords’ negotiations with Paypal.

The latest debacle focuses on another historically difficult aspect of the same issue. Exactly what IS adult content? That is to say, of all the material on its platform, which bits does that platform label as unsuitable for minors? This can, of course, have serious consequences for a work’s commercial success as well as many other things. YouTube has often found itself at the forefront of controversy. In 2018 it started demonetising LGBT content. And previously there has been concern that health information for LGBT teenagers has been labelled “adult” – cutting out an intended audience for whom it was often a lifeline.

Into all this comes Apple. Thanks to Nate Hofelder for a great investigation following reports on the Romance Writers of America (RWA) forums. Author Regina Kammer noticed that some of her titles had been marked with an “E” for explicit on the Apple Books store. But others hadn’t. And there didn’t seem to be a reason for this. Nate's piece contains some very interesting history on Apple's tech acquisitions over the years, and problems which may or may not have resulted from them, and may or may not be connected. He concludes with the really important point that I started with. This kind of labelling error costs authors money.

Kobo Plus Launches in 3 New Markets

I reported very recently that Audible has now rolled out unlimited subscription to its 6th market, India. This week, Kobo has been busy doing likewise. Rollouts of Kobo Plus in Australia, New Zealand and Italy take its number of marketplaces to 7. Mark Williams has always been in the vanguard talking about the rise of subscription, so I highly recommend you nip over to The New Publishing Standard and check out what he's saying about all aspects of these stories, including the related news that Storytel's meteoric growth might be slowing.

Kobo Plus combines audio and ebook subscription in one single, simple package. It's very easy to see the attraction for readers. But we really do need to start thinking about what this means for writers. Kobo has, of course, worked with ALLi for a long time. I'd love to see them talk about this combined digital subscription future at a future SelfPubCon.

Last week, news broke just as we went to (virtual) print of a move to stop the acquisition of Simon and Schuster by Bertelsmann, owners of Penguin Random House. The $2.2bn would see the publishing landscape now dominated by a Big Four. The US Justice Department has stepped in to try and stop the deal going ahead. What is interesting, looking at it now, is the argument on either side of the case. Both sides seem to have gone for the obvious options. The Justice Department states that less competition means a less robust mechanism for ensuring authors get paid a fair rate. The publishers involved make the counterclaim that merging will enable them to be in a stronger negotiating position with Amazon. Obviously, both sides are of interest. But I am slightly amused that publishers are effectively using the same argument that was used against them when they weren't merged – when it was called operating a cartel.

Is there a time limit on the damages you can claim for copyright infringement? and other top #selfpub news stories for #indieauthors, in one quick read, by #ALLi News Editor Dan Holloway @agnieszkasshoes #digitaleconomy… Click To Tweet