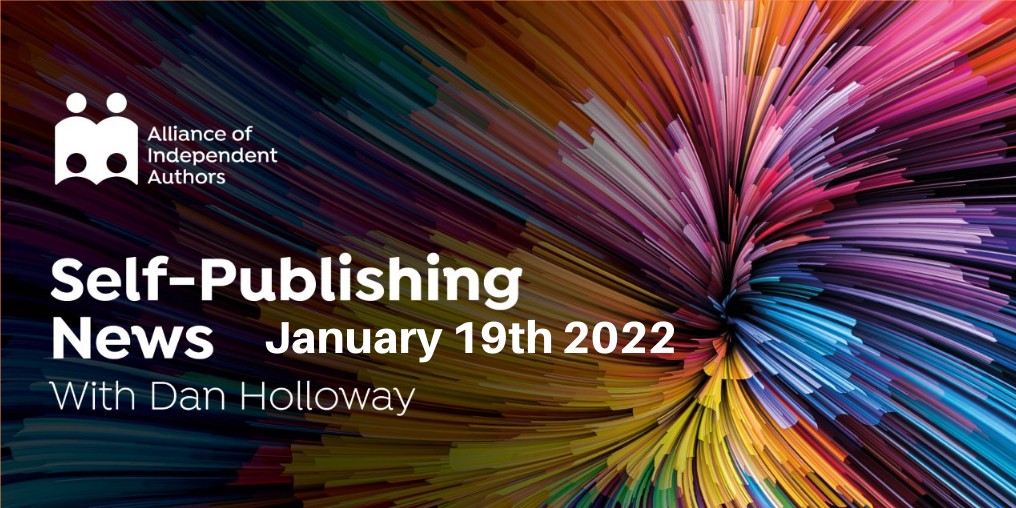 In this week's Self-Publishing News Special, ALLi News Editor Dan Holloway looks at Amazon's decision to back down over threatened ban on UK Visa credit cards.

I very much look forward to seeing many of you on tonight's #indieauthorchat at the usual 3pm Eastern, 8pm UK time when we will be discussing the importance of covers. In the meanwhile, do listen to the last podcast from last year as Howard and I reflect on last year's Futurebook Conference.

Amazon Backs Down Over Threat to Block Credit Card Payments

If there’s one thing we’ve learned from stand offs between platforms and payment providers, it’s that they usually end up de-escalating. But before that de-escalation there is usually a huge amount of tension between parties, anxiety for creators and customers, and wasted time for everyone. Possibly the biggest stand off of them all has been no exception to that pattern.

At the end of last year, Amazon UK announced that from January 19th (today) it would no longer accept payment by Visa credit cards. The site tried to tempt people to change payment methods with vouchers. There was, unsurprisingly, uproar. Visa is one of just two major credit card providers in the UK and millions of people have only a Visa credit card, and may not be able to switch to another for all kinds of reasons. Amazon was adamant the move was the result of the fees Visa charge retailers for processing payments (1.3 to 3.5% of transaction amounts).

Amazon clearly hoped Visa would back down. They didn’t. So Amazon have. Sort of. In the announcement they sent to many customers on Monday morning, Amazon phrased it that they were not going ahead with the planned block for the time being, and if they did so in the future they would give plenty of notice. I often write about payment providers flexing their muscles in an effort to get platforms to change policy. This time the dynamic went the other way. It all reminds me of my mother’s saying about wanting to bang people’s heads together and shut them in a room until they sort things out.

Sam Missingham is a legend in the publishing world. She's also a long time champion of self-publishers. Now the founder of Futurebook has launched an author services marketplace. Services for Authors follows the marketplace model that's increasingly common in many fields. People who have a service to offer choose from a number of subscription plans to list their service. Authors looking for a service sign up for free to get full access to those listings. The vision for the service is simple:

My hope is indie authors can find trusted experts to work with in an easy and accessible way.

To ensure that trusted element, there will be a close eye on feedback reviews. And known predatory service providers will not get a foot in the door. Sam has a long history of supporting and empowering people who might otherwise find it hard to break into the book world. So two of the service provider packages start with free trials, and the author access to the platform is free. It's great to see her continue to make it easier for people to get their books into the world.

As audiobooks continue to grow, the companies that produce them move into sharper and sharper focus. We can no longer think we know what our best or even our biggest options are if we know about Amazon and Ingram Spark.

One of the things that’s most interesting and least talked about (in many circles) in this wider landscape is the extent of consolidation. We are used to this in the traditional industry, of course. Penguin Random House’s ongoing attempts to buy Simon and Schuster keep reminding us. But the landscape we navigate as indies is subject to exactly the same consolidating forces, and we would do well to keep an eye on that. The biggest story of last year was Spotify’s acquisition of Findaway, of course. But we also saw Naver buying Wattpad, to sit alongside another of its brands, Webtoon. And this week’s announcement of “record” performance reminds us that RB Media is yet another growing behemoth.

RB Media is the company that owns Overdrive, which last week announced it had facilitated half a billion digital lends in 2021. It also claims to be the world's largest audiobook producer, with a catalogue of 60,000. And it owns self-publishing platform Author Republic. Consolidation in itself needn't be a bad thing. Mailchimp seems to (from my personal experience) be offering a much more rounded package now that it has partnered with companies that fill gaps in its provision. But for indies who want to keep options open and enjoy the flexibility that being indie allows, it is always something to remember, and to watch.

I subscribe to Nate Hofelder’s excellent weekly updates on the world of digital reading (you should too). This week, two of the headlines he shared made me chuckle:

“Americans say they are reading fewer books, according to a Gallup poll”

I’m sure Nate put these two headlines together in his list of links deliberately because together they tell an interesting story. It’s one that is super relevant to the changing reading landscape. And it may be a further piece of evidence (with LOTS of caveats) that our subscription future might not be the dystopia some of us feared.

Americans are, it seems, reading fewer books than they did (12.6 a year, a couple fewer than previously). But more Americans are doing that reading digitally. Almost 30% read ebooks, and that’s the headline announcement. It’s a small increase, but the increase in audiobook listeners, from 12 to 23% of the population since 2014, is much more marked. What’s interesting is that this suggests that the move to consumption of streaming digital books – whether ebooks or audiobooks – might not lead to the kind of royalty dilution many feared would result from voracious readers squeezing every drop of value from their subscriptions. This supports the findings announced at Futurebook that people who subscribed to audiobooks tended to listen to about two a month fairly consistently.