Self-publishing News: All the Fun of the Fair

Given that last week was dominated by London Book Fair (several of this week's images were taken there showing ALLi's strong presence and the fabulous time had by all), it's surprising how much *other* news I seem to have acquired. And how little actual news seemed to happen there. I mean, Jarvis Cocker and Brett Anderson got book deals, which for someone my age is quite exciting. But whilst there were great sessions for indies, many of which you can see if you go to the Indie Author Fringe section of this site, there was very little actual indie-related news. That said, all literary news paled into insignificance this week compared with a certain milk company ruling involving a certain punctuation mark.

Before I say anything else, if you missed, or would like to continue accessing, Saturday's 24 hour Indie Author Fringe bonanza, you can still find everything here. I caught a lot of it on the day, but it will be a while before I've made my way through all of this forest full of gems. 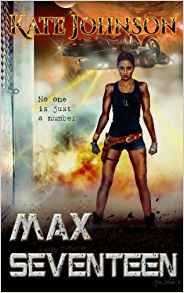 This year the Romantic Novelists' Association opened up to indie authors for the first time, and with the best possible timing, the award for best Speculative/Paranormal Romance went to Kate Johnson's self-published title Max Seventeen. Huge congratulations to her, and let's hope she opens the floodgates for many to follow.

And on that topic, one thing I did do whilst at London Book Fair that was incredibly productive was talk about prizes whose doors are open to indies. I have talked before about the Sunday Times Peters Fraser Dunlop Young Writer of the Year Award and, because this year's entries open on April 3rd I will be talking about them again very shortly. But for now I very much want to encourage all eligible indies (you need to be 18-35 and a UK citizen or resident in the UK for 3 years) to consider this award. Past winners include the likes of Zadie Smith, and last year's winner, Max Porter's Grief is the Thing with Feathers, is one of the most remarkable books of recent years. With a £5,000 prize thrown in this really is a chance to show that indie writers (in all genres, including non-fiction and poetry) can produce work of the very highest levels of craft and skill. Sign up to the newsletter to make sure you don't miss anything. Don't fear, though, if, like me, the thought of being 18-35 makes you think you'd be writing history. Because the equally prestigious McKittrick Prize, which carries a £4,000 first prize, is also open to indies, and is looking for debut authors over 40. 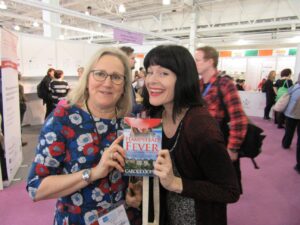 One open prize we did learn a lot more about at London Book Fair (and the Indie Author Fringe – watch the session here) was the £20,000 Kindle Storyteller Prize. That's a lot of money, and any KDP select-enrolled book entered by the closing date in May is eligible. But whilst I'm not a watchdog here, I would like to point out that subsequent conversations with KDP's Darren Hardy uncovered that the shortlist of just 5 titles that will be put to the judges will be chosen by a feedback system taking in sales and reviews that is not able to weight by the relative popularity of categories. In other words, a poetry book published on March 31st will need to get the same number of sales and reviews as a psychological thriller published on the same date in order to join it on the shortlist, regardless of its position in its genre charts. And a debut author with no email list will need to reach the same number of reviewers as a million-seller who's been list building for years. Which isn't to say don't enter, but is to say go into it with  your eyes open – whatever the judges said in the session pales into insignificance compared to what you need to do to get your book in front of them in the first place.

This is the real place where we do have news from LBF. Last week, we brought you news of a new author services provider, Type and Tell, working under the banner of Swedish giants Bonnier. It was great to meet them and talk a little about what they offer and where they look to sit, and the impression I got is that they aim to position themselves similarly to the likes of Silverwood, or a text-centred complement to the likes of Blurb. One to watch. Meanwhile, Publishdrive announced that they will now take metadata-enriched ONIX files. See the video below for full details.

Still on the subject of video, huge thanks to Ingramspark for their sponsorship of Indie Author Fringe, and for producing this fabulous session on getting books into stores. And wth perfect timing, they have just launched iPage, which is a great go-to for booksellers looking to stock your book. 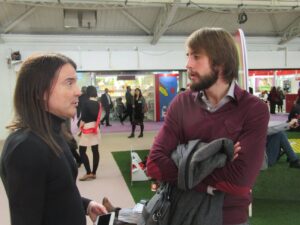 One of the perennial topics of curiosity in the literary world has been the resistance of the Japanese market to ebooks. So it is particularly interesting to read that ebook revenues rose by 13.2% in 2016, and that within that there was a massive 27% plus rise in sales of digital manga.

Yes, THAT story. The serial, or Oxford, comma was responsible for the settling of a $10 million lawsuit brought by milk truck drivers in Maine. The best piece I have seen on it (as someone whose day job is in a Linguistics Faculty) is this in the New Yorker. While back to my favourite topic of tech, this is the fascinating story of how Man Booker longlisted writer Wyl Menmuir tracked the progress of his acclaimed novel  The Many using the goal-setting and tracking app WriteTrack.