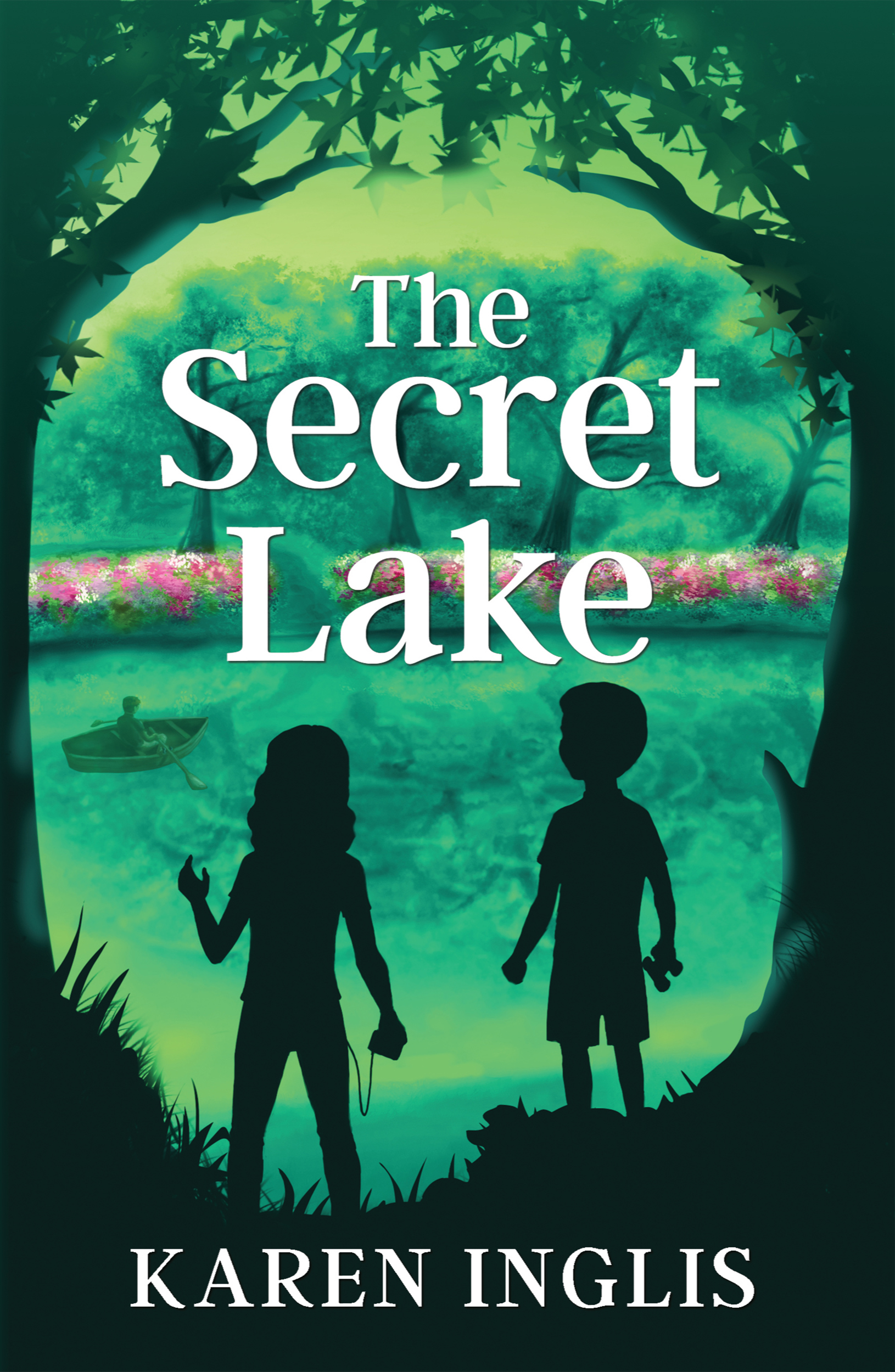 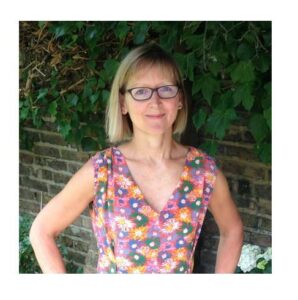 As her time travel adventure The Secret Lake hovers in the Amazon UK children’s bestseller lists for the fourth month in a row, with the paperback ranking between 200 – 500  in the whole store, and the ebook a bestseller in multiple categories, ALLi Children’s Advisor Karen Inglis reflects on the epic journey that led it there.

It’s almost 20 years since I wrote the first draft of my children's time travel adventure The Secret Lake, and it's seven years since I self-published it.

The story tells how Stella (11) and Tom (8), while trying to find their elderly neighbour’s missing dog, discover a time tunnel and a secret lake that take them to their home and the children living there 100 years earlier. It was inspired when some friends moved to an apartment backing onto communal gardens not far from Notting Hill in London. When I walked out and saw the children playing there, I couldn’t help thinking how magical it would be if they could meet the children who lived and played there in Edwardian times. 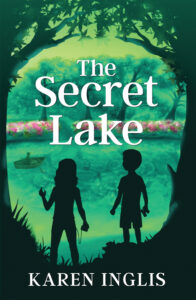 The new cover for “The Secret Lake”, a consistent bestseller on Amazon UK

After several rewrites, and taking on feedback from The Writers’ Advice Centre for Children’s Books, a UK appraisal service that was way ahead of its time, I  sent the manuscript to a half a dozen publishers only to be told that the story was “too traditional”, “not what children are looking for these days” or “not for our lists”.

To say I was disappointed was an understatement, but I dusted myself off and decided to write something completely different – a fun and fast-paced story about a soccer-mad alien who runs away to Earth for the World Cup. My eldest son George didn’t enjoy reading but loved sport, so I was keen to come up with something to get him turning the pages!

Editors were far more receptive to this story, Eeek! The Runaway Alien, with Bloomsbury asking for more material, and an agent asking for a further version.

However, when this eventually came to nothing, I decided the odds of getting published were close zero in a slow-motion lottery in which getting picked seemed to be as much about the reader’s personal taste as about the story quality. 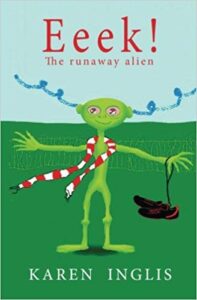 The kids had just started school full time so I packed everything away and went back to my day job as a business writing consultant, where I knew I’d get paid good money for my words!  After that The Secret Lake, Eeek! and various other stories lay in a wooden box under my office window for over 10 years. I used to glance at that box from time to time and think what a shame it was that no one would ever know the magical story of The Secret Lake. I also recall fleetingly wondering if one day my great-great grandchildren might discover it and bring it back to life.

In fact it wasn’t the future grandkids that would breathe new life into The Secret Lake. I took a year-long sabbatical from my consulting work in late 2010 and pulled my stories out again. Around that time self-publishing via Amazon’s CreateSpace was being talked about online and, once I delved deeper, I knew it was for me: it would put me in control and allow me to get my story in front of children instead of sitting unloved in someone’s slush pile. I had been working in web content design for 10 years, I do things professionally and was up for the challenge.

So was being in control all plain sailing? Absolutely not!

No one I knew of was self-publishing in the UK, and I hadn’t come across any children’s authors self-publishing anywhere else. It was a lonely business (no ALLi then), and formatting tools were few and far between – and extremely clunky. I had lots of setbacks, but did find good support via the CreateSpace forums.

The Secret Lake was finally born in print and for Kindle in September 2011.

Marketing: The Long Road to Discovery

Once The Secret Lake was out, I set up a website, contacted and visited local bookshops and sent press releases to local magazines, newspapers and community newsletters, taking care to point to where it was stocked locally.

My first event was a reading in our local library. I was terrified that no one would turn up – or that I’d have hordes – and I burst into tears from nerves the day before. In fact, there were seven children, seven adults and the library staff. It was perfect. The librarian even served tea and cakes!

Thereafter I began connecting with local schools, which entailed a lot of research and persistence.

Gradually (very gradually), it began to pay off, and my local author brand started to grow.

My instinct that children still hanker after a good adventure story had proven itself long before its recent rise through the Amazon ranks, which began in April of this year (2018).

By the end of 2017, I had sold over 7,000 copies through a combination of school visits, local independent bookshop sales and signings in six branches of Waterstones (a major UK book chain) around southwest London – plus a steady trickle of online store sales in print and for Kindle in both the UK and USA.

During this time the then Head of Independent Commissioning for children’s CBBC also read and enjoyed it, and recommended I pitch it to the BBC and/or to independent production companies. (It didn’t get chosen by the CBBC in the end, and life got in the way after that. Pursuing the second option is now high on my task list!)

The Secret Lake has always been my bestseller at school visits, but raising its profile beyond live events and my local bookshops has until this year been by far the hardest part of being an independent children’s author.

And, of course, if people farther afield don’t know your book, then they don’t know to look for it – be that online or in high street bookshops. This in turns means that children won’t know about it in sufficient numbers around the UK to spread the word and so fuel further demand.

For me, what really made the difference (as I suspected it would) was when  Amazon UK opened up sponsored product advertising to indie authors alongside traditionally published titles in early 2018. This allowed me to make The Secret Lake visible online where parents are looking for similar children’s books.

The effect was almost immediate – and this was before I updated the cover in May. Its 45 reviews, which had slowly built up over the previous years, undoubtedly helped encourage sales on the back of my early ads, and these are now growing in number as more and more children read the book.

Word-of-mouth customer requests has also lead to independent and high street bookshops placing orders through Gardners’ wholesalers, with over 60 sales when I last checked. This is great news for bookshops and readers alike,and for once Amazon seems to be helping bookshops make more sales.

I’ve also started to receive emails from foreign publishers and agencies about rights. I’m under no illusion about how long these things can take and how, so often, things don’t pan out. But I shall be making the very most of every opportunity that comes my way to help spread the story far and wide.

Reflecting on my Adventure

As The Secret Lake continues to land on hundreds of doormats in the UK, US and Europe each week, I can’t help thinking back to those early rejections. I truly felt there was a gap in the market for more classic adventure stories – the sort I’d enjoyed as a child, but with a modern twist. I’m so glad that children, parents, librarians and teachers have confirmed my suspicions and given this story the chance to breathe.

Without Amazon and self-publishing this story would still be in its box.

How sad would that be? (Other than for those curious future great-great-grandchildren, of course..!)

OVER TO YOU Do you have a similar success story to share? We'd love to hear from you!

How to Market Children's Books Online

Karen Inglis is a successful self-published children’s author with close to 10,000 sales across five titles. She regularly goes into primary schools and has held many book signings in Waterstones and independent bookshops across southwest London. Her illustrated chapter book "Eeek! The Runaway Alien", praised for encouraging reluctant readers, has been used by the Beanstalk charity in support of the Get London Reading campaign, and her popular time travel adventure "The Secret Lake" was considered for adaptation by CBBC a few years ago. Karen is Children’s Advisor at the Alliance of Independent Authors and has been a regular speaker on panels about children’s self-publishing. She blogs about self-publishing at www.selfpublishingadventures.com, and you can find her author site at www.kareninglisauthor.com.