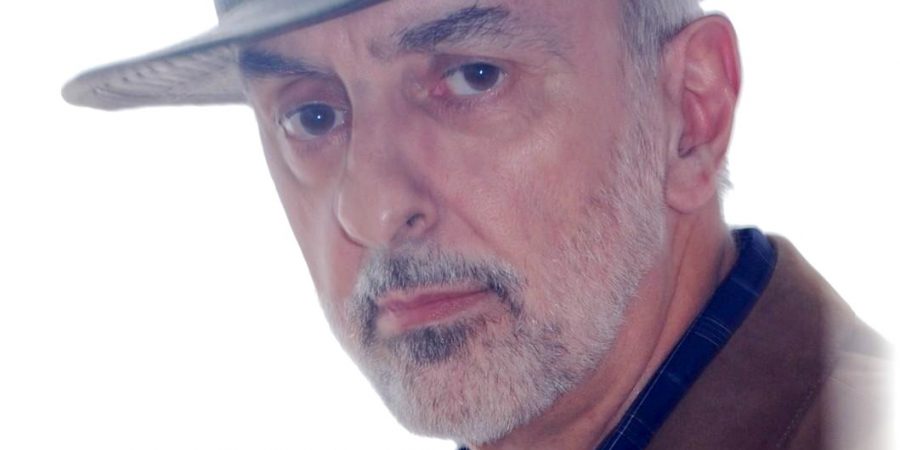 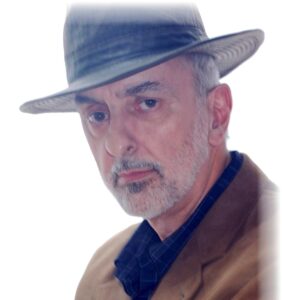 We had a super response to our  Q & A last week, the first in our new series highlighting and celebrating indie authors who are doing great things –  and not just in terms of sales. This week's follow up interview is another great read with best-selling vigilante-thriller author Robert Bidinotto under the ALLi spotlight. Solid storytelling and the creation of an iconic and inspiring series hero are key to crafting un-put-downable fiction, says Robert, and then there are those fan letters which often start with the greeting: “Damn you, Bidinotto – you kept me up til 4.00 am…”

Well, timing had a lot to do with the initial success of Hunter, my debut thriller. When I released it in 2011, it was during the Gold Rush days of the e-book revolution. Competition for reader eyeballs was less ferocious. Ereader sales were in a period of explosive growth, and new owners were still filling them with new titles. I also had some pre-established visibility in certain circles due to my long career writing non-fiction, so I had reasonably decent sales right out of the gate. Early reader reviews were terrific, too. Apparently noticing this, the Kindle book editors named Hunter an Editors’ Pick, placed it in a late-2011 promotion, and showcased it on a host of Amazon web pages. Sales skyrocketed after that – 50,000 copies in 35 days. 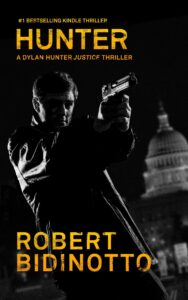 But since then, I think continuing sales are due to solid storytelling and my creation of an iconic and inspiring series hero – at least, that’s what I’d like to believe. I don’t believe sustained success as a novelist can be built on anything but well-honed storytelling skills.

I finally gambled on myself and gave fiction-writing a shot. You see, “Write a novel” had been on my Bucket List for decades. But I let fear and life distractions prevent me from doing more than occasional dabbling, in fits and starts. But losing my job as a magazine editor during the 2009 recession forced me to reconsider my career options. That scary income disruption proved to be a blessing in disguise. I knew that I’d hate myself if I never tried to achieve my dream of writing a novel.

So, I took the plunge. I was 60 years old when I finally got serious about it, and I finished Hunter just one hour before my 62nd birthday—which had been my deadline. Six months later, the book hit #4 on the overall Kindle bestseller list. As I look back, I wonder where I’d be today if only I had tried going for my dream much earlier in life. I hope other writers take heart from my example and start sooner than I did!

Very lucky, due to the market timing, as I mentioned earlier. With millions of new competing titles and authors, it’s harder to achieve visibility for your work these days. But it can be done.
I think the secret to enduring sales success is not luck, or milking fads, or marketing gimmicks. All that stuff is transitory, and much of it is out of the author’s control. I think the key is to develop, and then publicize, the elements that are unique to your work – things that cause it to stand out in an overcrowded marketplace as something fresh and different. It might be a compelling hero or heroine, a fresh plot, an imaginative new story world, or your own distinctive voice. But that’s what can set your work apart and get noticed by its target readers.
In book marketing, good positioning means offering your target readers singular, unusual elements that distinguish your work. Good branding means earning a reputation for writing stories with the elements your target readers find appealing. Those elements are intrinsic to your writing itself, and they’re totally within your control. So focus on your writing. If you do a great job as a storyteller, you’ll make your own luck when the right market circumstances come along.

It’s hard in a busy life filled with distractions. So, minimizing distractions during my writing periods is the first priority. Then, finding techniques to prime the pump of my subconscious and generate ideas. There are many. One trick I use when I’m stuck is to start typing a dialogue with myself. I ask myself what the problem is, then answer, conversationally. I ask my other self a stream of follow-up questions, teasing out further clarifications, and I jot down the replies as if I’m recording a chat with a sympathetic friend. After a while, the chat moves to “What would happen if…?” options. I’ll write like this for page after page, asking myself new questions and answering them, solving problems of plot and character. It keeps my mind productively engaged on developing the story instead of just drifting aimlessly, and on capturing the ideas as they occur to me.

I am a meticulous outliner rather than a seat-of-the-pants writer. My stories feature controversial themes embedded within the psychologies of their characters, which lead them into their conflicts. So my first priority is to develop my theme into a cast of conflicting characters, and then expand their conflicts into a solid plot structure. I find that I must work through the logic of all of that before I can begin to draft anything, or else I create incoherent messes and find myself at dead ends. 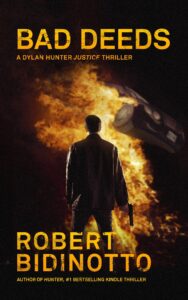 When I finally begin to draft the story, I proceed from beginning to end, rather than jumping around. I set word-count goals for the day, week, and month, and a target date for completion.

To date I’ve published two bestselling thrillers in the series. Hunter introduced Dylan Hunter, my mysterious, crusading reporter-turned-vigilante-hero. Bad Deeds further complicated Dylan’s life, especially his relationship with his remarkable girlfriend, Annie Woods. I’m now writing Winner Takes All, the capstone of the initial three-story arc. These tales all address controversial real-world issues, but in the form of entertaining, high-suspense thrillers loaded with action and romance. So I call them “thrillers for thinkers.”
After I publish Winner Takes All this year, completing the opening trilogy, I’ll take the series in fresh directions. Also this year Hunter will be published in Germany, and an audiobook edition of Bad Deeds will be released shortly by Audible, to join the existing Hunter audiobook.

Don’t try to follow ever-changing market fads. That’s the path to becoming a hack, producing inauthentic, forgettable junk. Instead, write what engages your passions – what you love to read – and write only for those who love the same kinds of stories.
But let me to add a second tip, about craft.

Your job as a fiction writer is to seduce your reader into your story world and captivate him so completely that he totally forgets the real world around him. That’s what it means to write a page-turner. So my one commandment is: Never indulge anything in your work that will break the story spell for the reader, whether it’s typos, factual or formatting errors, misspellings and bad grammar, or showing off in ways that call attention to you, the author. Those things jar the reader out of your story world.

My favorite fan letters are variations on: “Damn you, Bidinotto – your book kept me up till 4 am, and I was a total mess at work the next day!” When I get reader feedback like that, I know I’m doing my job and giving Dylan Hunter’s fans exactly what they want: a roller-coaster ride that they never want to stop.

AUTHOR BIO
Ever since he read Batman comics as a kid, the pursuit of justice became a life-long passion for Robert Bidinotto. Justice was the focus of his high-profile investigative crime reporting for Reader’s Digest and hard-hitting nonfiction books about the legal system. Now it’s the central theme in his Dylan Hunter thrillers, beginning with Hunter, a Wall Street Journal Top 10 Fiction Ebook and a #1 Kindle bestseller in Mysteries & Thrillers. Robert lives on the Chesapeake Bay with his musician wife, Cynthia, and their cat, Luna, who plays a supporting role in the Dylan Hunter stories. His website is www.bidinotto.com.