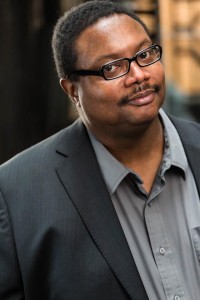 Indie author Gregory Delaurentis' account of organising a blog tour for his debut novel Cover of Darkness provides a useful case study for any writer seeking ways to raise the profile of their self-published book before a new and wider audience. 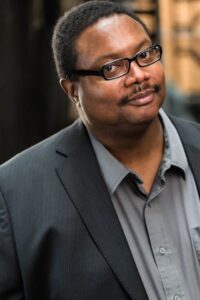 After finishing a successful one-month Facebook and Goodreads campaign, I needed to keep the momentum going to increase the discoverability of my book. A Google search of my name and book title produced less than a handful of returns. I had barely made a footprint on the expansive surface of the Internet.

I needed another move to push the book forward. I don’t really remember where I found the phrase ‘blog tour’, I think it was in an article somewhere, but I began to research the idea on the Internet and found a few useful articles. I found it interesting that traditional publishers were using blog tours for their clients because regular book tours were not bringing in the sales or the readers to make them cost effective.

The articles I found didn't go into many of the questions that I had, such as what where the real mechanics a blog tour. All I knew was that if I began a blog tour, I would have to go in blind.

It may have been one of the articles that mentioned Goddess Fish Promotions, or their name may have been the first brought up by a Google search, but I was certain that Goddess Fish was the company that I wanted to use. I had a feeling, and I always go with my gut. I contacted the ladies at Goddess Fish, and paid for the ‘full service premium book tour’ for four weeks.

Preparing for My Blog Tour

Goddess Fish Promotions moved fast. I started getting email rapid fire with instructions and questions. I provided pictures of myself and my book cover, a bio, blurb, three excerpts, interview questions and blog topics. There were a lot of essays to be written and questions to be answered even before the tour began. Further, they wanted a copy of the book in PDF format to give to any bloggers who wanted to review the book. This gave me pause for a moment, but with my desire to get the book into the hands of readers, if a few reviewers didn’t pay for it, it really wasn’t a loss.

All this information gathering was to give the bloggers fodder for their posts. They were given all the information that they needed and then some time to set up their blog page as an interview or review or however they wanted to present their post.

Goddess Fish also gave me helpful and detailed instructions such as:

I’ll be honest: I wasn’t too good at number 3,  but I was available throughout the day responding to those that commented.

I was also instructed to use my social network connections during the blog tour such as:

The promoters expect you work just as hard as they do. They want you to make the most of this opportunity to build your online presence and name recognition, to grow, to shine and to show off your work. They also want you to Google yourself to gauge the impact of the blog tour. That, I learned, was the gist of the blog tour.

How My Blog Tour Progressed

When the tour began it was inauspicious. It was a post on a blog with some of my answers to questions set out as an interview, with my blurb, my bio, and an excerpt. This was repeated with some variation for the next four weeks.

It had also been suggested that with my introduction each morning I pose a question for the blog hosts to ponder. I did this sometimes, not often, and it engaged a few posters, as did my comments. I found that you can’t make commenters involve themselves in the tour, they come to that on their own. Some asked questions, some commented on my comments. I thanked everyone as a group and individually. There were some commenters that even followed the whole tour, appearing and commenting at every stop. It was encouraging to see them every day and I thanked them for it.

Further, I saw my blog tour as a good opportunity to make and use a book trailer. So I went ahead, created one and hurriedly gave it to my blog tour promoters, who immediately included it in the tour. It was a good move. Don’t pass up an opportunity to catch the attention of a reader.

Satisfied with the Results

As the tour gathered momentum, the inauspicious beginning became more dynamic, exciting and fun. I looked forward to the next day to see what its post would look like and the comments that I would receive. I didn’t concern myself with the number of individual comments, as I was advised that many more people might have visited but not commented. Every day my Facebook likes increased and my Twitter followers ballooned. This is what I wanted.

Somewhere I read about a Law of Three that if a person sees your book in three different locations on the internet, e.g. a website, a blog site, a vendor site, or any mix thereof, they will be more likely to buy it. A blog tour is a great way to make your book appear in more places online. Don't worry if there's no immediate gain in sales during and after a tour. Just consider that the seeds have been sown and that eventually you will see a rise in sales.

Whether, like Gregory Delaurentis, you paid a third party provider to run your blog tour or whether you organised your own, please feel free to share your experience via the comments box below. Top tips, best practice and cautions are all welcome!

Gregory Delaurentis is an author of crime fiction and lives in New York City. Gregory finds himself drawn to things unusual, to the NYPD, and to things seedy and dangerous and writes about these fixations that intrigue him. His book "Cover of Darkness" is on sale now on Amazon and other online retailers.