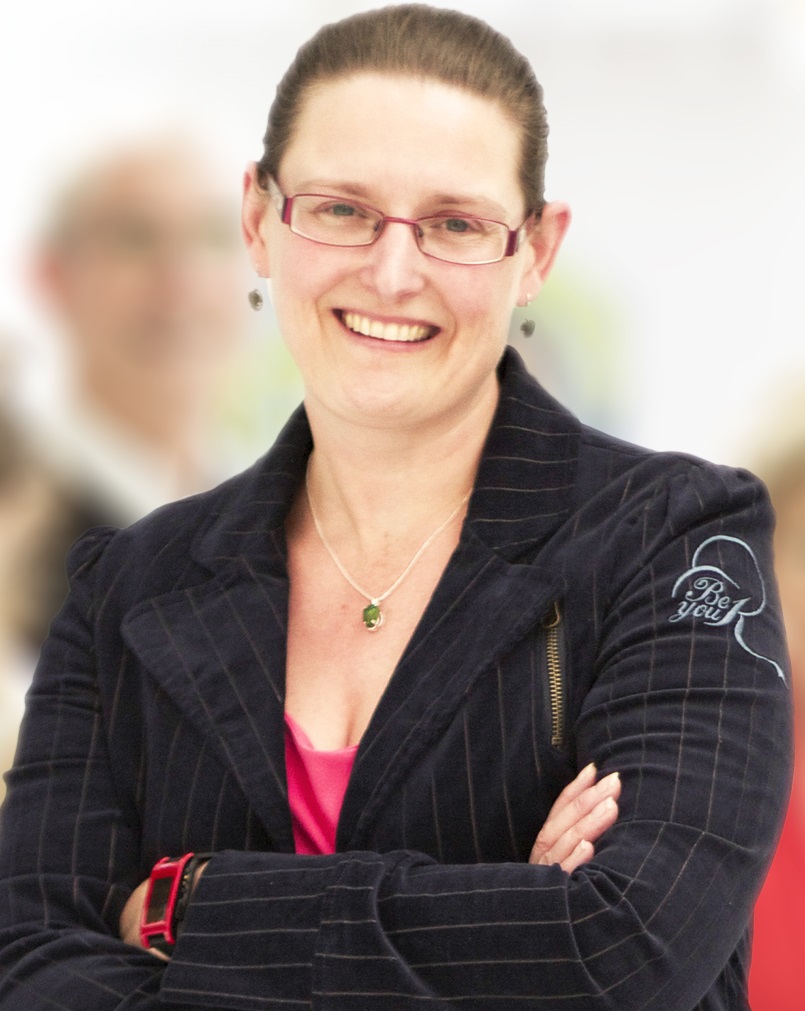 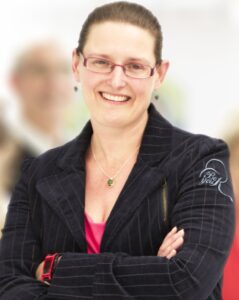 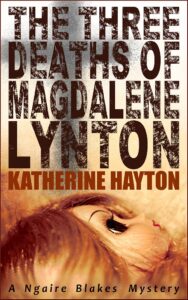 The novel selected for publication by Kindle Press

Back in January, I ran a Kindle Scout campaign for my fourth full-length novel, The Three Deaths of Magdalene Lynton, and was accepted for publication by Kindle Press on the 8th February. After the effort of the campaign, I was excited to be selected, and so far my experience with Kindle Press has shown me they can sell a lot more of my books than I could manage on my own. I'm in my second month (release date 29th March) and I think I'll have earned out my advance by the end of this month, or early next month, so it seems on track with their expectation of 25k over five years.

Because they're an Amazon imprint, they have access to place their published books on the advertising slots available to Amazon, and their aim is to place each book in some kind of promotion every ninety days or so. These range from month long $1.99 promotions in genre selections to individual book titles featured on the $0.99 Kindle Daily Deals. From talking with other authors in Kindle Press, there are mixed results among the books they've selected. Some authors have taken a year or more to earn out their advance of $1,500, while others have earned over $12,000 in their first year.

An author with Kindle Press retains a lot more control than they would with a larger press, so I had final say over all edits, title, cover, and book description. Anything else (eg categories) can be suggested but not necessarily taken on board. The pricing is determined by word count and seems unshakable apart from a book’s inclusion in discounted pricing promotions. If there's anything about the book that Kindle Press thinks will harm the chances of promotion slots, they'll discuss it directly with the author so they have the chance to either change it or stick to their own vision.

The contract is available for anyone to view on the Kindle Scout website and is written in plain English. The rights taken up by Kindle Press are for the ebook and audiobook only, although they haven't created any audiobooks from the selected winners so far. Authors retain the print rights, so I've put mine out through Ingram and Createspace as I usually would. The royalties are lower than for self-publishing, at 50% rather than 70%, but the agreement includes KU & KOLL at standard book prices rather than pages read, so authors earn their full 50% royalty on a book once it's 10% read. They also include editing, although that doesn't form part of the contract, and either perform that in-house or contract out to Kirkus.

It's a new, small press so the staff working there are stretched pretty thin. That said, I've had two issues that I needed an urgent response to and on each occasion I had a response within a few hours. Non-urgent responses can take a lot longer though, and there are some responses that seem to come straight from Amazon's stock email reply reservoir.

There's also a support group on Facebook for Kindle Press authors that is very active. They share a lot of information and experience, similar to this group, so new authors have support on their journey. Kindle Press authors cover a wide range, from multiple titles self-published to debut authors, from traditionally published to published through other Amazon imprints eg Thomas & Mercer.

At least two of the books initially picked up through the Kindle Scout campaign (there may be more) were signed to Little A, and one of the initial Kindle Scout authors was later republished by Montlake and currently has a Kindle World operating.

So Far, So Good

My experience so far has been great. There were a few teething issues getting my book out to publication (blurb wording which I later overrode in Author Central and a few conversion errors) but they were all sorted quickly. Everyone I've dealt with at Kindle Press is lovely, and the authors group is fantastic and very collaborative.

Some of the previously self-published authors have expressed concern over not having full control of price pulsing as they would with their own publications. With pricing promotions, there’s often no lead time, so where self-published authors would like to try for simultaneous placement with ENT, Bookbub etc they aren’t able to.

Freeing Me to Write

Personally, I’m happy for Amazon to deal with marketing while I deal with writing the next book in the series. To me, it’s a luxury to be able to sit back and not worry about organising the next Kindle Countdown Deal, or try for another email promotion spot. I’ve attached a graph showing the difference between what Amazon has achieved (without a price drop or similar promotion) and what I managed with my last self-published title using a bit of everything. 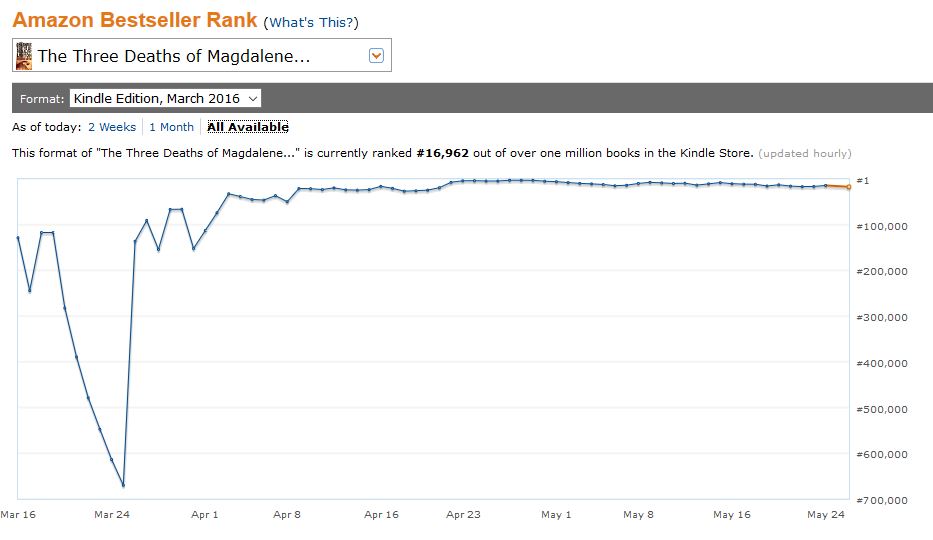 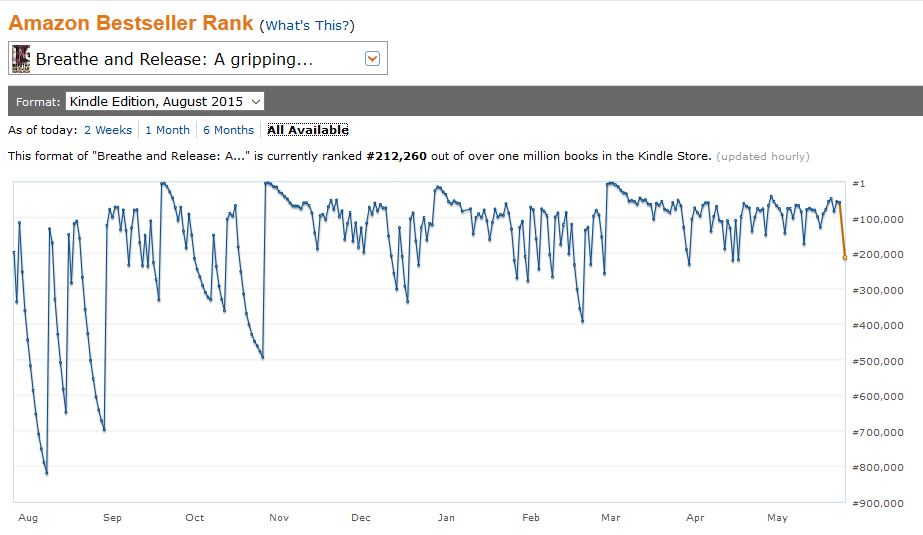 Graph showing my own results for a self-published book

This is the first time I’ve published a series, and I’m still ecstatic that Kindle Press accepted my book for publication. I’m pleased with the results so far and will be attempting to sell my second book in the series, The Second Stage of Grief,directly to Kindle Press at the start of June. Wish me luck! 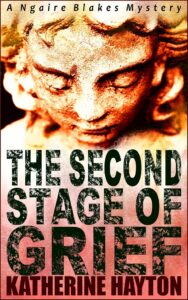 OVER TO YOU
Have you had experience, good or bad, with Kindle Scout and Kindle Press, or any other Amazon imprint? We'd love to hear how you go on!

Katherine Hayton is a 42-year-old woman who works in insurance, doesn't have children or pets, can't drive, has lived in Christchurch her entire life, and currently resides a two-minute walk from where she was born. She has self-published three mystery novels and is still on a steep learning curve that she wishes would stop soon because she hates exercise and heights. Almost equally.