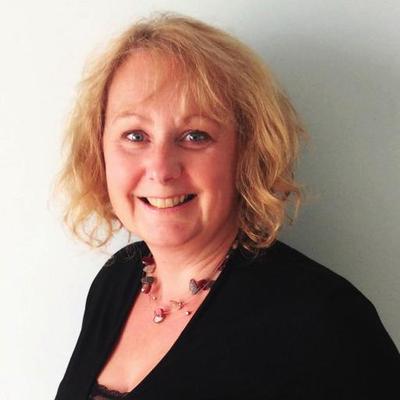 Self-publishing Success Stories: Giving Something Back – Setting Up a Conference 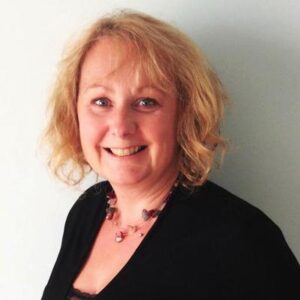 Christine Hammacott, author and book designer, describes how she set up a self-publishing conference

In our new occasional series about indie authors paying it forward, British author and book designer Christine Hammacott talks about why she decided to create a publishing weekend for the benefit of the indie author community, as part of Portsmouth's BookFest  a not-for-profit event run by Portsmouth Library Services and Portsmouth University. Will her case study inspire you to do something similar for your community?

You never know where things are going to lead…

If someone had told me twenty years ago that I’d be organizing a weekend publishing conference, standing in front of one hundred people talking about thinking of your book as a product, I’d have laughed. Not me. I’m okay behind the scenes, but I don’t like being in the spotlight.

But sometimes the desire to share knowledge is stronger than personal, and often irrational, fears.

Inspired by my Own Experience of Going Indie 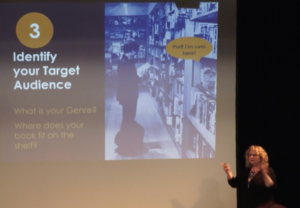 Having been writing for around 25 years, I’ve seen the depressing decline of options for authors through traditional publishing. I had begun to wonder if any of my writing group was ever going to ‘get lucky’, even though they were all exceptional writers. There were several near-misses with agents, one was accepted by a publisher then dropped before the contract was signed, and one was taken on by a small publisher who has since ceased trading.

Then Amazon came along, and in 2013 one of the group suggested setting up a co-operative to self-publish. At first, I admit I was sceptical. Then after consideration I realized I could either sit around waiting on other people for the next 5-10+ years, or I could get on with it via the co-operative.

If nothing else, I felt I would be able to say that I am a published author and start building my author brand, even if it did initially feel as if I was sacrificing my baby.

Also, my philosophy though has always been that it is better to have ten people read my book than for it to remain in the drawer with no one reading it. So three of us traded skills and self-published, and to date we have produced twelve books between us.

Drawing on My Design Background

In my day job as a graphic designer, I’ve worked for various design agencies for well-known brands, and I’ve also worked for a publishing company doing book design. In 2008, I set up as a freelancer to fit in with family commitments. I work primarily for businesses creating things like branding, brochures and websites (and a whole lot more). As a result of doing the book covers for the co-operative, I started being recommended to other writers wanting to self-publish, so I added book cover design and formatting to my remit of offerings.

Identifying the Need for a New Conference

Working with authors on a regular basis has shown me just how nervous authors are about self-publishing, especially with their first book. And there are always the same questions to answer as I hand-hold them through the process. So when Portsmouth Library Services asked for ideas for inclusion in the Bookfest programme I suggested a publishing event and set about putting together a programme. It quickly became obvious that we were not going to cover much of the subject matter in one day and a full weekend was decided on. The logistics took a while to work out, but the event went ahead in 2018, and the comments we received afterwards were that it went extremely well, and I was asked to do it again for 2019.

Gearing Up for the Second Annual Conference

This year our, programme includes talks by:

So why am I spending hours of my time sorting out all this when there are so many other things I could be doing instead?

Why I'm Glad to Give Something Back 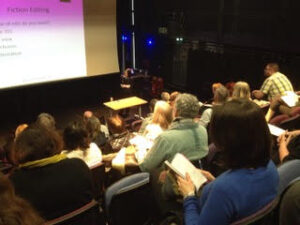 From its launch, Christine Hammacottt's Publishing Weekend has been well attended

Well, the self-publishing community is largely a very generous one, and there is a lot of help out there if you know where to look.

I’ve been helped along the way with advice from people who have gone before me so it’s really nice to be giving something back myself.

By pulling together a team of experts to share experiences with those new to the publishing process we can help make the process as painless as possible.

I’m really proud of the Publishing Weekend programme. Event organizing is not something I’m used to doing. Neither is public speaking which takes me completely out of my comfort zone, but it’s all confidence building and the sense of achievement is immense, something I hadn’t considered when I originally put the idea forward.

FOR MORE INFORMATION
To get ideas and inspiration for organizing something similar in your community, to view the full programme, and to book tickets, visit the website: www.portsmouthbookfest.co.uk/2019programme.

Portsmouth Bookfest Publishing Weekend is a not-for-profit event by Portsmouth Library Services and Portsmouth University. It runs Sat 2-Sun 3 March, 10am-4.30pm, at the White Swan Building, Guildhall Walk, Portsmouth. Ticket price is £30 per day or £50 for the weekend, including networking lunch.

A great way to give something back to the #indieauthor community: set up a #selfpub conference for your local community - an inspiring case study with @ChrisHammacott Click To Tweet

Opinion: Why I'm Paying It Forward in Self-publishing

Opinion: A Celebration of the Generous Spirit of Indie Authors and the Self-publishing Community

Christine Hammacott writes psychological suspense novels in which she explores how ordinary people cope when they are thrown into extraordinary situations, where crime infringes on someone’s life and a character is forced to confront situations they have no idea how to deal with. Her debut novel The Taste of Ash, exploring the aftermath of a fire and stalking, is set in Portsmouth. She is currently editing her second novel which will be published this year. In her day job, Christine Hammacott works as a graphic designer and has runs her own design consultancy, The Art of Communication, since 2008. She works with small and mediums sized businesses and individuals to create strong brands across all aspects of marketing, from business cards and leaflets to websites and social media. She has worked for design agencies on projects for large corporations and has also been a book designer for an Oxford publisher.