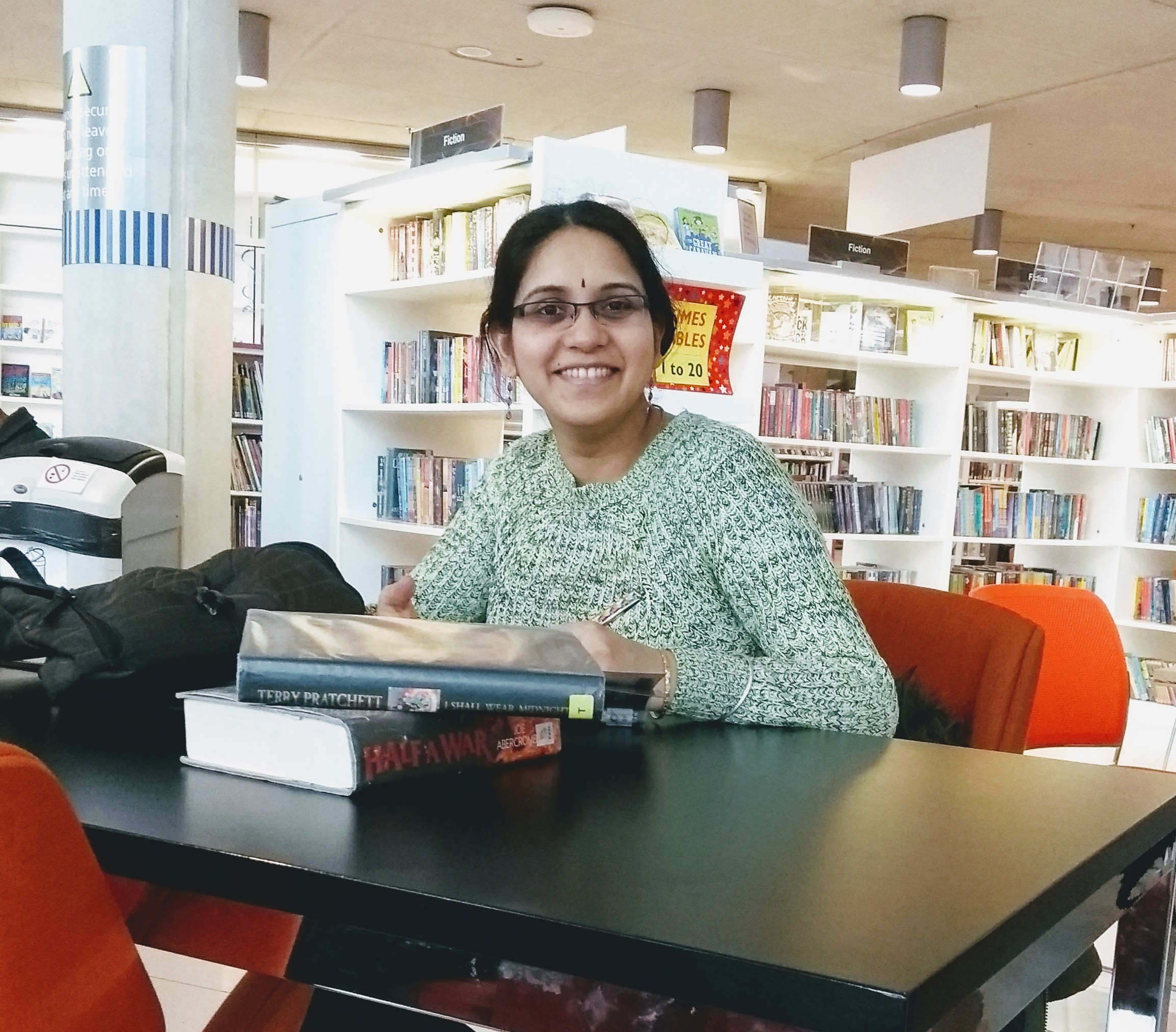 Opinion: Follow Your Dreams – or The Triumph of Perseverance over Pessimism 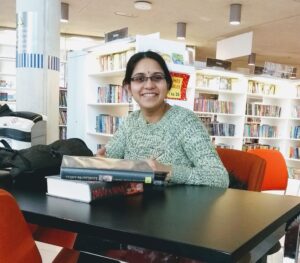 Saiswaroopa Iyer shares her journey as an indie author

In an inspiring start to our blogging week, Saiswaroopa Iyer shares the key lesson she has learned from her three-and-a-half year journey as an author: don't give up, just follow your writing dreams, because perseverance trumps pessimism. Her story will inspire authors at every stage of their self-publishing career, from aspiring newbie to seasoned bestseller!

I remember this today as I just negotiated my terms with the publisher for my second commissioned novel. About 40 months back, I hit the publish button on Amazon’s KDP Portal, bringing my first novel to the market. Abhaya, my first book had been a story so dear to my heart that it drove me to the self-publishing scene. I remember these 40 months with a sense of satisfaction (A long, long way to go before I call it done, but the journey so far has been fruitful), and I want to share it with the newbies authors out there. 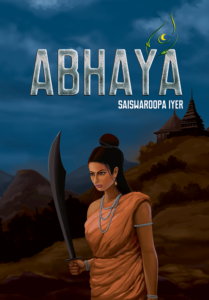 When I published my first book as an indie author, I had no marketing plan. I assumed that magic would happen. It did happen in its own way though.

Often, magic accompanies its friends: planning and perseverance. They form a great team together.

This was a lesson I learnt down the line.

After the initial spurt, my sales had plateaued, and I was stuck in the early phases of writing my second novel. I was clueless about breaking this first ceiling. It started to affect my writing too. I was torn between marketing the first book and writing my second. A part of me wanted to give up.

I then met a gentleman, another author, during London Book Fair 2016. When he heard of my confusion, he smiled and said something to the effect of, “think about the time in future when you have three or four books to market, event invites that you cannot refuse, multiple ideas waiting to become books and so on.”

I had to laugh for the guy seemed too optimistic for my future. It was hard to imagine that point when I was visibly struggling to add 500 words to my draft and a voice inside me was telling me to give it up.

I thank my emotional side now. I disregarded that pesky voice. If a stranger could believe in that future possibility, why couldn’t I? 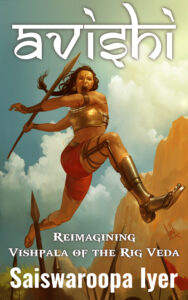 I persevered. Guess it was the universe’s test and I passed it. My second novel too saw the light of the day. This time, I applied some of the learnings.

The gap of about 20 months between the first and second books helped me assimilate what I learnt regarding cover design, working with bloggers and reviewers, social media engagement, engaging with cultural organisations with who my books struck a chord and so on.

This time, it was rewarding. It is still rewarding. Last year, I sold the screen adaptation rights to my second novel, Avishi, to a major Indian production house. The best part, the production team approached me and not the other way.

This was not all, the commissioning editor of Rupa Publications, one of the biggest publishing houses in India approached me to write for them because they could see my indie novels were doing well. (Did I not say magic happens, but in tandem with planning and perseverance?)

Where I Am Now

Today, I have pushed three novels onto KDP, published my fourth with that publisher and writing the fifth. I am thankful to all visible and invisible forces who accelerated my trajectory.

I want to thank that ‘me’ in 2016 who believed in herself and trudged along when the going got tough. 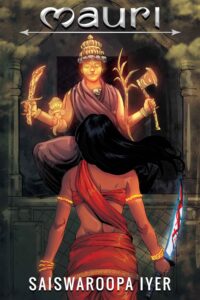 I've summarized my learning below for the first timers and sophomores out there.

Look out for the positives and acknowledge them frequently
My first book had succeeded in hitting the #2 spot in its category, earned an appreciative tweet and a blurb from a bestselling author of my genre, and, most importantly, got rid of the word ‘aspiring’ from the ‘aspiring author’ phrase in my bio. Taking stock of the same made me give my best shot for the second and then there was no looking back. Acknowledging the positives keeps us humble, grateful and also focussed, for we know what got us those and what we need to do to keep those coming.

Respect and follow the process
The indie journey is a roller coaster ride with highs and lows. Enjoy the moments, but follow a process. Detaching myself from those emotional twists helped me put my head down and work through my drafts. The process I followed included idea critiquing (I use Nick Stephenson’s Story Engine process) to plotting (a two-level process that I put together) and keep at it. As boring as the word seems, process is what keeps us writing irrespective of hits and misses. Keep writing till you realize you can’t give up.

Network with the like-minded 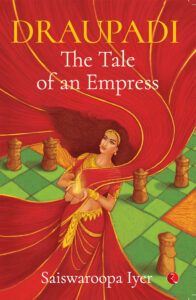 Networking with other authors, learning from the ones ahead and inspiring those behind is a rewarding experience. You realize that you are not alone. You realize that the path has been cleared and you just have to follow it. You may stumble upon new paths and blaze the trail for others. I learnt about the inspiring journeys of Joanna Penn, Mark Dawson, Nick Stephenson and other awesome trailblazers through my association with ALLi. I learnt from and supported the authors of the ALLi (the London chapter). Sharing knowledge works wonders. I am also a part of other public and private groups. Each network has a unique way of peer support. Contributing always rewards with some added learning and Karma does favour.

Believe in yourself
It is this belief in self which valiantly keeps pessimism at bay for me. As a practising Hindu, I belong to a school of thought called Advaita which says we are one with the Supreme and inseparable from it. The thought is empowering. Whether you have just the first idea, a draft or a single book out, remember that you were chosen by it out of the whole world out there. Believe in yourself. You owe it. You deserve it. Perhaps, the future ‘you’ is also waiting to thank you. Don’t disappoint yourself.

OVER TO YOU If you'd like to share your story of a long journey to self-publishing and writing success, we'd love to hear about it.

#Indieauthors - take heart from Saiswaroopa Iyer's inspiring story of how perseverance and planning paid off - and triggered a special magic in her #selfpublishing journey. Click To Tweet

Why & How to Build a Book Project Plan

Saiswaroopa Iyer (Sai) is an investment professional turned author of four best-selling novels, all based on powerful women from Ancient India. She is also an editor and a soon to be writing coach. Find out more at her website, www.saiswaroopa.com.