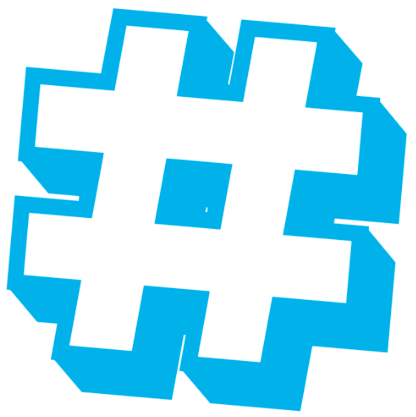 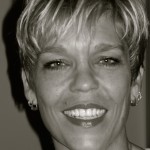 Ian Sutherland's keyboard was on fire Tuesday as he fielded questions at our August #AuthorALLiChat. The Topic of conversation was how his Twitter following has grown to 40k, and he gave tips on how other authors can promote their books on Twitter without being sleazy self-promotion hounds.

This is all part of our monthly Twitter Chat series with self-publishing industry subject matter experts, and below is a summary of the key takeaways from the chat with Ian.

What piqued our interest in your book @IanHSuth was the focus on your #SHARP strategies … here's how Ian describes them:

SHARP came about because I needed to articulate the principles I abide by as an #author on Twitter. Ian

The point of all this is that if you follow the SHARP principles, you are adding lots of value to your followers, which means you then have a earned the right to do some book promotion in moderation. 80:20 or 90:10.

It's like a license to sell. (I hope Ian Fleming would approve)! Ian

It’s important to have these SHARP principles because Ian recommends a bunch of automated tools to help keep your Twitter activity down to 15 minutes per day.

Left unchecked, using automated tools turns can turn you into nothing more than a robot which is not good. That's why implementing a SHARP approach is so important.

Ian recommends tweeting on lots of different topics around your book's theme or subjects, but one of the secrets to tweeting good, fresh content is RSS feeds.

When you subscribe to RSS feeds from relevant websites in your book's theme or genre, it's a never ending supply of content

Using a tool like SocialOomph, allows you to automate the conversion of new posts into tweets, with no additional effort.

Ian reviewed lots of applications to schedule tweets, including Hootsuite and Buffer, but found them too limiting.

What Other Tools are available to Authors?

I remain personable (despite so many followers) by using TweetDeck to track any @mentions. Then I reply personably. Always! Ian

What are some of the popular Hashtags to use in your Tweets? 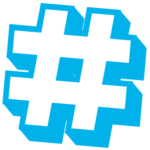 Here's a selection of hashtags that are used by the Indie Author and self-publishing community:

If you come across a hashtag you're not sure of, you can check it's definition on a site like www.tagdef.com.

Some other useful hashtags:

The reason these hashtags are important is because many other authors will RT you, improving your reach exponentially.

Is there any value in using two separate Twitter profiles?

This is an interesting dilemma for an author. Should you have one account for personal tweets and one for your author profile? Here's what Ian had to say:

Yes and no! No, because it's a nightmare to maintain. I know because I have two! Yes because I target two different audiences, and what I tweet to each is very different.

If you do all the added value activities in Twitter, you will attract new followers without implementing an active follow/unfollow strategy.

But if you want to influence people to buy books, you need lots more followers. The more followers you have, the greater your reach.

At the end of the day, Twitter (as a tool for book promotion) has to be a numbers game. The logic is that many people follow back people who follow them within a few days. Therefore, if you follow more people, you gain more followers. A necessary evil on top of the nice organic strategies. Ian

When you get to 40,000 followers, your tweets really do have more reach and influence — as long as you don't just promote your books. (Back to SHARP)

With how quickly our world and technology evolves, I was interested to learn what Ian's biggest learning was since working his strategies, here's what he had to say:

When I wrote it I said the P in SHARP was the most important. And it's proven true. Be Personable. Ian

Which shouldn't be too much of a surprise to use. After all, it's “Social” Media, and if you lose sight of this pivotal aspect of your activity … you're just broadcasting and not engaging.

How do I implement my own Twitter Strategy for Authors?

Ian recorded a series of 10 free instructional videos that explains the key concepts of his Twitter Strategy approach.

Here's the link to sign up for his video series, and a generous promo offer for his Advanced Twitter Strategies for Authors book 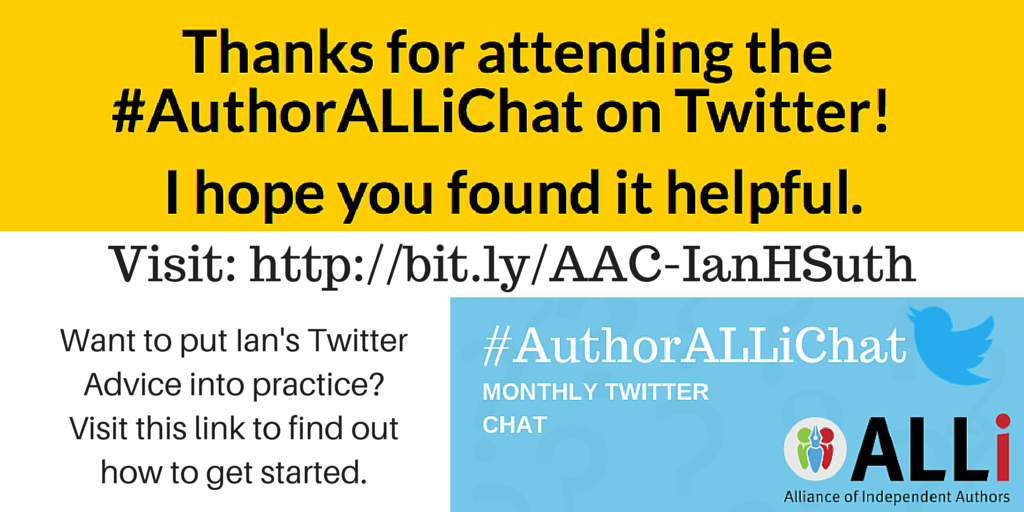