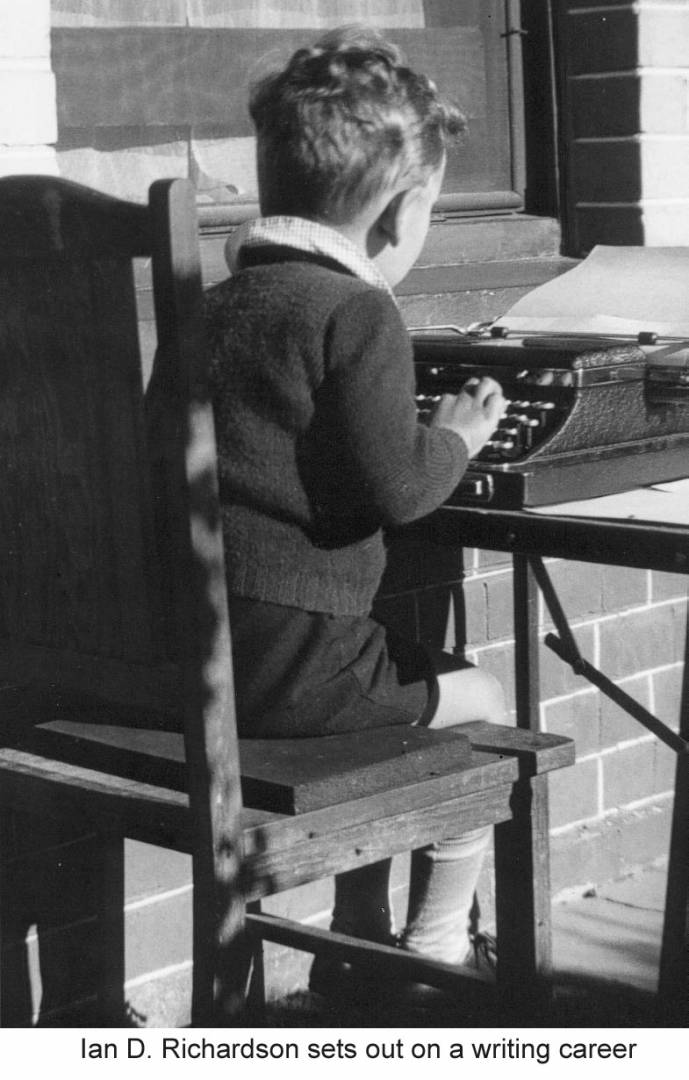 Opinion: Why It’s Important for Indie Authors to Be Opportunists 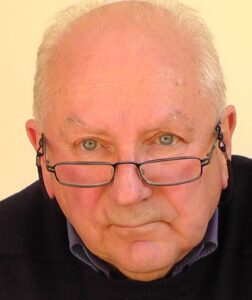 Most indie authors will be familiar with the plotter vs pantser debate: whether it's better to plan your book in detail before you start writing it, or to make it up as you go along. In today's Opinion post, Australian writer Ian D Richardson applies that principle more broadly to the whole of his writing career.

Some writers plan their lives; some don’t. I’m one of those folk who have planned almost nothing about their lives.

I can’t make up my mind whether this is from laziness or a lack of commitment or a deep-seated fear of failing to achieve a lifetime of targets. It’s probably chiefly the last of these three, if I’m honest.

I have known ambitious people who have led miserable lives never achieving things that they regard as their due. Not me. I can’t be bothered. But having stated that, it is a serious mistake for a writer not to make the best of the opportunities that come their way.

What to Expect of a Writing Career 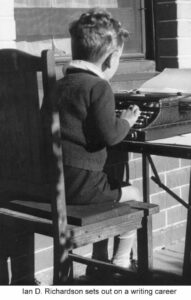 Following in his father's footsteps

Although I have always loved writing, it was never my expectation that I would become someone who earned a living from it. As a teenager in a small Australian town I worked after school for the local jeweler and watchmaker, and it had been agreed that when I had completed my schooling I would begin a formal apprenticeship as a watch repairer.

But it wasn’t to be. My father, who owned a small printing business and edited the local weekly newspaper, had other ideas. Unbeknown to me, he was losing a struggle against cancer and he needed me to help out in the business.

So began an apprenticeship as a printer, learning skills that have proved useful to this very day.

After my father’s death, my mother took over the business, and as she was not a journalist, I found myself with the opportunity to contribute a growing number of articles to the newspaper, affectionately referred to as “the local rag”. A few years later my mother remarried and sold the business, and I moved on to broadcasting journalism in Australia, then the BBC World Service.

My Unplanned Path to Authordom

None of this had been planned. It just sort of happened. But I am hugely grateful for the skills I acquired along my haphazard route, particularly in radio and television news which taught me there can be no such thing as writer’s block in that medium.

The quickest way to be fired in broadcasting is to tell an editor “I can’t think what to write”. 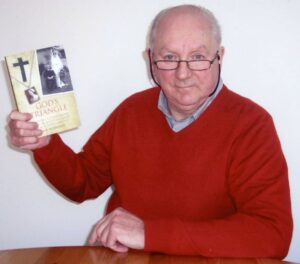 After I retired from the BBC, I did the usual lecturing and consulting stuff, but still without any plan to write books. Instead, when I stumbled across a scandal in my own family, I thought of it more as a film than a book. It was a chance suggestion by my wife that prompted me to match the screenplay with a book, God's Triangle.

Then a discussion with a journalist mate led to another screenplay and another book – this time about the moral challenges facing foreign correspondents. Now I’m writing a novel version of the first book.

I have a few other possible books that I might produce, if I don’t get too distracted by writing for blogs and contributing too many postings on Facebook and Twitter, but if they don’t happen, too bad.

If this all seems a bit flip, it isn’t intended to be. My message is that if you want to plan your life and career, go ahead. But don’t get upset if it doesn’t quite work out the way you hope. Instead, I suggest you let life roll on while grasping those opportunities that do come your way and make the very best of them.

That’s my plan for a happy, disappointment-free writing life.

OVER TO YOU What's your take on Ian's attitude – would it work for you? Is his laissez-faire attitude a recipe for a better work-life balance, or is he out of step with the way the self-publishing sector is going? Has your approach to productivity changed during your indie author career? Join the conversation!

Indie #author @ian-richmed explains how his eye for an opportunity has driven his #selfpub success. Click To Tweet

Ian Richardson was born in Australia into a family producing local newspapers. He began his working life as a clock repairer, then as printer, then moved onto broadcasting in Australia and finally with the BBC in London. He was a founding editor of BBC World Television and the founding managing-editor of BBC Arabic Television. He has four screenplays in various stages of development and has published two books, the non-fiction God’s Triangle, and a thriller The Mortal Maze. Visit Ian's website here.