It's always worth looking for events in the public eye that are relevant to your books and which may therefore provide opportunities to draw extra attention to your work. British author and historian Lucienne Boyce took advantage of the launch of the new Suffragette movie to bring her non-fiction book, The Bristol Suffragettes, to a new and wider audience. Here she explains what she did and how it worked out for her.

Suffragette: The Time is Now 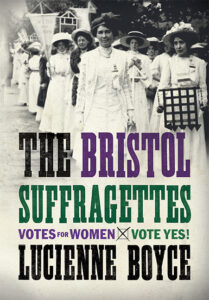 Sitting over copious cups of tea in a Bristol café a few weeks ago with fellow suffragette enthusiast Rebecca Furness, the conversation turned to our excited anticipation of the soon-to-be-released film Suffragette.  It was going to be big: the first feature film about the suffragettes’ fight for women’s right to vote. Even before its release, it made headlines for being the first time a commercial crew had been allowed to shoot inside the Houses of Parliament. “You know,” said Rebecca, “you ought to do something to coincide with the release of the film.”

The film was due to premiere at the British Film Institute (BFI) London Film Festival on 7th October, and selected cinemas around the country were going to be live-streaming this red-carpet event. As soon as we learned that the local venue would be Bristol Cineworld, Hengrove, Rebecca telephoned the cinema and made us an appointment to speak with the manager. We offered to put up some display stands in the foyer, and suggested I give a short (twenty minute) pre-screening talk outlining the historical background and suffragette activity in Bristol, with a book signing afterwards.

To our delight, the idea was enthusiastically received. The only amendment was that they preferred the event to be on the day the film went on general release, 12 October 2015.

In the interim, I’d discovered that, in recognition of the current ground swell of interest amongst young women in women’s rights worldwide, Film Hub North (part of the BFI Film Audience Network) and Showroom Workstation have partnered with Pathé for the release of Oscar-tipped Suffragette, to coordinate a national season of films and special events entitled “The Time Is Now”, running from October to January 2016.

We offered them our event, and we were thrilled when they agreed that it could be part of The Time Is Now programme – not least because that meant we now had some funding. In addition, they generously sent us some fabulous film merchandise – postcards, badges and ribbons – which we were able to use as give-aways.

Our main problem was publicising the event, as we only got confirmation of the date a few days in advance. That meant we had to drop our original plans of sending a press release to local print media, and focus instead on on-line media. We also used Twitter and Facebook, mail-outs to individuals and groups we thought might be interested, as well as my website. Bristol Cineworld put out as much advance publicity as they could via their own Facebook page.

In the normal course of things, I would start publicising an event like this as far ahead as possible, and I’d be sending out press releases to local media (including radio and television) at least four weeks in advance, as well as submitting details to on-line and other “what’s on” listings. 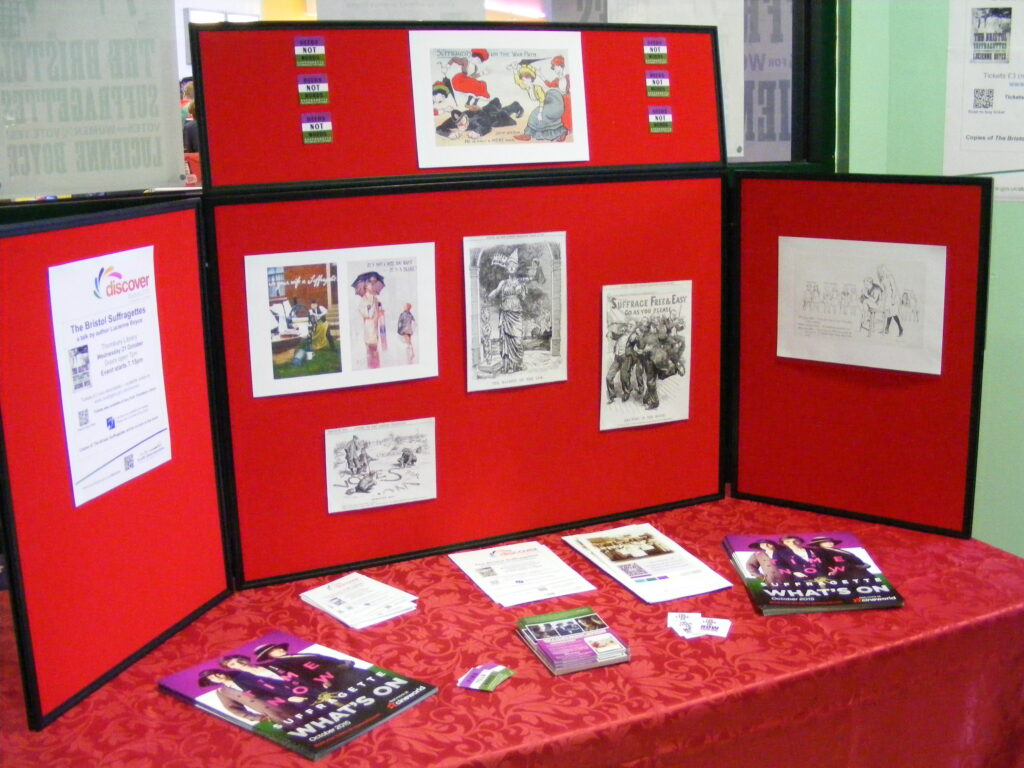 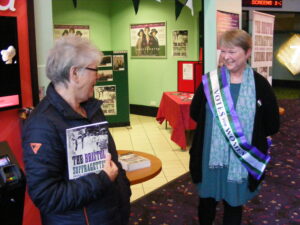 We had great fun putting together our display, and were able to make a little “Suffragette HQ” in the cinema foyer, complete with bunting in the purple, white and green made by the ever-resourceful Rebecca. It attracted quite a bit of interest, and helped to generate book sales. My talk, given before the 5pm and 8pm screenings, was very kindly received. And as an extra bonus I was approached afterwards by an actress who appears in the film as a “ju-jitsu suffragette” (I didn’t get her name – if she happens to read this it would be lovely if she wanted to get in touch!).

This all goes to show that keeping an eye on what’s happening in other media with a view to making connections to your book can be a fun, unusual and rewarding way of generating publicity and sales! 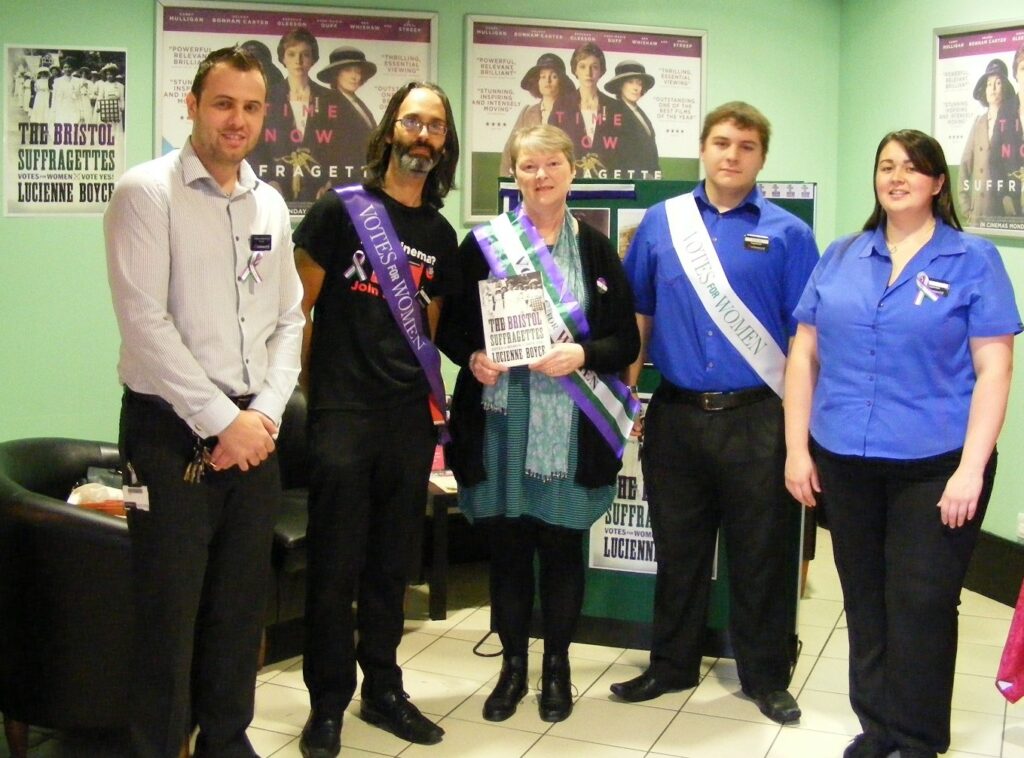 You can watch a recording of the “red-carpet” live-stream from the British Film Festival here https://www.youtube.com/watch?v=_2fc8EIjwCQ

Find out more about Bristol Cineworld on their Facebook page https://www.facebook.com/cineworldbristol/?fref=photo

You can find The Time Is Now here:

OVER TO YOU Please feel free to share via the comments box any case studies you have of similar ways in which you've exploited current affairs or topical cultural activities to promote your books.