Opinion: Where is the Great Indie Literary Fiction? 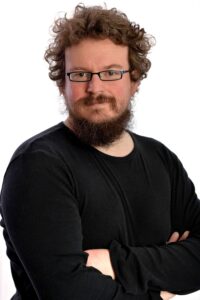 ALLi's News Editor Dan Holloway, author, poet, journalist, campaigner and performance poet, writes with characteristic passion about why it's important for both authors and literary award organisers to embrace self-publishing as the natural home for literary fiction.

Where is the great indie literary fiction? In short, it is nowhere. Or, if it is somewhere, we have no idea where, and until literary awards and media get their act together, that will remain the case.

Literary fiction has been on ALLi’s mind a lot of late. And it has never really been off mine. But three things have converged in the past couple of days to prompt me to write this, more as a plea than anything else.

Let me rewind a moment. I am sick to death of the fact this paragraph needs writing but it does:

I love genre fiction. I write genre fiction. Genre fiction can be great art. But what I don’t love is the anti-intellectualism that attends some elements of the literary/genre debate, which shoots down anyone who mentions “art” for being arrogant, which makes accusations of snobbery, which patronises or belittles the experimental, and has no place for anyone who wants to take their place on the wider historical stage.

So, let’s get clear what I’m talking about. Great literary fiction not only does change the world. In its own way it sets out to change the world (of course not all lit fic writers set out to change the world. Not all set out to write great literary fiction, and that is absolutely no negative reflection on them or their writing and I SHOULDN’T HAVE TO SAY THAT). However small that change, it has an awareness both that it is part of something larger and that it is contributing its own footnote to that larger thing. It has something to say, and it attains greatness when that utterance finds the technically perfect medium for expressing it.

And in the current self-publishing era, unlike with genre fiction (Becky Chambers’ Long Journey to a Small, Angry Planet being the obvious example), there simply isn’t any. 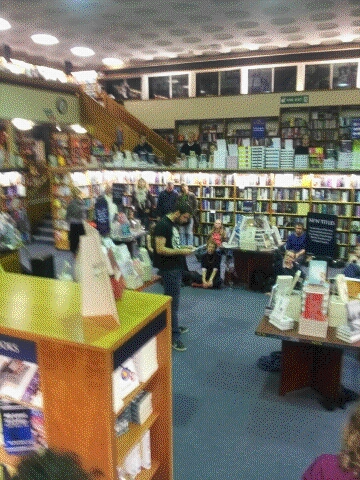 Performing his improvised punk rants at Blackwell's in 2010, Joe Briggs writes the closest I have ever read to great self-published literary fiction. If only he'd write a novel.

That’s not to demean my fellow literary fiction self-publishers. But it matters. It matters because too many people (and discovery websites) will tell you there is. And that does readers a HUGE disservice. Because they will stop trusting us.

There is a lot of very good literary fiction self-published. At least the equal of a lot of traditionally published work. And that’s fabulous to read, but it’s not great.

The problem is we have found ourselves in a Catch-22 that McBride’s comment captures perfectly. Many readers who want to read this kind of book still go for their recommendations to the prize lists, to certain places in the media. So as long as they remain closed to self-publishers, those who are most likely to produce great literary fiction will be most likely to go the traditional route – and the growth of fabulous small presses means they are more likely than ever to succeed. Yet because there has been no great self-published literary fiction, those prizes have little reason to open up. All the more reason that when they do, as the Young Writer of the Year has, writers consider self-publishing and entering. 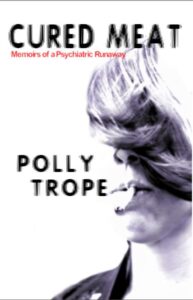 There are people self-publishing who have the potential to write something truly great. Rohan Quine is one of them (if he spends enough time with the right editor :p). Interestingly, the list I would reel off is significantly shorter than it would have been two years ago as more of those on it turn to small presses.

We need a great self-published literary book to open the media and the prize world – McBride’s brush with rejection was clearly not enough of a warning to them of what they might miss – which is very disappointing. But for that to happen we need enough writers who want to create that kind of book, who think that deeply about their place in cultural history and want to contribute a line, to stay self-publishing. We need a place for them to gravitate to, and we need the promise that they just may get read by the right people. And we need to be ruthlessly honest about just how rare great literary fiction is (whilst welcoming all with the ambition to write it).

OVER TO YOU We'd love you to join this discussion via the comments box, and Dan will be glad to reply.

ANOTHER PROVOCATIVE POST ABOUT LITERARY FICTION:
By Rohan Quine, whom Dan cites in his piece as a potential author of great litfic

Opinion: Why Literary Fiction and Poetry Should be Protected