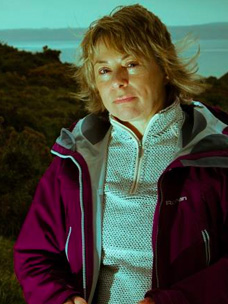 Opinion: The Value of Free Books – by Jan Ruth 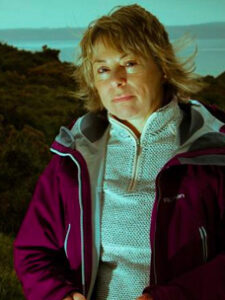 Self-published novelist Jan Ruth, based in Wales, shares the success story of how she used free book giveaways to raise her profile and boost sales of her novel Silver Rain, while querying the rights and wrongs of having to give books away in order to sell more books.

However, the indie industry is still relatively new and as with all things Internet, the goal-posts are forever changing. Even in the ancient days of traditional publishing, books were gifted in an effort to raise profile, so paying for promotion and offering free material is not going to go away. My experiment was more about the quest for visibility.

Giving away books remains a controversial argument. I admit, I find it hugely discouraging that, as indie authors, we are expected (quite rightly) to present carefully edited books with professional formatting and covers… but for free.

I’ve never done it, not with a full-length novel which has taken me a year to produce. I have a set of short stories long-term free, but I’m not convinced it directs readers to seek out my other titles, no matter how much they enjoyed the material. Why should they? All readers need to do is wait for the next email from Bookbub or Book Blast and choose accordingly; they don’t even have to wade through Amazon’s list of free books, because their preferences are catered for and sized down to a couple of choices a day. Two clicks, and their reading material is sorted for the following week.

My Approach to Free

From the author’s standpoint, this is a double-edged sword. I’ve had good results with both these promotional tools, but constantly relying on paid promotions is not really a viable long-term strategy. There has to be a bigger picture!

I chose to promote my latest title in this way partly as an experiment, because this time I wanted to split the performance between my own efforts through Twitter and my Facebook Author Page, and Book Blast. I did it this way because I wanted to achieve something long-term, I wanted to attract readers who would hopefully stay engaged and add to my slowly growing audience, my personal readership.

Over the three years I’ve been self-published, I’ve heard various reports about Facebook and Twitter being no good for authors. I’ve never quite believed this because these two mediums are immensely powerful in the commercial world. Companies with far more sales awareness sink considerable funds into Facebook and Twitter. I suspect the real truth is that they are either under-used, or misunderstood and not used properly. Yes, I fell into these categories!

I was most certainly under-using my author page. It had some 500 likes on it – peanuts, and mostly other authors. I was talking to myself. Thousands of readers who may be interested in my book didn’t know I was there, so I began by building the audience on my page by Promoting the Page. Facebook gives the option of targeting to subscribers who have expressed an interest in various subjects, so I chose keywords such as Kindle, reading, fiction, Snowdonia, and so on. Then I targeted the age and gender.

This cost something like £25, but I’m hoping this will be a long-term investment, reaching beyond the promotion of a single book. While the likes were building, I concentrated on garnering well-penned reviews from bloggers and beta-readers and posting these on the page, along with chat and photographs relating to the locations of the book – a soft sell approach. I created a pinned post about the upcoming free book. I was careful not to share items or books that were unrelated.

I did something similar over on Twitter, increasing the quality of tweets and the regularity of the flow, with Feed 140.

It’s very easy to get lazy with all this stuff and turn it to spam, so I gave it some thought. I wanted to sell me: my books, my brand. This is an important point. I’ve spent considerable time (and money!) on creating my look, my branding and who I am. I wanted to key into this, to make my products work harder. It was labour intensive, but I actually enjoyed it, because it felt like a real investment.

I promoted the book in two phases.

I set up Book Blast to mail out Silver Rain on Valentine’s Day only, which means in the UK the promotion didn't go live until 5pm. To cover all bases with different time zones, NS to be able to split the experiment with Facebook and Book Blast, I used 3 free days in KDP Select(13th-15th). 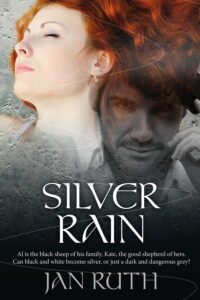 On the 13th, I stopped promoting the page and instead drew direct attention to the pinned post advertising Silver Rain as being free. This meant selecting Boost Post. This is the direct promotion of the free book via the pinned post, to all those people who have liked the page PLUS their friends. The estimated reach was something like 11,000. I was er… sceptical! There is a lot of data collected by Facebook during these types of promotions (see insights) and it was interesting to cross-reference the information with the use of Bitly. I could see the sales links clicks were telling the same story.

Silver Rain, at a price of £2.50 and a ranking of 250,000, was well down in the charts. I wanted to see if my efforts with Facebook (and a tentative dabble with Twitter) could bring the book out of obscurity before the paid promotion took over.

The results were astonishing.

Book Blast increased these figures to:

8,000 is a lot of downloads, and let’s be honest, half of those people may never read the book, BUT they helped push it under the noses of thousands of readers who didn’t know I even existed. I’m currently selling at normal price, with the book ranked in the top 3,000 overall and a small take-up of the other titles. I don’t think it made any difference whether the free book was my first, third or hot off the press. Those new readers will not be aware of any publication dates. All they see is the price, and then the cover.

What is interesting is that my sales in the UK have doubled, and I know this isn’t down to Book Blast.

Did I devalue myself? In a way, yes. It’s almost smelling like vanity publishing, and I’ve made more money from paperbacks purely because people will pay for a tangible item.

But this isn’t traditional publishing, and I think it pointless to compare with old methods. Experimentation with the tools we have available is vital. The only danger is to maybe exploit the reader or even ourselves, and this is where constantly offering free and heavily discounted IS under-selling and devaluing, but I can see how that black hole is ever-present and very easy to fall into.

Quality remains as my keyword, not only in what I produce, but in the way I promote too, and if used sparingly, I believe that free can be included under that umbrella.

What's your attitude to free books? Please feel free to share your views via the comments section?