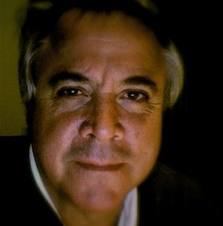 Successful self-published crime writer Pete Morin vents his frustration with the treatment of indie authors at Crime Bake and other writers' conferences.

This past weekend, I attended my fourth New England Crime Bake, a small conference of about 350 writers of crime and mystery, co-sponsored by the New England chapter of Mystery Writers of America and Sisters in Crime.

Like most conferences geared toward aspiring writers of any genre, Crime Bake focuses almost exclusively on helping writers go the traditional route. All of the author participants are traditionally published, and a dozen or so agents were on hand to find The Next Big Thing.

Besides the usual craft-centric panels (e.g., Anatomy of a Best Seller, Writing and Sustaining the Series Character, the Architecture of Murder), the big draw – and anxiety producer – for the majority of the aspiring authors was the “pitch fest,” that Waiting-for-Godot-like experience where you stand huddled in a crowded hallway until your time slot is called, and you spend 5 minutes trying to describe your novel to an agent who’s listening for one good opening sentence or you’re toast.

Anyway, so now at my fourth Crime Bake, having an agent and a first novel that’s done pretty well and garnered a lot of fine reviews, I felt like something of a veteran, unencumbered by the burdens of wishful thinking. 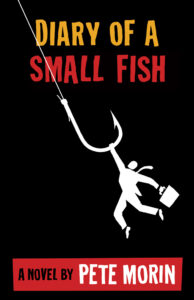 I met some new authors who were pitching for the first time, poor folks. I saw other authors I’d met at prior conferences, pitching their novels, yet again, this time after reworking both the pitch and the manuscript. How adorable and slightly depressing.

I also met a lot of authors like me. Authors who’d begun their journey seeking what we thought was a ticket to the Big Show, seen enough of the costumes along the way to realize it was all an elaborate circus production, and moved on to produce our own show.

A few weeks before the conference, I received (as a member of MWA) an email from the chapter President, informing me that those who’d had books published during the previous year were invited to submit their book cover, to be included in a big poster celebrating the publication of member novels. Covers of self-published novels were not eligible.

I sent a reply, asking why I should remain a member of an organization that couldn’t even throw a small bone to their self-published members. We’re not talking eligibility for one of their prestigious awards, mind you. Just the modest recognition that we, too, were authors of crime and mystery fiction. And dues paying members.

I received a polite, sympathetic reply. The organization is “too tied to traditional publishers” to be doing anything to recognize us. He had to “toe the company line.”

At the conference, I said hello to MWA’s membership director. She asked if I’d like to renew.

I demurred. Sooner or later, they’ll wise up.

If you think indie authors should be included in festivals, associations and other literary events, please sign our Open Up To Indie Authors petition at Change.org.

Pete Morin has been a trial attorney, a politician, a bureaucrat, a lobbyist, and now writes crime fiction and legal mumbo jumbo. When he is not writing, Pete plays blues guitar in Boston bars, and on increasingly rare occasion, plays a round of golf. He lives in a money pit on the seacoast south of Boston, in an area once known as the Irish Riviera. Pete is represented by Christine Witthohn of Book Cents Literary Agency. Find Pete at www.petemorin.com.