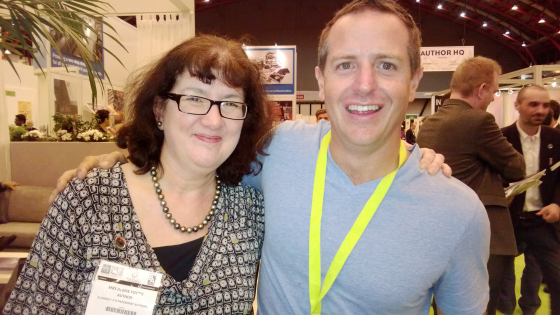 Opinion: Spotting The Elephant in the Self-Publishing Room

ALLi's blog editor Debbie Young, who co-authored the organisation's latest handbook, “Opening Up To Indie Authors”, speaks out about what sometimes seems taboo in the self-publishing community – the fact that there are so many poor quality self-published books. 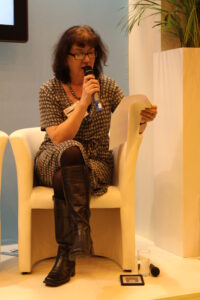 Now and again, when in conversation with members of the book trade, I'm conscious of a cloud crossing their faces as I raise the subject of self-publishing and pledge my allegiance to its cause.

“We might have to agree to differ on this one,” is a typical response. “You see, I've read some dreadful self-published books.”

Cue apologetic look from those who don't want to upset me, and some embarrassed shuffling of feet as they wait for my reaction.

“Of course there is terrible self-published work out there,” I hasten to agree. “And there always will be, so long as it is so easy for anyone in the world to press the ‘publish' button and upload their work to Amazon or any other ebook platform.”

Their relief is almost palpable when they realise I'm by no means out to defend all self-published books, but to encourage indie authors to raise their standards to match those expected of the traditional publishing trade.

I explain to them that one of the reasons that many people have a low opinion of self-published books is that only the bad ones are readily identifiable as self-published. Those of better quality are generally assumed to be trade-published, as they feature strong writing, flawless editing, appropriate cover, high quality production, and all those other things associated with professional standards in publishing.

But now is the era of “professional self-publishing”. That's not a contradiction in terms, but the way forward for self-publishers who want to be judged on an equal footing with trade-published writers. 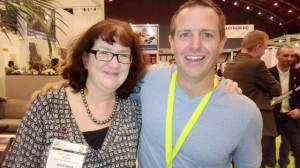 This drive for quality is a key theme from ALLi's new book, Opening Up To Indie Authors, which it was my privilege to co-author with Dan Holloway, steered by editor Orna Ross. As well as offering advice on how to be treated on an equal footing with trade published authors, it is a rallying cry for self-published authors to strive for the highest standards.

It was heartening for the launch team to be congratulated by both Hugh Howey, self-publisher extraordinaire, and the distinguished publishing journalist Porter Anderson after the book's launch recently at the London Book Fair. Both Hugh Howey and Porter Anderson are sticklers for quality and professionalism. Porter's most recent #etherissue Twitter debate included the following constructive exchange to which many members of ALLi contributed:

Maybe we all need to support good #selfpub but without trying to pretend that it's all magically good. #IndieChat #PubSmartCon #Charleston

Hit the nail on the head there, @Porter_Anderson! A key message of the new @IndieAuthorALLi book is: raise #selfpub standards & aim high.

@DebbieYoungBN Exactly, Debbie, huge issue, and happy community can tend to gloss over rather than grapple w/ the prob. @IndieAuthorALLI

@Porter_Anderson some pretend. That's not why I'm indie. Without quality, no readers. Some SP work is rubbish. Other SP work is excellent

Is “good enough” ever good enough in any kind of publishing? We should always aim high! #etherissue

@DebbieYoungBN Shoot for the moon and land among the stars, for sure! #EtherIssue

You go, Debbie. 🙂 MT @DebbieYoungBN: Is “good enough” ever good enough in any kind of publishing? We should always aim high! #etherissue

I think our call here is clear: get out your elephant gun, folks!

Self-published authors have a joint responsibility to make the quality issue history by always making our books the best they can be before we present them to readers. 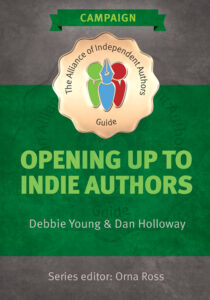 On that note, I'm pleased to announce the Kindle launch of Opening Up To Indie Authors (US link here, UK link here). It was initially launched on Kobo where it's currently sitting in the #1 bestseller slot for Authorship and #2 for Publishing, and it is now being rolled out on all other ebook platforms. The paperback will be launched in September.

If you're a member of ALLi, you will be sent a code shortly enabling you to download your free copy – one of the benefits of membership. If you're not a member, what better time to join? Hop over to our membership website to sign up now.