Opinion: “She Needs a Website of Her Own” – on Women, Writing and Self-Publishing 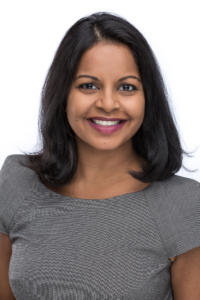 Echoing Virginia Woolf's seminal feminist essay, A Room of One's (first published 1929), indie author and scholar Mohana Rajakumar considers the lot of the female author in the 21st century and invites contributions to her study of women writers.

Do you remember what it was like when you were first starting to write? Did you have to make trade-offs in order to get pen to paper (or keys on the keyboard)? Getting up earlier, skipping lunch, or staying awake into the wee hours are some of the ways women often get their writing time in. Virginia Woolf, a groundbreaking author-publisher, may have put it best when she declared that “a woman must have money and a room of her own if she is to write fiction.” In so few words, she summarized the host of challenges facing female writers. Many of the issues related to publishing in the days of Virginia Woolf persist. She herself was a self-published author. We may have made great strides since then in voting and political rights but, as the wage gap shows, we still have some way to go.

Female writers like bestselling romance author Nora Roberts are advised by their publishers to use only initials if writing in male dominated genres like suspense, even if they have an established following in other forms of fiction. The worry about the appeal of female authors extends even to billionaire JK Rowling, who was advised to use her initials rather than her first name so as not to turn off potential male readers.

The Importance of Self-publishing for Women Writers

Self publishing and independent publishing, through small presses, have become incredibly important for female writers who may not have otherwise been able to reach their audience because of industry gatekeepers. The room a woman writes in may be important, but of equal significance to the indie is the platform from which she promotes her work. Websites may have become the contemporary woman’s equivalent to Virginia Woolf’s creative stipulation.

Ebooks have lowered the barriers to entry to the literary world because the various services related to producing a book can be outsourced. Now, the author and reader can decide what they want to read or write, without relying on agents and publishers.

Other Issues of Inclusiveness

One of the other challenges in the traditional publishing industry has always been the issue of diversity or inclusiveness. Even as non-white authors like Chinese-American Amy Tan became more popular in the early 1990s, publishing houses had a singular, representative voice approach to diversity. If they had one Asian writer, they considered themselves diversified. Indie writers, moving around these industry figures who have traditionally behaved like gatekeepers, have made the world of self publishing more diverse.

Empowering writers and readers is one effect of the digital publishing revolution. Increasing the availability of the types of books is another.

I’m working on a chapter about contemporary female writers and the publishing industry – specifically focusing on self-publishing. This will appear in an academic book, entitled The Literary Career in the Digital Era, where other contributors will also be offering their perspectives. A large part of this chapter will be to showcase and discuss women’s experiences, decisions, and thoughts about being an independent, hybrid, or commercially published author.

I'd be very grateful if you could spare three minutes to participate in an anonymous online survey that will be used for research purposes here: please click here to take part.

If you're a woman writer, do you feel you get a raw deal in the world of modern publishing? Has self-publishing brought you greater freedom than the traditional publishing trade might offer? Men's views also welcome! Join the conversation via the comments box.