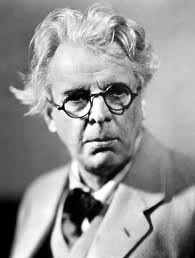 Opinion: Now Is The Worst Time To Be An Author?

This latest is from an opinion column by the anonymous London literary agent  “Agent Orange”. As it happens, I read this piece the day I put finishing touches to a novel I've been writing about the poet WB Yeats, which is set in literary London, Dublin and Paris, 1880 to 1940.

And I'm here to tell you, Agent Orange: that was a very much worse time to be an author.

Maybe you had a slip of the finger and meant to say that there's never been a worse time to be an author's agent?

The thing that all these downbeat reports have in common is that they emanate from trade publishing. they are based on erroneous information (a survey of writers' incomes that didn't address self-publishing authors; a misunderstanding of how readers now buy books; an erroneous-but-unshakeable opinion that self-publishing is inevitably expensive and [agent orange quote] “achieves precisely nothing”).

Today, authors are fortunate enough to benefit from:

It's Still Not Easy

So we live in a world where it’s easier than ever to learn how to write well, to do research, to publish widely, to reach readers, and to earn money from writing and selling books. And the underlying trends are excellent. A recent series in McSweeney's that “aimed to take on every facet of the book world to provide as much information and data as possible” found that:

Book sales are up, way up, from twenty years ago. Young adult readership is far wider and deeper than ever before. Library membership and circulation is at all-time high.

That still doesn't make being an author easy, especially if you're writing esoteric mysticism or poetry, like Yeats. Or literary fiction, or anything else that not very many people want to read.

And writers always need to learn the craft and trade of writing and publishing. For most of us, that means a long apprenticeship. Being an author never was easy, never will be easy, never should be easy. But there's never been a better time to be one.

Don't let anybody tell you otherwise.