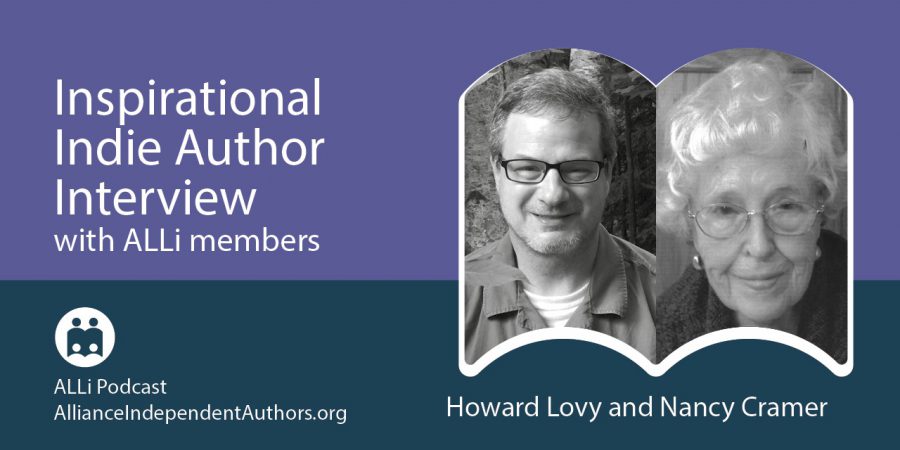 My guest this week is Nancy Cramer, an 89-year-old author who made history by writing the history of a WWI Serbian retreat that had not been well-documented. In Nancy’s long life, she has seen her share of tragedy, which made her especially attuned to this story of bravery and sacrifice amid war. And her efforts have paid off through international recognition.

A couple of highlights from our interview: 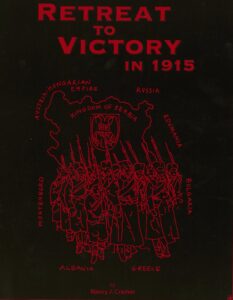 I came up with this story about how 20,000 young boys, ages 12 to 16, were taken by the army on this retreat. They were going to retreat, rather than surrender to the Germans, and they took the boys so they wouldn’t be sent to labor camps in Germany. And this, as a mother of four children, it just broke my heart. And so, I thought, I’ve got to find out more about it, and indeed, this is one of the least well-known stories of the war.

Advice for Other Older Writers

If it’s something that you really believe in, just keep at it. Don’t let your age discourage you. There are people out there that are interested in the human story and the story of mankind, and that’s what I write, stories about people.

Listen to my Interview with Nancy Cramer

On Inspirational Indie Authors, @howard_lovy interviews Nancy Cramer, an 89-year-old author who made history by writing the history of a #WWI #Serbian retreat that had not been well-documented. #indieauthors Click To Tweet

Howard Lovy has been a journalist for more than 30 years, and has spent the last eight years amplifying the voices of independent publishers and authors. He works with authors as a book editor to prepare their work to be published. Howard is also a freelance writer specializing in Jewish issues whose work appears regularly in Publishers Weekly, the Jewish Daily Forward, and Longreads. Find Howard at howardlovy.com, LinkedIn and Twitter.

Read the Transcript of my Interview with Nancy Cramer

Every week, I feature a member of the Alliance of Independent Authors to find out what inspires them and how they are an inspiration to other authors.

My guest this week is Nancy Cramer, an 89-year old author who made history by writing the history of a World War One Serbian retreat that had not yet been well documented.

In Nancy’s long life she has seen her share of tragedy, which made her especially attuned to this story of bravery and sacrifice amid war, and her efforts have paid off through international recognition.

Nancy Cramer: Well, my name is Nancy Cramer, but I call myself the Grandma Moses of writing because I didn’t start my serious writing until age 80. I am now 89, and still writing.

I’ve had a variety of experiences and jobs because variety is the spice of life. I’ve been fortunate, in my earlier years, to make 60 trips abroad. I visited 70 countries and the one that probably fascinated me the most was Serbia, and that was a surprise because I was totally unprepared for that.

Howard Lovy: But before we rush off to Serbia with Nancy, let’s get caught up on Nancy’s life.

Nancy Cramer: I was born in Ohio, but I grew up in Texas, and concerning the present political situation, I’m glad to say that I am from Texas. Now, I went to the University of Missouri, School of Journalism and graduated in 1952, intending to be a world correspondent.

Instead, at the time of the Korean war, I was engaged and we got married instead of my engaging on the writing career because he was sent to Korea and we thought, Oh, well, you know, can’t miss this opportunity.

And had a very traumatic time over there. Neither one of us had ever heard of PTSD, but I think that certainly was his problem.

He came back and we raised four children and moved, he got a position as a civil engineer, building water plants and sewage systems. So, we moved 26 times in 16 years, and I said, enough is enough, and we settled in Kansas city where the home office was and eventually, we divorced.

Six years later, I remarried a man who owned a small fire suppression business, that’s fire extinguishers and restaurant systems. Not knowing that the impact that would have on my life, but he was a very good man.

The first year after we were married, we had a tragedy. My third child, who was 17, a boy, was killed in a car train collision, and that changed the direction of my life.

Howard Lovy: Nancy became a teacher, instructing sixth grade students, a job she loved for 18 years. She also became very active in the local and state national education association, The Teacher’s Union. Then in 1994, tragedy struck again for Nancy.

Nancy Cramer: In 1994, after 20 years of marriage, he was diagnosed with extreme dementia and so he took his life, because he didn’t want to be a burden to me. So, I decided that I would leave the education field and learn how to fill fire extinguishers.

Howard Lovy: Nancy took over the business from her husband. She also used writing, and still does, to deal with the grief of losing both her son and her husband.

Nancy Cramer: Yes, it was very difficult, an entirely different type of grief than losing my son.

I, by the way, I’m completing a memoir about how I lived through the grief of my son. It’s based on letters that I wrote to him and it should be finished in another week or two.

But I kept the fire extinguisher business for 17 years. There was only one other woman in Missouri that owned that type of business, but I loved it, and I kept it until I was almost 80, and I received a cash offer to buy the business. So, I thought, well, it’s probably a good idea, and I retired.

Howard Lovy: At the age of 80, Nancy may have retired from her business, but certainly did not sit back in her rocking chair and let life pass her by.

Nancy Cramer: And I retired to start volunteering at our wonderful World War One museum here in Kansas City, and that sparked my interest in World War One, because I knew nothing about it, and I realized that most people that came there didn’t know nothing either. So, that’s when I decided to write books.

Howard Lovy: In her research, Nancy stumbled on a story of a World War One Serbian retreat from the Germans. For personal reasons, as the mother who had lost a son, this story really resonated with her.

Nancy Cramer: I came up with this story about how 20,000 young boys, ages 12 to 16, were taken by the army on this retreat. They were going to retreat, rather than surrender to the Germans, and they took the boys so they wouldn’t be sent to labor camps in Germany.

And this, as a mother of four children, it just broke my heart. And so, I thought, I’ve got to find out more about it, and indeed, this is one of the least well-known stories of the war. But this retreat, the circumstances have only been carried out twice before in history. Once was in 400 BC, and another time was with Napoleon.

Howard Lovy: So, Nancy traveled to Serbia, to New York, to Chicago, tirelessly interviewing people to get the story for her book.

Nancy Cramer: I knew, from firsthand experience, the heartache that a family member can go through with death, and with combat, and this sort of thing. So, a lot of the stories in my book are actual interviews with descendants of survivors.

Half of the army died during the retreat because it was so strenuous. It was during the wintertime and they either froze to death, or starved to death, or fell off the icy mountains they were climbing. Great tragedy. Most historians, the space they give to Serbia is maybe a couple of paragraphs. They say, they made this perilous journey and returned to fight for their freedom and period, and they completely ignore.

My book has not gone unnoticed. The Bishop of the Serbian/American churches, in Eastern America, was at my New York presentation. And he gave me what’s called a Hierarchical Grammaton Award and bought 120 of my books.

And, just a few months ago, the Serbian government asked permission to translate my book into Serbian, which I gave, of course, and they sent me an email copy of it in Cyrillic alphabet. I can’t read a word, and they have published 300 copies, which they are giving away to their people.

And then I received a letter from our ambassador to Belgrade, in which she complimented me upon the book. And then they had a recent celebration in Washington about the hundred-year anniversary event.

So, I’m not famous by any means, but I have been noticed, let’s put it that way.

Howard Lovy: Nancy also hopes that her book will help improve the image of the Serbian people, which was marred during the bloody Bosnian War in the 1990s.

Nancy Cramer: People who attended my New York presentation, afterwards left in tears, because they were so pleased by the respect and admiration that I have for their country.

You know, they had a bad leader. Milošević was a very bad leader, and the Serbian people are not like that. They’re very kind and generous. Now also, they’ve been fighting for 500 years to get their kingdom back, and they believe they have a kingdom, not a country, but a kingdom, but they are trying to live down that reputation. And I suspect that my book has helped. I’ve been used as a marker to show that Serbia isn’t all the way it was in that war.

Howard Lovy: So, at the age of 89, Nancy has written a book that shines a light on a previously undocumented moment in history, and it’s making a difference in today’s world.

And she still has much more to write before she’ll ever think of calling it quits.

Nancy’s advice for older authors? Keep writing about your passions.

Oh, and join the Alliance of Independent Authors.

Nancy Cramer: Yes, find out about your organization to begin with. Don’t go through the scoundrels, and I know you don’t want to use that word, but some of the agents and marketers that are out there, are not necessarily in your best interests.

So, I would suggest they find out about your group and work with them. I wish I had known about it earlier.

And then the other thing is just to keep at it. If it’s something that you really believe in, just keep at it. Don’t let your age discourage you. There are people out there that are interested in the human story and the story of mankind, and that’s what I write, stories about people.

Howard Lovy is an editor and writer with more than 30 years of experience in journalism, from newspapers to magazines specializing in business, science, and technology. He has spent the past few years guiding coverage of independent publishing, amplifying voices of the marginalized. Howard is also a book doctor who enjoys working with authors to get their work ready for publication.