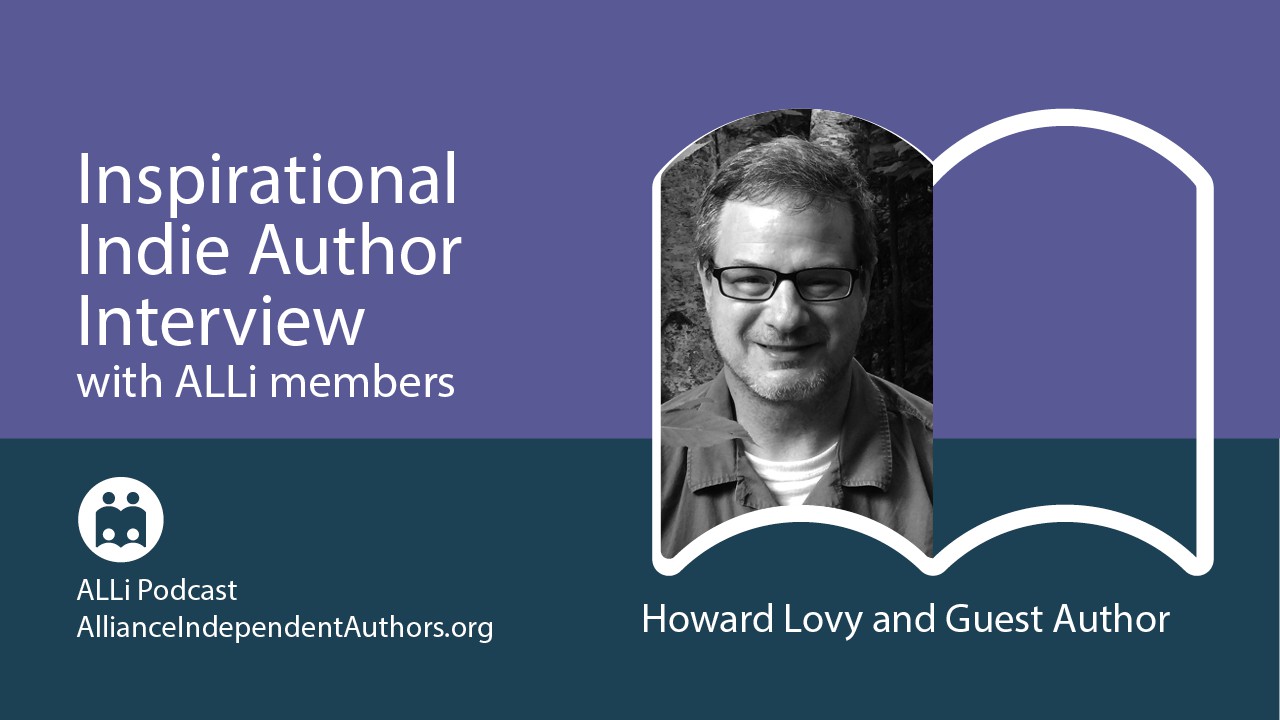 In 2020, I Was Inspired By ALLi Authors’ Backstories On My Inspirational Indie Authors Podcast

On my Inspirational Indie Authors podcast, I discovered that indie authors usually have lived varied and interesting lives before they ever decided to become authors. They have backstories that inform their worldview, writing style, genre choice, and usually a deep well of experience from which to draw. I have selfish reasons for hosting the Inspirational Indie Authors podcast, too. These authors inspire me to use my own backstory to become a better writer.

There are so many great stories told by ALLi authors, and each one a window into unique talents and points of view. Here are a few of the ALLi member authors who have inspired me this past year.

Bjørn Larssen was born in Poland, lives in the Netherlands, but has his heart simultaneously in Iceland and with the ancient Norse Gods, which he writes about in his books. And, if that isn't enough, there is much more to Bjorn's story and his journey from communist-era Poland to his discovery of freedom as an indie author. Bjorn, himself, tells it best. Listen to the whole thing, since there will be surprises.

Many of you already know Joanna Penn as a successful indie author, businesswoman, and podcaster for ALLi. In fact, her name is almost synonymous with the term authorpreneur. So, this podcast will not focus so much on Joanna's current work, but we'll hear more of her own backstory, what motivates her fictional characters, and what motivates her as a writer, self-publisher, and role model for other indie authors.

Dale Roberts is a health and fitness author who discovered a perfect synergy between print and video content. He has amassed a sizable following on YouTube. It took a little while for Dale to discover his voice and his brand, but once he found it, he began to exude an energy for self-publishing that you just have to hear for yourself.

She is a black woman married to a white husband, living in a small community in Japan. But Karen would be the first to tell you that none of those descriptions really matter. Karen would tell you that she has traveled the world, and lived in many places, and in the end all we have is our shared humanity.

She wrote a memoir about her travels called The View from Breast Pocket Mountain, where she talks about her lifetime journey from New York City to Japan, where she became a popular newspaper columnist. She is accepted as a member of the community in Japan, which makes her wonder why the same thing cannot happen in the United States, where there has been a recent summer filled with a racial strife. What Karen hopes readers walk away with after reading her memoir is a sense of shared humanity.

“I do live in a community of people who don’t look anything like me,” she said. “But I say that you can make your place. When you’re accepting of other people, they’re accepting of you. That’s my feeling.”

Darryl Lansey, who has a kind of love/hate relationship with his former employer, the US Central Intelligence Agency, the CIA. As an analyst and adviser to presidents, he loved making a difference for his country. As black man, he hated the institutional racism that was baked into the organization. He writes about his experiences in his new book, A Thin Line Between Love and Hate: A Black Man’s Journey Through Life and the CIA. I spoke to Darryl about his experiences at the CIA.

He expressed frustration at the racism he endured. “I was angry, but more disappointed, and I was disappointed because I had a bit of naivety early in my career,” Lansey told me. “I thought that I was hired to do a job and, it was clear to me that the individual, my supervisor, who was looking at me across the desk, didn’t value me as a person, let alone what I was offering.”

Still, he has hope for the future because he sees different sets of assumptions among the young. “What inspires me and what gives me hope about the agency is, I think there are individuals of this current generation who are much more open to the idea of diversity and inclusion as being part of just the day-to-day environment that they’re in.”