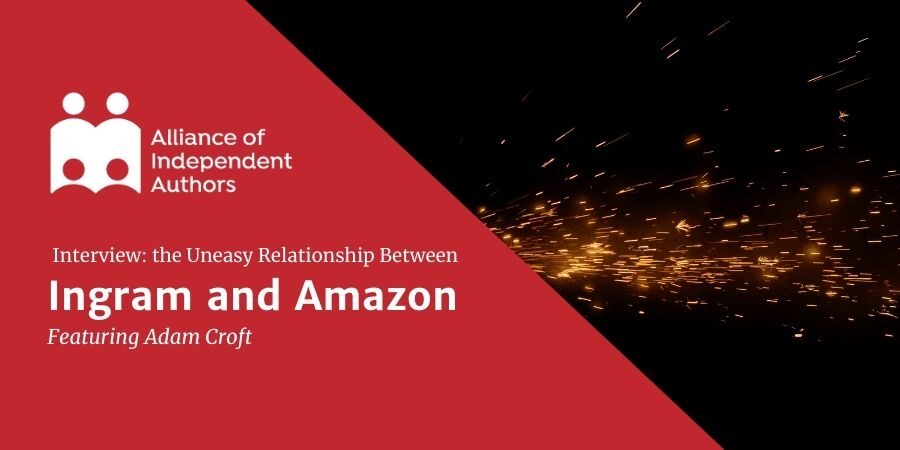 Why does Amazon's online store regularly marks IngramSpark distributed books as requiring days, weeks, or occasionally months for fulfillment; or even shows them as “out of stock” entirely? Is print on demand still the best option for indie authors? Today, John Doppler, Watchdog at the Alliance of Independent Authors  interviews UK indie author Adam Croft about IngramSpark and KDP Print challenges for Indie Authors

NOTE: The opinions and conclusions in this post are those of the interviewee. The Alliance of Independent Authors (ALLi) recommends POD publishing through IngramSpark for wide distribution, combined with  Amazon KDP for the Amazon ecosystem, as the primary print option for most indie authors

If you're new to publishing in print, some background reading will help you to understand the issues discussed in this interview.

If you publish books with Ingram Spark (IS) exclusively, or in formats not (yet) available on Amazon e.g. hardback or large print, you're probably familiar with the “book not available” messages Amazon routinely posts. These messages blame IS for the delays, implying slow shipments or other logistical delays but IngramSpark insists that all POD orders print and ship within 48 hours. So what's going on? We caught up with UK Author and mega-seller, Adam Croft, ALLi's Wide Publishing Advisor, to discuss his recent experience and conclusions.

JOHN: What’s your experience of this interplay between IngramSpark and Amazon, and what it means for indie authors?

ADAM: In short, there've been problems for years. No-one's ever quite got to the bottom of why IngramSpark paperbacks fluctuate in their availability on Amazon, with messaging often stating four weeks for delivery, even though Ingram have a service level agreement to deliver within 48 hours. At Adam Croft.net, we received whispers that Amazon have been experiencing extreme delays getting stock into their warehouses, so we tested things in a few ways — including setting up as a supplier to Amazon ourselves, to see how long it took for products to be booked in.

In July 2020, I had a major release which involved a large number of paperback pre-orders from Amazon, with printing to be handled by IngramSpark. On release day, Amazon emailed readers to tell them their book was delayed by 6-8 weeks, due to issues with the publisher.

I am the publisher, so I knew that wasn't true. I spoke to IngramSpark and they told me Amazon had routed their entire order via the United States, then shipped it back to the UK. I believe they did this to ease pressures on their own warehouses.

Then the same thing happened with my September release. And again, with my May 2021 release of In Cold Blood, readers were again told the book was delayed because of the publisher.

Thankfully, the vast majority of my readers had ditched Amazon and were ordering either directly from us, or through other retailers, but the few who'd stuck with Amazon received the same message.

JOHN: That's a situation many of us have run into, both as authors and customers.

ADAM: We contacted Ingram again, but this time the response was more muted and wishy-washy. I'm not the sort of person who does muted and wishy-washy, and by now I had the bit between my teeth. A senior Amazon rep told me in writing ‘the problem is with Ingram', and specifically stated Ingram had not fulfilled the orders Amazon had placed.

We now had a specific and firm allegation from one side which would have to be either confirmed, ignored or denied, so I confronted Ingram with Amazon's claim. A senior manager at IngramSpark replied to me, saying that was not true, and attached detailed internal sales data showing every purchase order Amazon had made for In Cold Blood. The book had been up for pre-order for weeks prior its May launch, and Amazon had been taking readers' money for it, but they didn't even place an order with IngramSpark until June.

This, despite having told readers on its May launch date that their book was delayed due to issues with the publisher.

We approached Amazon KDPP with this evidence, and showed them the proof they had not even ordered the books in, despite taking readers' money–and then blamed us, and/or IS. At that point, Amazon ceased responding and they have continued to refuse to respond ever since.

I spoke to the CEO of the Society of Authors (the national association for authors in the UK), who suggested they and IS write a joint letter to Amazon, demanding an explanation and an investigation into how many authors this has affected, and continues to affect (we estimate thousands). I took this to the Director of IS, who refused, saying she didn't want to rock the boat with Amazon.

IS knows Amazon is misinforming readers and misinforming authors. They know Amazon is delaying sales of books readers have paid for and putting the blame on Ingram and authors. Yet, they (IS) actively chose not to side with authors, by doing nothing about it.

For me, this left me feeling that IngramSpark does not support indie authors, and does not have our backs.

JOHN: These delays have been a source of frustration for many indie authors, one that dates back to the early days of CreateSpace. There is a frequently-voiced suspicion that Amazon hinders fulfillment through Ingram (IS and Lightning Source) in order to drive business to KDPP. Do you feel that's the case?

JOHN: In a post on your Facebook Group, The Indie Author Mindset, you said “POD is dead”. That's received pushback from some authors and experts who insist that it's still the best option for indie authors, especially those who don't have the resources to undertake a consignment print run and its associated costs. Often, the chief consideration for those authors is the up-front outlay of cash, rather than the return-on-investment. Do you feel that POD is no longer the best option for such authors?

ADAM: Yes, I do. Consignment print runs  used to have high associated costs, but that's no longer the case. Companies such as Clays and CPI (in the UK, see ALLi directory for US and  international options) have been providing short-run digital printing for a while now, and it's extremely cost effective.

Since I shifted my backlist paperbacks from IS to Clays, the cost per unit has more than halved, and I'm not doing huge runs. They store the books in their warehouse and distribute them directly to Gardners (who feeds Amazon and virtually every high street bookshop in the UK), as well as chains such as Waterstones. It's as easy as POD, except the books are there and ready to go the moment they're ordered — and I make more than twice the revenue I used to make on each copy.

Large, expensive print runs really aren't necessary anymore. Even if you just want to have 50 copies produced, my mental maths says you'd make around the same revenue per book as you would through POD. It really isn't expensive at all, and we can hardly consider 50 copies a large run.

Many of my books are still moving over, as I'm shifting an entire back-catalogue of thirty books at once, but the ones already with Clays are flying off the shelves. They're selling better because the availability is better.

Bookshops get their full retail discount see the books are being printed and distributed through a traditional, reputable channel that they already deal with daily. The only availability issues we've had is getting new runs printed fast enough.

JOHN: Does that apply equally to authors outside the UK? How does international distribution factor?

ADAM: On paper, yes. Gardners distribute to the whole of the English-speaking world, so for English-language books it should give you full worldwide availability. Overseas, there are other preferred distributors, and it may well be that it's worth getting similar runs done, say, in the US and Australia with the equivalent local printers and distributors. The process will be exactly the same. It's still early days on that front and we haven't fully tested it. We've certainly not had any issues, but my sales are well over 90% UK-based, anyway.

JOHN: Do you see any signs of the Ingram-Amazon relationship changing in future? Where do we go from here?

ADAM: No I don't. And it'll ultimately be their downfall. Like ALLi, I've been warning authors, publishers and just about everyone in the industry to reduce their reliance on Amazon for almost ten years, and it's only going to get worse.

I'm fortunate in that my sales have never been Amazon-heavy and that a very small percentage of my income comes through Amazon. I've set it up that way, but for many people that's not the case. That's the dominant position Amazon abuses, and anyone who relies heavily on them exclusively will suffer, sooner or later.

When it comes to IS, they've actively told us they won't put in a complaint with Amazon. In fact, the only outcome from this whole saga on the IngramSpark front is that the senior manager who provided us with that evidence left their job at IngramSpark shortly after, just three days later.

JOHN: Adam, thank you for sharing your insights! And to our readers, please continue the discussion in the comments below. We'd love to hear your take on this ongoing issue. See also: Print options for Indie Authors