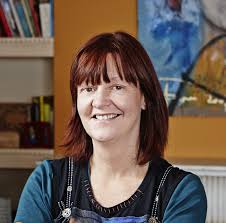 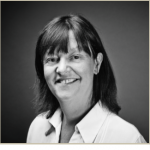 2017 was the year when clarity entered self-publishing. Ours is a fast-growing industry filled with new opportunities, and the associated creative challenges. It can be a confusing space. This year, there was a sense of settling at the centre of the whirl.

Or, to mix our ALLi metaphors, as Dan Holloway, ALLi Self-Publishing News Editor, put it in Tuesday's news column, “This felt like a year when the foundation beneath the surface was stretching in interesting ways, ways that may be really significant down the line.”

For Dan, the most significant shifts in 2017 were technological. You can read his round-up of the year's self-publishing news here.

2017 marked the tenth birthday for Amazon Kindle and it's worth noting how far we've come in a decade.

Only ten years ago, self-publishing was a marginalized activity, and for most authors, the only way to reach a critical mass of readers was through a trade publisher and bookshops.

A decade on, since Amazon changed the publishing landscape forever, more e-reading is done on phones, but a substantial tranche of readers love their Kindles, and KDP is still the dominant platform for authors publishing ebooks.

No other platform creates so much controversy or so much myth and misunderstanding. In 2017, the most significant story from Amazon this year was their decision to bring books into line with their policy across the rest of the store on 3rd party-sellers.

Indie authors will always be grateful to Amazon for the groundbreaking change ignited by  Kindle, and the relatively good conditions (compared to trade publishing) that they continue to offer to authors.

ALLi advises that, unless authors have exceptional reasons, they should always publish directly to KDP and Createspace. We also, however, recommend diversification across a range of platforms (known in the business as “going wide”).

Monopolies are never healthy for long, and the first rule of investment is diversification.

We also advise that no platform should receive more attention from you than your own website and blog, where you build your own following.

This year, as sales of audiobooks continued to soar, more authors recognized that the world of book publishing is much bigger than ebooks and print on demand. And also, that the world is bigger than the US and UK, offering opportunities to the author who is truly willing to go global in a multitude of formats.

2017 was the year when many authors decided they wanted to tap the 65% of the market that KDP doesn't reach, says Kinga Jenetics, CEO of PublishDrive, one of the leading global distributors of ebooks. “I am grateful to see the author community grow in this way. At PublishDrive, we organized our first live meetup in San Francisco where we saw at first hand the good vibe about what's now possible for writers at a global level,” she says. “Also during Frankfurt Book Fair, I was lucky to be involved in the Indie Author Fringe and see how this online conference opens new doors for global authorpreneurs. I can’t wait to see what 2018 will bring us!”

Other global distributors that saw significant expansion in 2017 were Kobo Writing Life, IngramSpark and Draft2Digital, all excellent services for indie authors. It was a shame not to hear more from Apple iBooks, as that service has the potential to serve indie authors well.

IngramSpark continued its global expansion and introduced iPage in the UK, which gives bookstores the ability to order print books directly from Ingram and print and ship from within the UK. The economics of POD mean that we are not yet there in terms of creating an equal playing field for indies in bookstores, but this move nudged us a little closer.

In 2017, self-publishing's leading internationalist, Mark Williams, became editor-in-chief at the newly founded The New Publishing Standard, a website that will be watched by indie authors who want to go global.

Mark also had an interesting opinion on indie ebook sales being down at Amazon. “For me, two things stand out. The fact that only one, single indie achievement got mentioned in the Amazon Holidays Report this year. And that we have just completed the third year without a new Kindle store. This means Amazon-exclusive authors are continuing to miss out on international sales opportunities. (Several recent posts at TNPS explore this.) As we start our fourth year of no new Kindle stores being opened, one has to wonder if Amazon’s stated goal to have every book, ever published, in any language,  available for Kindle customers to purchase and begin reading in less than 60 seconds has been quietly put on the backburner?”

While it's impossible for an organization like ALLi with so many different authors at different points in their career to say for sure what's happening overall in the marketplace, anecdotal evidence within our membership points to a number of authors with reduced incomes on Amazon.

2017 was the year where it became clear that trade-publishing and author-publishing really are two different industries. Both business sectors may sell books, but there's where any similarity ends. Our business models and ways of thinking about the job of being an author are very different.

In 2017, trade publishers continued to flounder in the self-publishing space, failing to understand the psychology of the independent author. More of their ventures went to the wall, most notably Macmillan's Pronoun and (to fewer casualties) Bonnier's Type and Tell UK.

Those who are not affected by what some are calling the Amazon slump are those who are entrepreneurially embracing the opportunities. Ten years ago, the pathway of slow and steady growth, of tried-and-tested progress towards clear goals that build any sustainable business, wasn't open to authors.

It still isn't, for those whose mindset hasn't shifted to embrace the new realities but, as more indies stop chasing the validation of a trade deal or the quick buck of a killing on Kindle, as more settle in for the long haul and set good creative intentions to improve their craft, our industry is maturing.

That means not just their writing craft but their business craft too.

For me personally, this was the biggest lesson to emerge from 2017: that indie authors have more in common with other creative entrepreneurs like artists and musicians, innovators and makers, than we have with authors who are still fixed on the traditional route of handing over creative freedom and control.

Independent authors are creative directors not just of our books, but also of our author businesses.

I think 2017 was also the year when others realized that every business is now also in the publishing business. Business people who use books as a calling card, and social media mavens and others are publishing books and doing it well.

As they do, those of us who (want to) write for our living must up our game.  As we agree the business practices that generate sustainable success in author-publishing, we see fewer of the extravagant single-format, single-outlet outliers of the early Kindle era, while those who are steadily building good intellectual assets across a variety of formats and territories and learning how to pitch their offerings to a micro-niche of readers are in the ascendant.

The business basics that apply to all creative entrepreneurs (that have applied to authors and artists since the Renaissance) are we need to adopt: know our offering, our micro-niche and our most appreciative readers; create great books that inspire, inform and entertain; own our own website; and offer clear connection, purchasing funnels and email list opportunities to readers.

Add in an eye to what is a true asset and a growth plan for a sustainable future, and you have flesh on the bones of a great creative business.

As author and indie advocate James Scott Bell puts it, “we have entered a new equilibrium where the wild highs in the indie world are leveling off, and the disruptive lows in the traditional world are bottoming out…. [But] here is one bottom-line truth that applies across the board and will always be apt: What wins out in the end, and perhaps the only thing that does, is quality plus time. ”

Yes, there were those who won the literary lottery in 2017, their book(s) breaking out without anyone really understanding why. Such books flare to the top each year and often fade as fast.

Some further thoughts from other ALLi Advisors and team members:

Audiobook sales were a bright spot for authors in an otherwise weak retail sales environment for print books and ebooks. Readers are discovering that audiobooks unlock new hours of their day that were previously inaccessible to book enjoyment.

In my opinion, one of the biggest developments for indie authors in 2017 was the subtle change of fortunes for unscrupulous service providers. Vanity presses that prey on indie authors saw dramatic losses in 2017. Author Solutions, notorious for its unsavory practices, has now lost many of its key partnerships. Tate Publishing imploded in spectacular fashion as its founder was arrested on charges of embezzlement and extortion. Fewer authors are being duped into exploitative contracts, and as the industry matures, many of the largest predators are being starved to extinction. That's great news for indie authors, and I hope to see that trend continue in the coming years.

2017 was an eventful year, and there were two events that stood out to me. The first is the (disappointing) net neutrality decision in the United States. I hope other countries don’t follow suit in this unfortunate change in direction of the Internet. I fear that a lack of net neutrality will create unexpected long-term issues for indie authors down the road that we honestly can’t begin to fathom right now, particularly with discoverability and marketing.

The second (and more optimistic) is the news coverage that Bitcoin and cryptocurrencies have been receiving this year. It seems that we may soon be upon a watershed moment, one that’s going to create new income streams and business opportunities for authors. We’re in the infancy of what this technology will bring, and that’s exciting!

To me 2017 felt like the Year of the Course, with a sudden surge of new courses aimed at indie authors at every level, from beginner seeking to find a way through the maze to seasoned self-publisher looking to raise their game. While throughout the year there was, as ever, a train of promotional bandwagons to jump on, such as Facebook advertising, AMS ads, Instafreebie, there seemed to be a growing awareness among seasoned self-publishers that, although such things could work very well in certain circumstances, there were no guarantees – and these supposed solutions were often much more complex to execute successfully than they looked at first glance.

We saw many horror stories of marketing budgets wasted with best intentions by people who rushed in full of hope but short on expertise. It has become clear that there are no quick fixes, no gold rush, no lottery-style successes from single services applied haphazardly.

The lure of a good course to help you improve your all-round authorpreneurial skill set is undeniably appealing. But buyer, beware: anyone can set up a course, just as anyone can write a book, and charge what they like for it, without any real understanding or experience of the topic addressed, so we shouldn't let ourselves be pressured into investing in a course without first checking its credentials. Finally, investing in a course is only the starting point – like antibiotics, you have to finish the course if you want it to do you any lasting good!

What about you? What do you think was the most significant thing that happened in the indie author space this year?