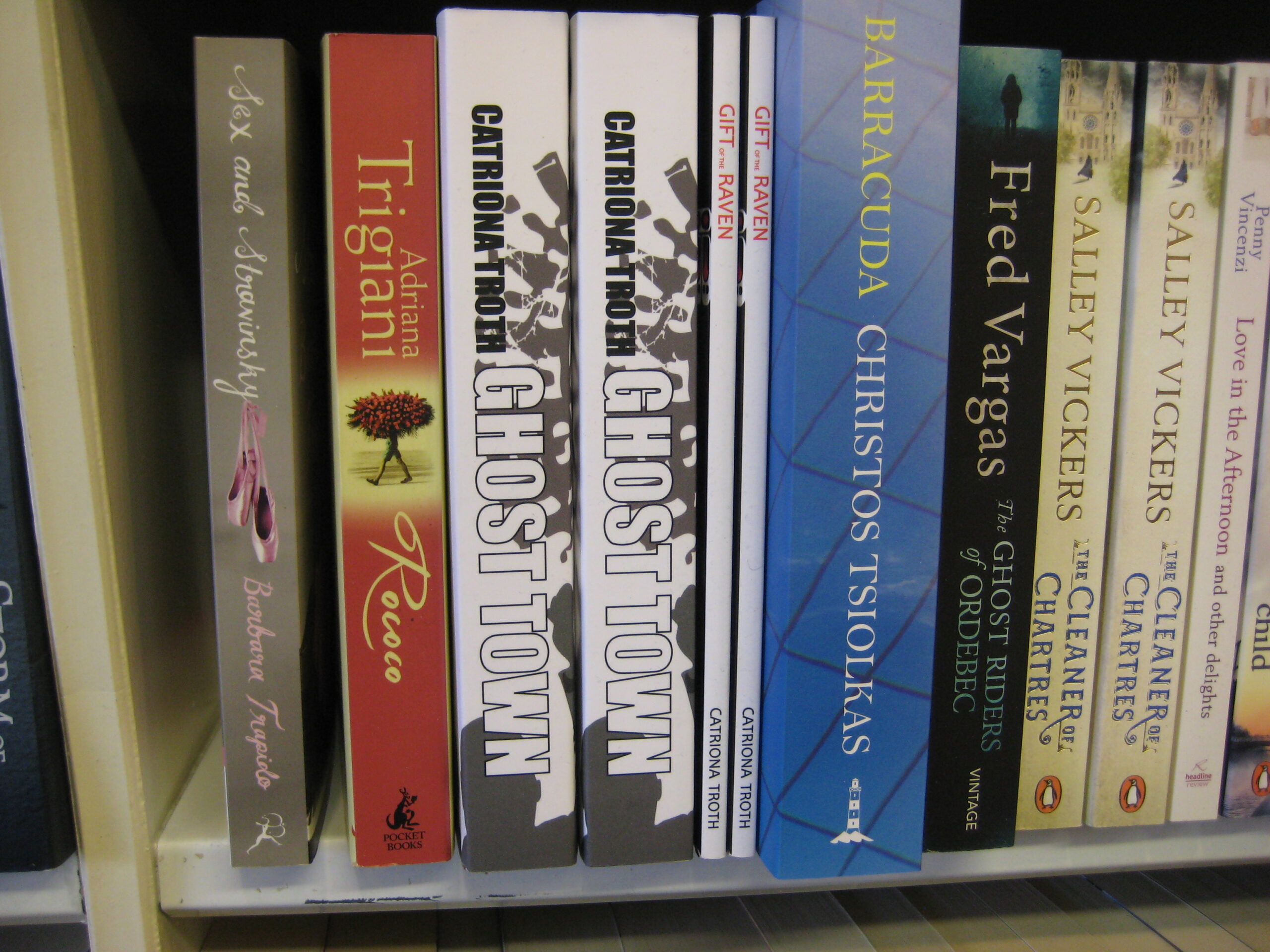 How To Reach Readers: Befriend Your Local Bookshop

Self-published author Catriona Troth describes how making friends with her local bookshop has helped her raise her profile as a novelist and also that of Triskele Books, the highly regarded authors' collective to which she belongs.

“We do take books from self-published authors, on sale and return. And some are very good. But some are awful, just dreadful. You could never promote them. The look of some of the books… We try to be encouraging, but it’s hard.”

These words, from the owners of one of the best independent bookshops in the south east, could be seen as yet another road block thrown in the way of the indie author by the world of publishers and booksellers. Yet they say you should walk a mile in someone else’s shoes. Perhaps authors should work a day in the shoes of an independent bookseller.

Sharing the Booktore's Point of View

Bookstores around the world are facing extraordinary pressures. Here in the UK, the end of the Net Book Agreement allowed them to be undercut by chains and supermarkets even before Amazon came on the scene. The switch to ebooks is squeezing them even further, while in many places they are facing massive rises in rents and rates. After four years of net closures, The Bookseller recently announced that the number of independent bookstores in the UK had fallen below a thousand for the first time. 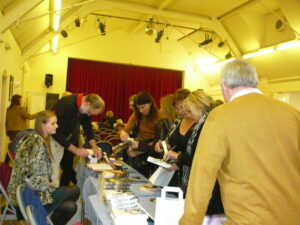 Taking part in one of the local bookshop's festival events

Those that remain have had to recognise that books are rarely their most profitable item. More and more of their selling space is, perforce, given over to cards, gifts and other knickknacks on which they can make a profit. Inevitably, this means less space for books.

On the other hand, independent bookstores often put tremendous time and effort into author events and local literary festivals, promoting and supporting books and authors with genuine passion. Those books they do put on display are those that the staff really believe in – not just ones publishers have paid them to promote.

So before you walk into a bookshop with that newly published book, pause for a moment and see yourself through the eyes of the bookseller. You might think you are offering them the next bestseller. What they see is someone bidding for a piece of their scarcest commodity – their space to sell books.

How the Bookstore Proprietor Views You and Your Book

The first thing they look at is the appearance of your book. It may be unfair, but research shows that the cover is the prime factor in people’s decision to buy a book. So if that cover isn’t striking, if the inside is sloppy and cheap-looking, why should the bookseller give it precious shelf space?

The second thing they’ll consider is you. The author. You’re asking for their support, but if you’re an unknown quantity when you walk through that door, why should they care about you? 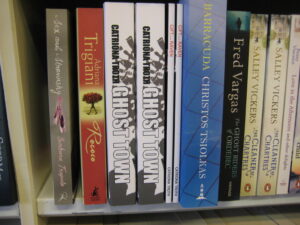 My relationship with my local bookshop began two years before Ghost Town was published, when I wrote an article about them for Words with Jam magazine. In the intervening time, I bought books from them, attended and wrote about events they ran. When the time came to launch the book, our author collective, Triskele Books, pitched an idea for a self-publishing event at the Literary Festival they ran. That raised local interest and I was able to encourage people to order the book through them rather than buying it from Amazon. After a couple of months of orders coming in, they were happy to agree to hold a stock of the book.

So don’t expect to walk into a bookshop as a complete stranger and ask them to stock your book. Be a customer first. If they organise events, attend them. Follow them on Twitter and like them on Facebook. Write about them on your blog or pitch an article about them to your local paper.

Get to know them and let them get to know you. It will pay off.

“How to raise your author profile: make friends with your local bookshop – http://wp.me/p44e6Y-1Gp with @L1bCat via @IndieAuthorALLi”

Catriona Troth is the author of the novels "Ghost Town" and "Gift of the Raven", and a member of the Triskele Books author collective.
She has also been the key organiser of a number of live events giving a platform to indie authors, including this year's inaugural Triskele Lit Fest on 17th September at LIFT in Islington.