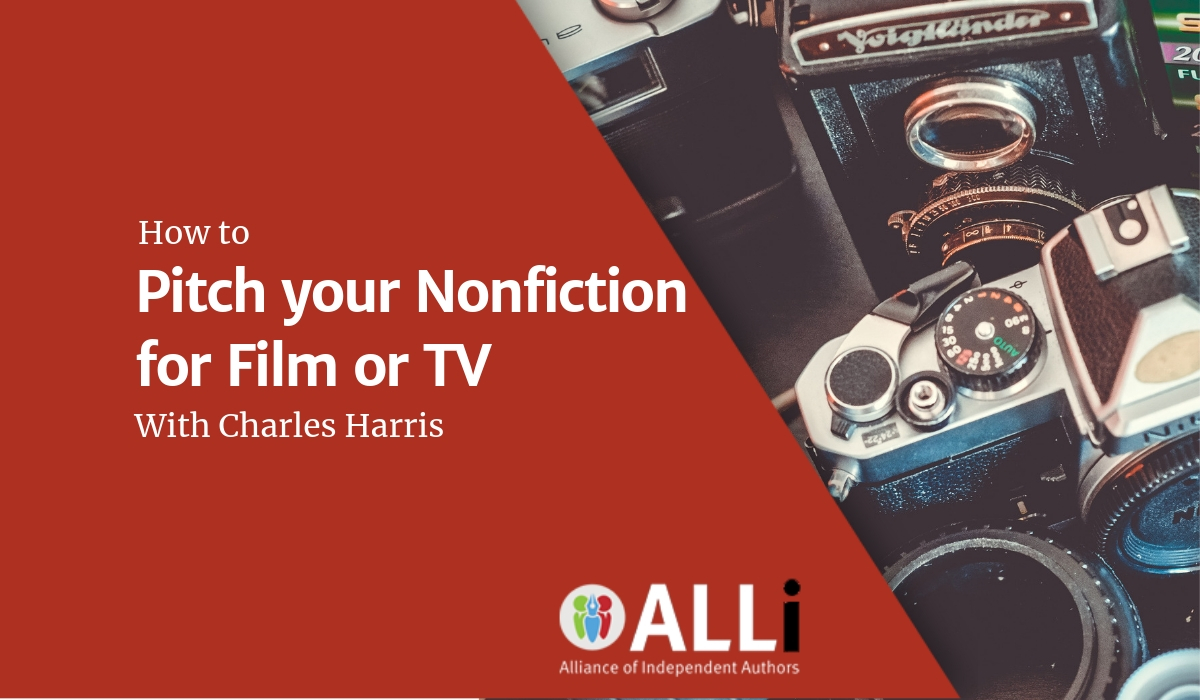 How to Pitch Your Nonfiction Book for Film or TV 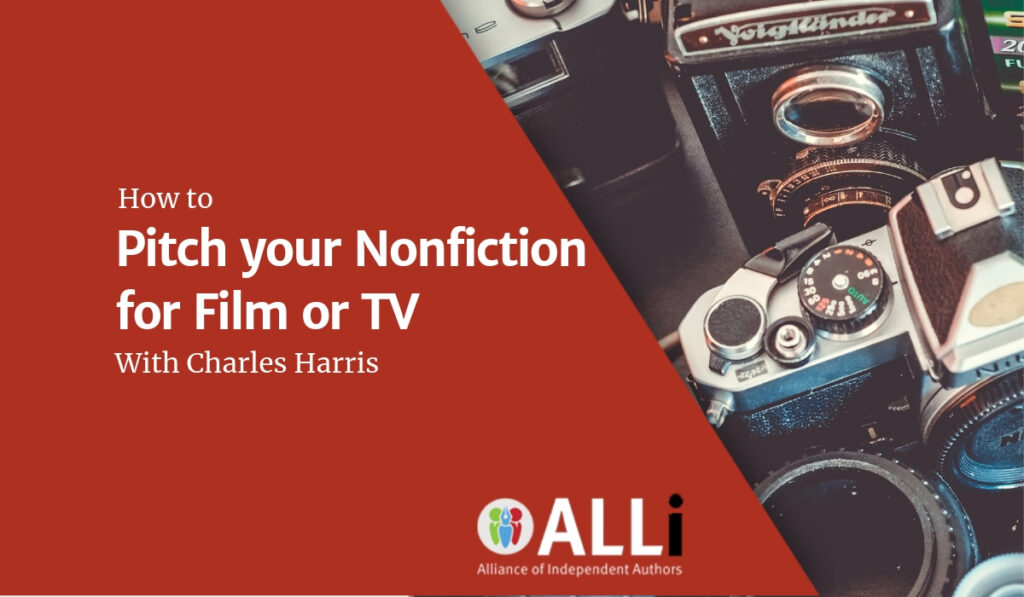 As you cast about looking for other ways to generate income from that nonfiction book you slaved over, ever wonder what it takes to pitch your nonfiction book for film or TV? Kick back and let ALLi Author member Charles Harris show you how it's done.

Did you watch the Bafta awards? The Oscars? Did you cast your eyes across at the world of TV and cinema and dream of the acclaim, not to mention money, a nonfiction writer might make there?

If you have a strong idea, perhaps even a completed and published book, that dream could well become reality. You could pitch your nonfiction book for film or TV – but you need to know a few essentials first.

Because, while TV and cinema pay better, far fewer documentary programmes and films are produced than books. This means more competition for funds, so your pitch will need to be gold standard to survive the process.

Nevertheless, that is no reason to give up. Your writing and publishing experience already gives you many solid skills on which you can build – and if you have the right approach, and do your homework, success could await.

Your first piece of homework may sound obvious, but is perhaps the least followed – watch some documentaries! You need to know what’s out there. That doesn’t mean you should copy what’s been made, God forbid! Originality is crucial. But it does mean that you need to know where your project fits.

This should hardly be a chore, as this is a golden age for many genres of documentary. However, many writers make the mistake of trying to pitch ideas that might have worked thirty, twenty, or even ten years ago, but would have the chances of an ice-cream in the Sahara today.

If you don’t already watch extensively, this is where you’ll get your first reality check. And I use the word “reality” advisedly – the medium has been more or less fully taken over by reality TV.

In reality TV, the programme-makers create a situation and then follow it. The story that develops gives the programme or series episode its spine.

You might arrange, say, for people to swap places or learn a new skill. For example, in the Channel Four series Old People's Home for Four Year Olds, production company CPL opened up a nursery in a retirement village and then filmed the children interacting with the residents there, following how the old people changed.

The attraction of reality TV in documentary is that it promises energy and excitement. Does your book lend itself to finding a reality TV slant? If so you’re in a strong position to interest a producer. 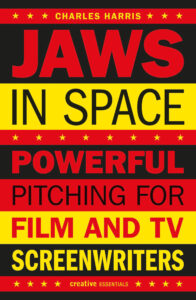 That’s not to say that you can’t sell a documentary about (say) a historical event or an arts movement, but you will have a very hard job pitching a teacherly stroll through a subject, however riveting, unless you can also provide a strong story. If you can, you could be onto a winner, otherwise you will probably need to go back to basics and find a narrative to give your documentary its essential spine.

In my book Jaws in Space, I quote prize-winning documentary writer-director Ulrike Kubatta, who says:

Almost always, it still boils down to “What is the story?”

Dig deep into your material. Is there a good narrative to be drawn out? This may not be a central part of your original book or article. A great documentary could be constructed around a relatively small theme – an interesting character with a goal or dramatic crisis which can be used to anchor the piece.

Check Out the Audience

Next, study the cinema and TV listings. Rate the blurbs according to which you feel would attract an audience.

This will also help you find the right person to pitch to. As you read, you will doubtless come across productions that seem to share something with your own idea. Start a list. Find the name of the producer, director, writer and production company. The internet is invaluable here. Google will bring up company websites, reviews, information on other films they’ve made, all of which will be useful to you.

These will be the people you’ll be pitching to – and will enable you to match producer to project. No point in trying to sell a documentary on Plato to a company that makes nothing but Channel Five programmes about dieting.

To pitch your nonfiction book for film or TV, you’ll need what the industry calls a ‘log line.’ This is a single sentence, two at the most, which describes the heart of your idea. Just as you’d use in an agent’s or publisher’s query letter.

Keep your log line succinct, clear and conversational. Film and TV favour the face-to-face pitch, even if your initial pitch is by email. And if your pitch is successful, your producer will now use your pitch to the next person in the chain. Ultimately successful pitches become the blurbs you were studying in the film and TV listings.

Go back and have another look at how they work.

What Kind of Documentary Is This?

I always recommend starting your log-line with the genre. The genre will be the first important question in the mind of any producer you’re pitching to it. If you don’t provide it up-front, you risk them only half-listening to the content of your pitch, while they try to work out what the genre is for themselves.

There’s no point in me giving you a definitive list of genres as they change all the time. This is why it’s important for you to do your research. You’ll find a wide range of documentary genres. They also often overlap with fiction genres. Some major documentary genres include educational, medical, social, life-swap, revamp, historical, crime, adventure, comedy, science, music, biography, nature and travel.

Having established the genre, the rest of your log line should outline:

This is the heart of your story – and should take a single sentence, two at the most.

You have to have a clear conflict and an expected outcome. A goal that’s being aimed for or a big change.

For example, the pitch for the cinema documentary Touching the Void, might go: The dramatised true story of two climbers who conquered one of the most difficult peaks in the Peruvian Andes only for one to fall off a cliff leaving the other to decide whether to risk his own life trying to save his friend.

If your topic is abstract, such as science, you still need characters – researchers, people affected by the issue, and so on. Your documentary will come to life if you can show us their experiences, setbacks and discoveries in a human and engaging way.

You also have to be ruthless with yourself in evaluating your idea’s appeal. You may be entranced by the central character in your biography. But can you be sure enough people will be interested to guarantee an audience on screen?

Putting Your Story on the Screen

A prime difference when you pitch your nonfiction book for film is that you have to show you intend to make your documentary work on screen. There are a number of possible approaches, which can be used in a variety of combinations. But beware, they each have their pitfalls:

Finally, don’t forget yourself. For all the challenges, you have one more vital thing on your side: your own experience and research.

End your pitch with the reasons why you’re the best person to write this documentary. Did you once work as a belly dancer? Have you spent the past two years intensively researching financial fraud? Do you have a blog about disabled cricketers, with a massive following?

Everyone can find something to show. If necessary, start that blog now!

Choose your target producers carefully. Whether you phone or write, address or ask for them by name. Never, ever use a generic title such as, “Head of Development”.

Start with one to two short sentences on why you are approaching them. Follow with your log line, and finish with a line about what you bring to the project yourself.

Draft your pitch on paper. Stand back and ask yourself whether you really have created the most compelling pitch you can.

If you haven’t, go back and fix it.

If you have, go out and start pitching. The worlds of TV and cinema – and maybe even the Oscars and the Baftas – are at your feet.
Pitch your #nonfiction book for film or TV – but learn a few essentials first. #indieauthor @chasharris #sellingrights #documentary Click To Tweet

What have you done to pitch your nonfiction book for film or TV? What questions do you have for Charles? Enter your comments or questions below.

Charles Harris is a best-selling, award-nominated author of fiction and non-fiction and prize-winning film-maker. His book on pitching Jaws in Space: Powerful Pitching for Film and TV has been an Amazon best-seller and is recommended reading for MA students in film, while his satirical novel about tabloids The Breaking of Liam Glass has been on the Amazon genre best-seller lists and short-listed for two literary awards. He has a wife and two cats who live with him in Hampstead, and two sons who don’t.
Join his mailing list to get his new book of short stories for free.