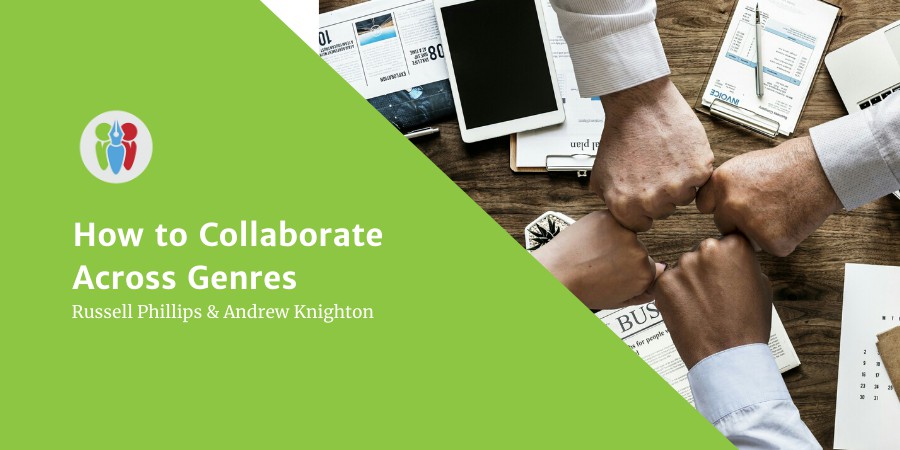 How to Collaborate Across Genres

Co-authoring is a popular tactic for indie authors to widen their network, team up and produce books faster. But typically, co-authors come from similar genres. So what happens when your co-author is from a completely different genre? How do you work through your differences to produce a completed novel? ALLi partner member Russell Phillips and collaborator Andrew Knighton teamed up and are here to show you how to collaborate across genres.

How to Collaborate Across Genres

Co-authoring a book is relatively unusual, and for our military thriller The Bear’s Claws, we wanted to do something even more unusual – a collaboration between a novelist and a non-fiction author. For both of us, it’s been a very successful project. So why did we do it?  And how did the collaboration work when we normally write such different things? 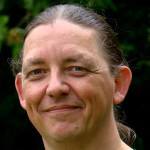 Why Work Together On A Book?

For several years, we’ve followed Joanna Penn’s advice to improve productivity with an accountability partner. We meet online once a month to discuss our writing goals and urge each other on. Accountability worked so well, it made perfect sense when Russell suggested that we try another collaboration — writing a book.

It’s tricky finding a shared project for a speculative fiction writer and a military historian, but there was a writing niche that interested us both – stories about the Cold War heating up. Ever since the 1980s, this strand of fiction has been popular with a small but devoted band of readers, and with the Cold War over it’s moved from future speculation to alternate history.

Russell already had a story in mind – telling one of these alternate histories from the Soviet point of view. It was a project that would let each of us reach a new audience while finding out how co-authoring works in practice. So we set out to craft what would become The Bear’s Claws.

The first important decision in the project was how to divide the work. Fortunately, there was a natural way to do this — playing to our strengths.

The sort of readers who enjoy war stories are interested in the details of military equipment and tactics. As a writer on modern military history, this was something Russell had the skills and knowledge to get right. Russell is also a more experienced marketer and self-publisher, so better placed to deal with that side of producing a book.

Andrew, on the other hand, has over a decade of experience writing fiction, from steampunk short stories to ghostwriting novels. The bulk of the work on bringing the story to life went to him. 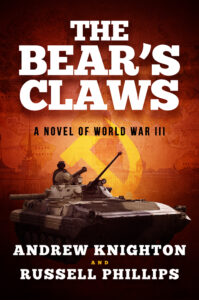 The story started with a novel Russell had begun for NaNoWriMo. A rough draft of the first few chapters, it provided the core story around which The Bear’s Claws was built, the story of a Soviet soldier invading West Germany and of his sister at home in Leningrad.

Based on that beginning, we worked together to flesh out the plot. Russell developed a plausible scenario for how the war might play out, including interesting details for the action scenes. Andrew fleshed out the characters, their personal arcs, and their journey through that war. Put together in a spreadsheet, this became the outline we wrote from.

As the more experienced fiction writer, Andrew took the plot and set to writing. He wrote a chapter at a time and sent them over for Russell to check the military details, problems with the story, and the inevitable typos. That ongoing feedback let Andrew write something more convincing and engaging, improving the work as he went along.

Getting the Details Right

Russell paid particular attention to the minutiae of the military equipment and tactics, often making small but important corrections to terminology or the details of how things work. This is a genre where the readers know the difference between an AK-47 and an AK-74, so the details are important.

Once a draft of the novel was complete, we read over it and sent comments back and forth, refining what we’d written. Then Russell recruited a group of beta readers, who let us see beyond what we’d been caught up in, picking holes in our beloved book. Their insights provided plenty of areas for improvement, with more rewrites for Andrew and more fact-checking for Russell, to get the novel as close to perfect as we could.

Although we've known each other for a long time, we understood the value of having an agreement in place so that we both knew what to expect. We used ALLi's sample co-authoring agreement as a starting point.

Russell is a techie and runs an author services business, so they created a shared Dropbox directory for the book files, a wiki for notes, and an online task manager to keep us organised. Once the book was finished, they created the ebook and print interior files, including a large print version. We hired a cover designer that Russell has worked with before.

Neither of us wanted to deal with splitting the royalties, so we set up a collaborative project on Bundle Rabbit who distribute the book to the major vendors, take a cut, then split the royalties. As well as less work for us, it means that we both have access to sales reports.

Russell has taken the lead on marketing. As well as promoting the book on a number of Facebook groups related to the Cold War, they've arranged for us to be interviewed on a Cold War podcast. Russell used their knowledge of military history and hardware to write a blog post about the vehicles described in the book, and one about the change we made to history that ultimately led to war.

We both found the process enjoyable, and we've each learned from seeing how the other works. There was little crossover between our readerships, so we've both gained exposure to new readers. The book is selling steadily, so the project has been an all-round success. Co-authoring isn’t going to be for everyone, but if you can play to your strengths then it can be a great way to create something new and interesting.

You can find out more about Andrew on his website here and more about their book here.

Have you ever collaborated with someone across genre? Did it work? What lessons did you learn?

How to Write in Collaboration with Your Life Partner: A Case Study of Husband and Wife Team Alex Knudsen & Charlotte Zang

Russell Phillips is an established indie author. He self-published his first book in 2011, and has written and published books in various formats since then. More recently, he set up an author services business to help others that wish to self-publish.www.authorhelp.uk