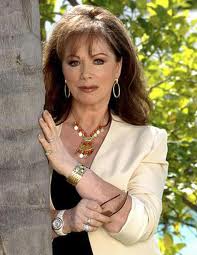 Today, in the fifth and final part of our ‘Which Distributor’ series, Orna Ross explains how independent authors can successfully work with trade publishers to distribute some of their books.

At a writers conference, an agent and writer are putting out tentative feelers towards each other. The agent is from a venerable company, with a long list of illustrious clients. The writer is an independent author, who has earned her indie spurs by successfully self-publishing two ebook thriller titles (with more on the way) and building a vibrant and growing fanbase, both for her books and her writing advice website.

The agent wants to sign this author, who is young, hardworking, full of ideas, with many books ahead of her. The author is actively seeking a trade publisher, because she wants a third party to handle print.  For her, print takes too long and requires the sort of activities that don't interest her. It's the one thing trade publishing can do better than she can do for herself, she believes.

The two talk, they seem to understand each other. Back home, the agent sends over an  Author Representation Agreement but before she's read too far, the writer is concerned. A clause states that the agent will take a commission on all of this indie author's income, including self-published work.

The agent's logic belongs to traditional thinking, that having a trade publisher increases an author's self-published income, but it fails to acknowledge that this works both ways. And, arguably in these technologised times, far more in the opposite direction. The agent has misjudged her prospect and shown an inherent disrespect for this writer — for her hard work to date, for her achievements, and for her aspirations and creative plans for the future. For her indie spirit.

Just having that clause in the standard contract is enough to give the writer pause. End of negotiation.

Independent Authorship and Self Publishing Are Not Synonymous

The number of ALLi members who use trade publishers to distribute some of their titles makes it clear that, contrary to what many people still think, being an indie author does not mean that you only self-publish. Though the indie movement rose out of self-publishing, it has gone beyond it.

But many agents and publishers need to rethink what they do and how they do it if indies are going to be interested in working with them.

As one of our members, Bob Mayer, who has successfully combined trade and print publishing put it recently in Digital Book World: “The product is the story.  Not the book, not the eBook, not the audio book: the Story. The consumer is the reader.  Not the bookstores, the platform, the distributor, the sales force: the Reader. Authors produce story.  Readers consume story.  If anyone is in the path between Author and Reader they must add value to that connection.”

We have a number of members who attest that trade publishers can add value for indies but only if the author's status as creative director of the book through all stages of the process is acknowledged.

Acknowledged by contractual terms and conditions, not lip service.

How Indies Work With Trade Publishers

The acceptance of self-publishers by trade publishing is a new phenomenon, so we are in the early stages of devising new ways for working together. Indies who want to go this route need to think very carefully about the value that is actually being added at all three stages – getting the book written, getting it published, getting it read.

Most crucially about what the publisher will bring to each format (ebook and pbook) that it has a stake in. For indies, it often makes sense to offer print rights only, if only to get agents and publishers thinking about how they can add to the author's existing digital presence.

Each author and each book will be different but to work successfully with trade publishers, you need to:

ALLi's Code of Standards encourages all members to be proud of our indie status, and to carry that pride into all our ventures, negotiations and collaborations — not only in the interests of our own success, but also to further the empowerment of all writers.

Self-publishing is now a recognised pathway to trade publication but unless we want self-published work to just become the new slush pile, just a way for publishers to find tried-and-true prospects who have already done the hard work of finding readers, we must understand what the power-shifts in this new and rapidly changing publishing landscape mean for us as indies.

The shift in power towards writers is making many people uncomfortable, including many writers. It's an old story: with power comes responsibility and that can be scary. The danger is that the fear factor – nervousness, anxiety, dismissing all trade publishers as the enemy, monetarily undervaluing our indie achievements, not preparing for effective negotiations – could see us selling ourselves short.

At the beginning of the twentieth century, the publishing industry carved up territorial copyright and royalty incomes on conditions that were very favourable to publishers and very unfavourable to authors. As a result, the typical income for a professional author is one third below the national wage in the UK.  And as bad, or worse, in other countries.

Now at the beginning of the twenty-first, we are at a turning point. We now can directly  reach our readers. This, and the increased incomes that many of us are enjoying, is not something to undervalue and neither is the century of expertise in book production and brand building that trade publishing has accumulated.

In this critical time of flux, when everything is being reconfigured, how we independent authors position ourselves when the trade publishers and their agents come calling — as they surely will when we self-publish well — is critical.

It has implications for all indies, and for the future of all writers and publishers.