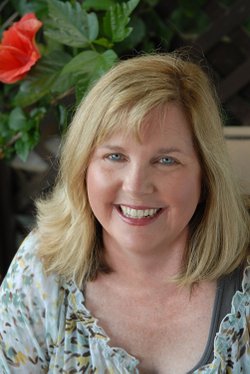 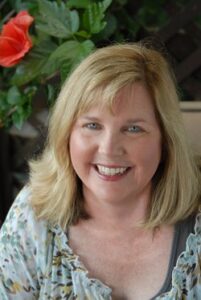 Marie Force, bestselling indie author, who says self-publishing for the first time was the best thing that ever happened to her

Want more success? Write more books. Our interview with the lovely US indie and trade-published author Marie Force makes refreshing reading for all those jaded with the constant pressure of marketing.  It’s all in the books, says Marie. The secret of her mega self-publishing success, past, present and future, is all in the quality of her books. Read on for inspiration – but better sit down first, as her astonishing productivity will make you reel!

The secret of your success?

I don’t know if I’d call it a secret, per se, but I give ALL the credit for any success I’ve had to my books. I’m very fortunate that readers seem to connect with my books on a very deep level and keep coming back for more of my characters and series.

My Gansett Island series is at book 15 with no end in sight, Fatal is at book 10 with no end in sight, Green Mountain is set set up to go at least 18 books, and I’m really enjoying the Quantum series that’s at book 5. In addition, my readers ask every day for another book in my Treading Water series, which I thought was finished until they told me otherwise. I spend a lot of time in author forums where other authors talk about the various marketing strategies and promotion opportunities. While those things are important, I’m a big advocate of the books, the books, the BOOKS. They are the key to everything.

The best thing I ever did for my writing career was self-publish for the first time in the fall of 2010. That was a total game-changer, not just for my writing career but for my life in general. One year later, I was able to leave a 16-year day job to write full time. A year after that, I hired a full-time assistant and now have four full-time employees on my team. It’s been an absolutely amazing ride, made possible almost entirely by that single decision to self-publish some of my unsold manuscripts.

I’ve also done really well in traditional publishing, but nothing can compare to the impact that self-publishing has had on my career—and my life. To bring it further into perspective, my business recently hit the eight-figure revenue mark.

80 percent of that is from 30 self-published titles whereas 20 percent is from 20 traditionally published books.

I expect those percentages to creep closer to 70-30 as my new contract with Harlequin continues, but the disparity in revenue is quite significant. 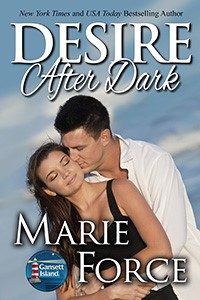 The next in the 15-book Gansett Island series

I love the quote that luck is the convergence of preparation and opportunity. I had been writing for years with limited success by the time digital self-publishing became a viable alternative. I had a lot of unsold books ready to go, and as soon as I could, I began publishing them one right after the other.

This gave my career a huge boost that most likely wouldn’t have ever happened without self-publishing.

I published the first three Gansett Island books three months in a row in 2011, and that series is now closing in on 3 million books sold. Book 15 will be out in May with much more to come. When opportunity knocked, I was READY.

That, along with the hundreds of rejections I received early in my career, turned out to be the luckiest of lucky breaks for me. I give thanks every day that Maid for Love, book 1 in the Gansett Island series, was rejected by every publisher in the romance business. That series has changed my life and that of the friends/family that now work for me. Everything has been made possible by Gansett Island.

I have a lot of obligations—to my readers, my publishers, my employees and my family. I don’t have the luxury of being able to wait for my muse to show up and tell me it’s time to write. I have a job to do every day, and I do it. I write seven or eight books a year, tending to each of my four series on a regular basis.

I have a writing schedule that dictates what I’m writing and when. I set my own deadlines with my two publishers (Harlequin’s HQN and Berkley Books, a division of Penguin Random House) and have time built into the schedule to write my two self-published series. The excel spreadsheet with the schedule laid out into 2018 runs my life. I start each day with time for email and social media, and I’m usually writing by 9:30. I keep it up until the words stop coming, and then I call it a day. After dinner, I deal with more email and Facebook and Twitter, etc. In between all of that are family obligations and time with my kids, although only one of them still lives at home. I try to spend as much time with him as I can because I know how fast the high school years go by after already seeing my daughter through high school. 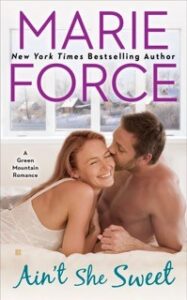 Ain’t She Sweet, Green Mountain book 6, is out on April 26. I’m working on the next Gansett Island book, Desire After Dark, that I hope to have out in May, and when I finish that at the end of March, I’m right into the next Green Mountain book, Every Little Thing, that’s due June 15. My next Fatal book, Fatal Identity, is out on July 26. I also hope to have the fifth Quantum book, Ravenous, out later this year. My schedule pretty much goes from one series to the next to the next and the next, and then rinse and repeat. 🙂

Write more books. Nothing you do will grow your career or your following the way more books will. If you have time to write or promote but not both, write more. Your books are your greatest promotional tool, and the more of them you have, the better your chances of connecting with readers who will follow you throughout your career.

Her goals in life are simple: to finish raising two happy, healthy, productive young adults; to keep writing books for as long as she possibly can; and to never be on a flight that makes the news.