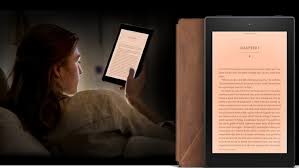 How can authors get properly paid? In this week's self-publishing and all-things-related news, the Society of Authors calls out literary festivals on authors' appearance fees. Also, new gadgets and services, and how readers increasingly enjoy their serials and smartphones and the end of Flipcart. Valerie Shanley gets the lowdown from ALLi partners and friends.

Flipkart Flips Over To Kobo

News hot off the presses from ALLis in India: Flipkart, India's largest ebook distributor has closed, and is now transitioning their systems and subscribers to Kobo. This 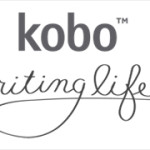 will give Kobo, and Kobo Writing Life, their self-publishing platform, an instant foothold in the Indian market, a move that has been welcomed by ALLi Partner Member Read Out Loud. “I expect to see bigger and better things from them as a result,” says Ritesh Kala, who broke the news to us on ALLi's Member Forum. “The transition seems to be happening very fast, and may get done by end of the month. We will continue tracking these developments.”

Festival fit – but not for free

How to broach the matter of payment can be a troubling exercise for writers when there is an expectation from others that those talents should come at low cost, or entirely free of charge.

An example is the invite to chair or speak on a literary festival platform – flattering for any author, but a reasonable fee may be way down the agenda.  Into the tent steps the Society of Authors (SOA), who earlier this year contacted  22 literary festivals in the UK on the subject of terms for author appearances. Following on from the 17 responses, the SOA has has now sent all of the organisers practical guidance for engaging authors and ‘Minimum Practice Guidelines’.

“An event involves time and preparation and authors deserve to be paid just as much as every other professional who contributes to the event, particularly if people are paying to see them, “ say the SOA, while quoting an ALCS study of last year showing average earnings for full-time professional authors in the UK are just £11,000 per annum.

Payments for appearance at a festival mostly fall within the £150-£200 fee range – occasionally slightly higher regarding the fame of the author or distance travelled. Chairing a panel averaged in some cases at £75-£150. Since opening the lines of communication, the SOA reports that most festival organisers have responded positively to the call to consider fair treatment, while the Arts Council has agreed to ensure writers are being paid, and confirmed they will not fund festivals who do not remunerate authors.

Check out the full report here, as well as guidelines for authors, an invoice template, and the list of festivals contacted. 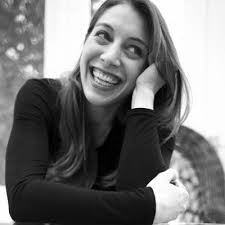 When Charles Dickens work was first  published in serial form back in 1836, it famously brought him to a readership eager for more. Almost two centuries on, the serialisation model is gaining popularity in a high-speed digital world where consumers struggle to absorb content overload.

The Pigeonhole,  a website and app acting as a subscription  online book club literally in your pocket, offers bite-sized chunks of hand-picked new books and the classics, delivered to smartphone, tablet, Kindle or laptop.

A German and UK co-production, founded by Anna Jean Hughes and Jacob Cockcroft just over a year ago, the service aims to appeal to a global audience who enjoy some serial to start their day.  Along with books, the site also has reportage content by diverse contributors cities worldwide in the form of a ‘Letters from…’ regular slot which lends itself to the serialisation format.

“People are now born with handheld devices, and it’s fascinating how it’s changing our viewpoint about content,” says Hughes, one of the speakers at last week's FutureBook conference in London.

“Discoverability and word-of-mouth are the keys to selling books,” she adds, acknowledging many readers now expect free content and the challenge now is to “get invested readers who will come back again and again.”

The Fire is so delightful

Amazon US reading by Firelight this Xmas

Amazon is singing the praises of the latest version of its best-selling tablet. The Fire HD8 Reader’s Edition has just launched in time for Xmas in the US, and the new device, coming in a limited-edition leather cover,  combines the Fire HD 8 ( 8 inch colour HD display) with 12 month Kindle Unlimited giving access to over a million books.

The launch follows hot on the heels of the company’s announcement last week that the Fire is now available to customers in China. This will give readers there access to Kindle books with English language learning features like Word Wise.  Millions of Kindle ereaders have already been sold in the country, and demand for the Fire is set to match those sales.

According to the International Publishers Association (IPA), China comes next after the US with a 10%, share of the global publishing Top 10. But when it comes to digital book adoption rates, that figure drops dramatically. With this latest tablet launch, once described by the Wall Street Journal as “the paperback of digital entertainment”, those figures will have the proverbial fire set under them.

Link to these announcements on the Amazon Media Room. 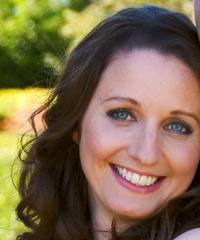 Mobile reading will roam the globe

The growth in reading on that hand-held device that is always with you – your smartphone – is just one of the topics discussed in an informative interview on The Creative Penn site.

Two great ALLis, our Author Enterprise Advisor Joanna Penn and Dan Wood from ALLi Partner and award winner, Draft2Digital, chatted about how the e-book revolution is only beginning and the opportunities it offers indie authors in expanding into new global markets. One of the innovative online subscription services with an eye to the future discussed is the Spanish-based 24symbols, launched four years ago as a ‘Spotify for books’. 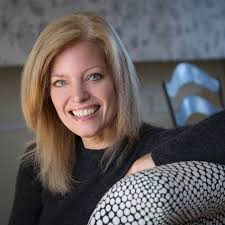 Susan Jurevics – calling up the future

Now with a New York office, the company is attuned to the growth in the popularity of reading on bigger smartphones, such as the iPhone 6 Plus, and looking at partnerships with phone companies where users can pay an ebook subscription through their phone bill. For more on this and other new developments, catch the full interview here.

On the same subject of smartphone as your go-to ereader, Susan Jurevics of Pottermore, digital entertainment site and publishers of Harry Potter e-books, stresses the growing importance of creating mobile friendly content. Speaking at FutureBook, she cited the 2.6bn growth in smartphone subscriptions annually while predicting that within the next five years, 70% of the world will be using them.  And that’s a lot of content.   Catch Susan's comments in full here.

Booktrack, the app that synchronises music, sound effects and ambient sound to ebooks, has tuned in with digital publisher Canelo for books to add to its platform. Among the new launch titles are works from ALLi  Author Member, AD Starrling.

The UK is the second biggest market for the San Francisco-based Booktrack and represents over 15% of its traffic, reports The Bookseller, adding that nearly 70% of UK users use Booktrack via mobile devices, the highest percentage of all markets. The company  aims to grow its portfolio of UK-based trade and self-published authors further and will also be integrating Sony's user rights management solution to provide an open standard protection for ebooks.

Considering a New York Times opinion piece described Bookmark’s synchronising sounds to reading as “a laughably stupid idea” back in 2011, the uptake figures since must be music to the company’s ears.   Read the full story here.

Scribd takes up the baton with sheet music

Faith in the subscription model in a digital world took another step forward with the announcement from Scribd of its new sheet music service.

Over 2,600 sheet music selections from songbook publisher Hal Leonard, ranging from classic to contemporary, will be available to subscribers.

Originally conceived as an academic publishing platform, Scribd now has over 100m users, and is headed up by the awesomely young (31) Trip Adler. Along with the sheet music addition, the company has also expanded its reference library.  Read the full report here.

What are the best self-published titles of 2015? 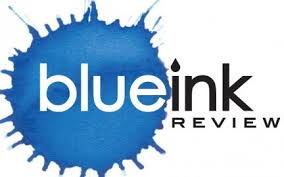 ‘Tis the season of lists with the BlueInk Review site making its mark with their top indie books for the year. Winning titles are  from those critiqued by reviewers from papers such as the New York Times, the Washington Post and other respected publications.  The categories listed were general fiction, romance, thriller, crime, short stories, self-help, non-fiction, business, and miscellany. Check out the full listings here.