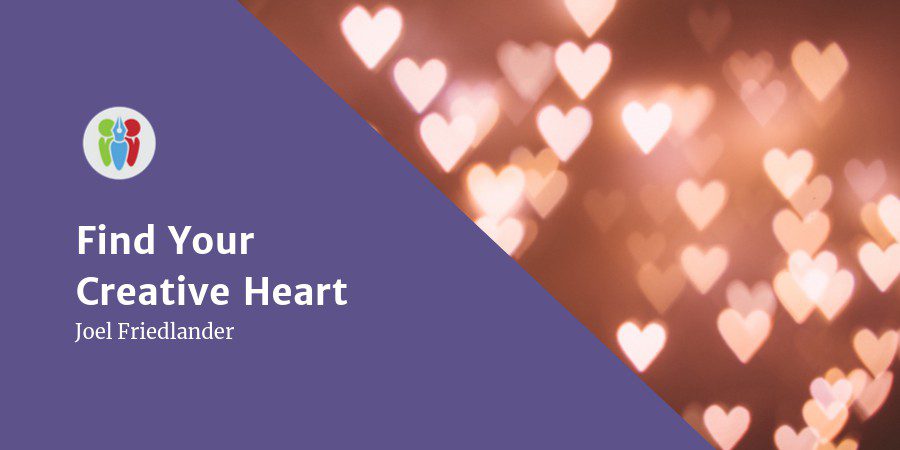 Longtime ALLi advisor Joel Friedlander, and our cover feature in the 2019 Q1 Edition of The Indie Author member magazine, has helped birth hundreds of thousands of books through his business TheBook Designer.com.  His latest project, Creativity and You, invites you to attend to the quiet place inside where you’ll find the torrent of images, ideas, words, and sounds alongside your creative heart. Go creative! 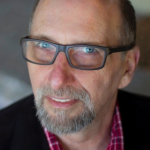 A couple of months ago, I happened to take a long look through my Twitter feed. One tweet caught my eye: “18 Ways to Think About Creativity,” it said, with a link. I was intrigued, and something perked up inside me when I saw it.

Was it because creativity has been a favorite subject of mine for many years, or was something deeper at work? Was it coincidence, synchronicity, or accident? These—as well as other seemingly unexplainable occurrences—are celebrated in the creative world because they generate unusual discoveries and world-changing insights. They are the chance meetings on a train, the accident of a book falling open at just the right moment.

I clicked the link to see what the article was all about.

Imagine my surprise when, as the page started to load, I recognized TheBookDesigner.com—my own website.

Yes, it turned out I had written this article in 2010 and published it on my blog. At the time it evoked little response, and like many other articles I wrote back then, I put it out of my mind to start working on another article for the following day. In other words, I promptly forgot about it.

And yet, there I was, looking at something I hadn’t seen in years. There wasn’t a lot of content, just a list of one-sentence bullet points.

Many of the thoughts still rang true, years later. A few surprised me: Did I write that? The article wasn’t bad, but it was abbreviated, each statement barely making its point before I moved on to the next one.

In the two years before I started blogging, I wrote daily in a freewriting practice and once a week with a freewriting group led by writer and poet Suzanne Murray. Freewriting involves using a writing prompt and writing faster than you can think for a set amount of time. You write without interruption as fast as you can until the timer rings. Then you stop. This way of writing changed me, and it changed my life.

Freewriting reestablished my connection with my creative source. I had spent many years writing only business-related copy, such as promotional ads, fundraising letters, and annual reports, all impersonal from the writer’s point of view.

Since my college days I had wanted to be a writer. I learned to see the world as an observer of life and dreamed, like all young writers do, of making an impression with my work. I was held back by my inability to find a style of my own, a voice that wasn’t an imitation of someone else. I had no confidence in myself, and the urge to write was stymied by my own misgivings.

By the time I started Suzanne’s class, I had become what she called a “crushed creative.” Freewriting freed me from the prison I had created for myself.

As I got better at the simple practice of freewriting, my writing continued to deepen. Soon I was writing with almost no interference from my busy, judgmental mind. Weird scenes, places I had never been, unbelievable characters, insights, dialogue—they all started pouring out of me during my freewriting sessions.

Eventually, I realized I contained within me a nonstop, powerful stream of creativity I could tap into any time I wanted. New ideas would appear every time I sat down and dropped into my freewriting practice.

This was incredibly liberating. But it also made me wonder about the true role of creativity, about how my internal wellspring connected to the larger world.

When I look around, it seems like creativity is everywhere. These days, people who do creative work get so much more respect than they did in the past, when only the most popular writers, artists, and musicians could attract large-scale attention.

Maybe this eruption of creativity comes from the democratization of the tools of creation. All you need to make a movie is an iPhone, which means there are hundreds of millions of potential movie makers.

Birth of a Book

These are some of the thoughts that occurred while I read my old blog post on creativity from 2010. And reading it, I recognized that something had eluded me back then.

There was so much more to say on each of my bullet points, as well as more topics to write about. After all, creativity is at the heart of what I do, whether I’m writing, designing books, creating new products, or building and delivering presentations.

And that is how this book came to be. It is intended for writers and other creative types who need a boost or who have gotten trapped in a cul-de-sac in their work. It’s not intended for groups to use in the pursuit of more creative action in their department or office (although it certainly could be used that way). It’s meant to be more intimate than that because I hope to give you a new way of looking inside yourself to find some of the most common obstacles to creative work.

This is why creativity is so important now. Nothing is more crucial than finding creative solutions to the problems we face, whether they are personal problems or difficulties in our community, in our nation, or on our planet. In addition, the world is constantly changing. Success in the future will rely on understanding how to creatively meet the challenge of constant change.

Making something new, something that never existed before, is the essence of creative action. That “something new” can be an extension of what came before, or it can break completely with everything we know.

For the individual artist, creativity is paramount. If your life is driven, as mine has been, by the necessity to make something new, to make a difference, you know your ability to manifest your creativity in the world is an existential imperative. In other words, if you’re someone who has to be creative, learning to access your creative source can mean the difference between life and death for a special, deep, and idiosyncratic part of you.

My job is to point out where the need to create meets obstacles, whether in the world or from our own unknown depths.

I want you to live, to write, to paint, to play your music, to sing at the sky, to dance when the spirit moves you. How? Attend to the quiet place inside where you’ll find the torrent of images, ideas, words, sounds—a veritable maelstrom of invention—from which you can draw your own untarnished inventions that will make you who you are.

Have you ever lost your creative heart? What exercises did you use to rekindle it?

Writing: How to Create and Use a Style-sheet to Keep the Details in Your Books Consistent

Joel Friedlander is an award-winning book designer, blogger, writer, and speaker. The author of A Self-Publisher’s Companion and The Book Blueprint, and the blogger behind TheBookDesigner.com, Joel is a columnist for Publishers Weekly and was named by Writer's Digest as one of the 10 people to follow in book publishing.