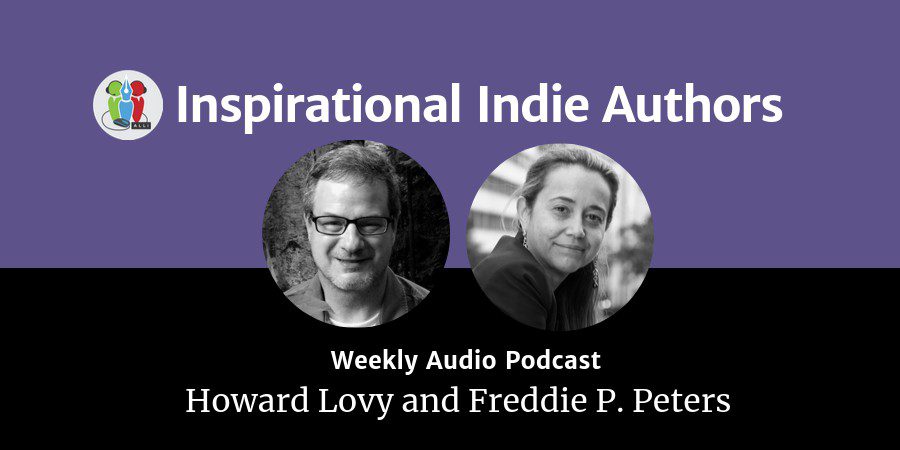 My guest this week Freddie P. Peters, whose background in law and high finance was perfect preparation for her series of financial crime thrillers that also involve espionage, terrorism, and the nature of greed. 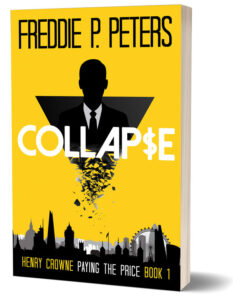 On Her Work in High Finance

I took a lot of notes on what I thought was interesting, staggering, revolting, I mean, you have the whole spectrum of human nature there. You have some kindness, you have some respect, but you have clearly some people who are difficult and who are verging on the psychopath.

I will be talking about the tensions that are emerging at the moment with polarization. That I will definitely be talking about. Mixed culture is something I'm interested in as well. So, I think I will be inspired by what is happening geopolitically and also by other matters I'm very keen to debate and discuss. There is plenty, I think, to say.

If you haven’t already, we invite you to join our organization and become a self-publishing ally. You can do that at http://allianceindependentauthors.org.

Subscribe to our Ask ALLi podcast on iTunes, Stitcher, Player.FM, Overcast, Pocket Casts, Spotify or via our RSS feed:

Howard Lovy: I'm Howard Lovy, and you're listening to Inspirational Indie Authors. Every week I feature a member of the Alliance of Independent Authors to find out what inspires them, and how they are an inspiration to other authors. My guest this week is Freddie P. Peters, whose background in law and high finance was perfect preparation for her series of books on financial crime, espionage, and the nature of greed.

Freddie P. Peters: My name is Freddie P. Peters, I was born in France, in an ancient town between Bordeaux and Cognac. And despite its charm, and the appeal of the good food and the wine, I never was quite content in *inaudible* So I was always dreaming of doing something different, something else somewhere else. And as soon as I could, I left *inaudible* for Paris, where I studied law. And I then decided that Paris was something I enjoyed, but possibly not all that international. And therefore, I looked further afield. And that's when I discovered that London would be a wonderful place to study and live in. So I moved to London, and studied at King's College in London. And then I got a job and decided that this was going to be my life. And I stayed there for 30 odd years.

Howard Lovy: What was wrong with Paris? It wasn't international and multicultural enough for her at the time. And this was important to Freddie to experience different cultures and mixing. She wanted more excitement.

Freddie P. Peters: And it felt also very, very French, and not so International, not so open minded. And I was restless about that there was wrestling lessons about finding a culture and a place where culture could mix, people could mix and you could experience what it was to be foreign, and different in another city. And I think that's what I was looking for when I left for Paris. And I didn't quite find it there. So I decided to try London and London really was the place then.

Howard Lovy: Freddie earned two law degrees, one from from Sorbonne, and one from King's College London, and was a practicing lawyer for about five years. But she was itching for something more exciting.

Freddie P. Peters: But then the city beckons. And it was a time where the city was recruiting a lot of international lawyers like me to work on the trading floor. And I thought it was an incredible opportunity to work in a very exciting place. And I switched immediately and never regretted it and the switch was something which opened up new possibilities for me. And I saw that it was the right thing for someone who wanted to mix certain skills of law and understanding of law with the skills of business. And that was really what made me stay where I was for many, many years.

Howard Lovy: It wasn't easy being a female foreigner in the cutthroat world of high finance in London. And she had to perform a tough balancing act.

Freddie P. Peters: if you were a female and a foreigner, you would not always be given the best tasks. So I recall distinctly, you know, going to meetings and the one thing that the senior partners and the senior people wanted me to do is pour the coffee and hand the biscuits out. You know, it was quite funny if you think about it. But as a junior you're trying to assert yourself, you don't really want to be necessarily being there to pour the tea and do nothing else.

It was something where you needed to put yourself forward in an interesting way. But you didn't want to overdo it either. I think being too forceful meant that you were going to attract the wrath of your senior manager. So it was a really interesting way of navigating with asserting yourself and yet, knowing how to play them in their own games, which was you try to be intelligent, try to point out to where you wanted to go and where they needed to go but in a manner that was non-threatening, which meant being as diplomatic as you could possibly be.

Howard Lovy: All this gave Freddie a lot of insight into human nature to use later in her writing. And yes, she knew she would write about all this excitement one day. And so she took notes.

Freddie P. Peters: That's one thing that inspired me, I think, in terms of writing. I, for a long time, took notes in diaries. It was a way of noting what I thought was incredible in the way human nature was expressing itself. And I started diaries 20 years ago. So I took a lot of notes about what I thought was interesting, staggering, revolting, you know, I mean, you had the whole spectrum of human nature there.

You have some kindness, you have some respect, but you know, you have, clearly, some people who are difficult and who are verging on the psychopath. So it makes it very rich as a realm to find directors that you can use and and reshape into people who you think are going to be attractive to talk about.

Howard Lovy: Eventually, it was the questionable ethics involved in high finance that convinced Freddie she should quit and write about it instead/

Freddie P. Peters: I think the transition came because I was becoming more and more disenchanted with what I saw. And I think when I joined the city, I was aware of the fact it was going to be a very tough environment. I was aware with the fact that I had to fight for what I thought was ethical. And I thought I could make a difference. You know, I thought, “I'll make a stand or say no when I don't like what I see.”

And I have made stands and said no when I didn't like what I saw. But it became so intense and the pressures were so intense that you always doubted whether you could sustain yourself for very long. And there's a moment when you know that they are about to break you and you don't want that. So I moved away from the trading floor into another area of the city, which was, as I said, management, which was much calmer and was much more more able to let me do what I thought was right and ethical.

Howard Lovy: Freddie's first book Collapse went right into the belly of the financial beast, the economic collapse of 2008.

Freddie P. Peters: Collapse is inspired by the financial crisis of 2008, which I thought was probably one of the most important events of the century as we know. Possibly even since, people talked about, since the 1930s. So it had to be talked about because not only the financial world changed after the financial crisis, but I think the world became more aware of the greed and the lack of ethics that surrounded not only finance, but a lot of other institutions. But it's also based on the fact that governments, regulators, and other people should've been more savvy and more aware did not do their job. So for me, it was an important point and important inflection point which needed to be talked about, and that convinced me that the first book was going to be dealing with that particular moment in time.

Howard Lovy: But Freddie's books aren't just about finance. They're also about following the money to see how greed feeds into corrupt politics, and terrorism.

Freddie P. Peters: I thought the espionage side was giving me also a way of exploring other avenues in which finance feeds into some of our foes. Your finance out of control definitely feeds into terrorism. It feeds into money laundering. It feeds into institutions that should definitely be fought. And yet, the greed of the financial sector means that these groups are not being fought effectively. So to me linking the espionage with finance was a way of reaching out towards that type of storyline, which I thought was important and attractive.

Howard Lovy: The main protagonist in her trilogy of books Collapse, Breaking Point and No Turning Back is a character named Henry Crown.

Freddie P. Peters: Yes, Henry Crown is my protagonist. Henry is a born interactor between old allegiances coming from his childhood in Ireland, and Belfast in particular. And I am particularly interested in what is happening in Ireland in Darfur, as in the IRA story and history. So, Henry has an IRA background, because of his birth in Belfast, because of his father probably belonging, there's a storyline they're going through as well. But Henry is also a man of great intellect and he has decided to make something of himself by going to the city. In the city he is a successful man. And yet, you know, he cannot relinquish his his childhood friends, and he cannot relinquish who he really is. So there's a tension here between belonging and friendship, and wanting to be true to yourself. And yet, the world of Finance that gives you stability, solidity, a huge amount of success. The tension in him is an interesting thing to explore.

Howard Lovy: Freddie has no shortage of material when she writes about the intersection of politics, finance and terrorism. All she needs to do is look at the latest headlines and she plans to do just that for future books,

Howard Lovy has been a journalist for more than 30 years, and now amplifies the voices of independent author-publishers and works with authors as a developmental editor. Howard is also a freelance writer specializing in Jewish issues whose work appears regularly in Publishers Weekly, the Jewish Daily Forward, and Longreads.