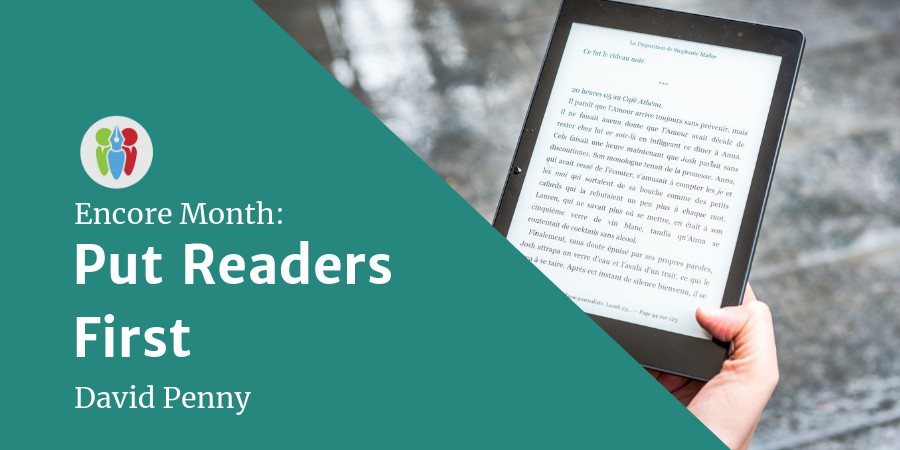 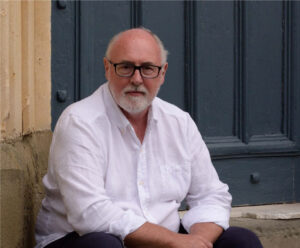 A great reminder in today's encore post to put readers first. David Penny, author of the Thomas Berrington Historical Mysteries set in the final ten years of Moorish Spain, makes a plea for indie authors to focus on marketing to their readers rather than to other writers, to make the best use of marketing time and resources, and to free up more time for writing.

I consider myself lucky … very lucky. It has been said it’s strange how luck always seems to happen to people who work the hardest. Well, let me tell you – that’s not me!

So how can I say I'm lucky?

Because I recognised early on in my (second) writing career, exactly who I need to market my books to – and that’s readers.

It might sound like an obvious thing to say, but I’ve met so many writers who haven’t yet learned this lesson.

When I started self-publishing historical novels in 2014, I connected on social media with a frenzy as I attempted to persuade people to buy my books. Oh, I was a good social member and didn’t spam my titles, but I had made a big mistake with who I was connecting to. 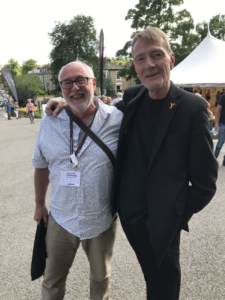 Networking with other authors can be great fun, but it's not effective book marketing, says David Penny, seen here with Lee Child

Who are YOU talking to?

I like talking with writers. I love nothing better than attending conferences or sitting down to discuss how we create what we do, what problems we encounter, and how we get over them.

And the one topic that comes up over and over again is: “How can I sell more books?”

Some people consider I have had a small measure of success, but that is far from the truth – except, I do sell books. Not thousands a day, most days not even a hundred a day, but my sales are consistent – at least they were until some time in September when Amazon tweaked a secret algorithm.

I put this small measure of success down to one simple fact:

I discovered that who I need to talk to on social media are readers. Not writers, although they read too, but there are a lot less of them, and they read differently.

How Many Readers Must YOU Reach? 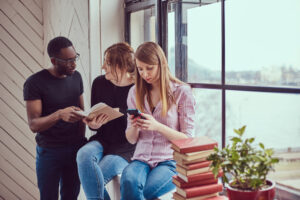 I also discovered that for every thousand readers out there, possibly only one or two of them might like my books.

I can hear everyone screaming now. Argh! 0.1% That’s terrible! But no, it’s not.

For instance, a 2015 survey indicates that “only” 72% of Americans have read a book in the last year. Extrapolating from that means 234 million Americans read at least one book last year.

How to Find YOUR Readers

But how to reach them?

Well – what do these people do? Where do they buy their books?

A lot of people don’t like Amazon. Whether you do or don’t, there is no getting around the fact it’s where people go to buy books. And Amazon offers you the option to advertise your books on their platform.

Hey – what a great idea. No more talking to other writers in dark rooms – talk to the people who are actually looking for their next great read.

The same goes for Facebook. Love it or hate it, they have over 200 million users in the US alone. Over a billion worldwide.

Facebook allows you to advertise to those who read, in my case, Historical Fiction, and who like books by other similar writers on similar topics.

Making My Own Luck

That’s what makes me lucky. I discovered this over two years ago, and my daily sales rose from, well, quite often nothing, to between 60-120 books a day. For the last two years I’ve been selling close to 24,000 books a year. No, it doesn’t make me a bestseller, but it does plant me firmly in the mid-list of authors, and generates well above the median author income.

What NOT to Do 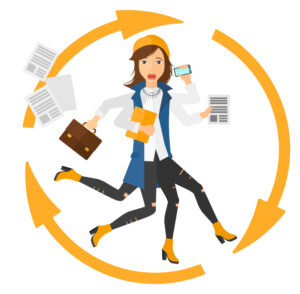 I often see writers spending huge amounts of time trying to get their name known, trying to sell books, and most of this effort is a waste.

Some of it, I admit, is fun, but it’s expensive fun.

An example of what is fun but really sells very few books are:

This last one I’m not against, but only as part of an overall marketing plan – and preferably in conjunction with a Bookbub featured deal.

The former efforts all tend to be where you end up talking to other writers.

As a writer in search of readers, you need to concentrate on what works, what promotion offers the biggest bang for your buck.

Attending a book fair might cost you several hundred (or even thousand) dollars. Think about how many readers you could touch if you spent that kind of money on advertising.

So think about how much time you spend on marketing – on all the things you try and do to make your name known and your books on people’s buy lists. Think about how much of that time is effective, and how many readers you have contacted.

Now think about how much time you spend on doing that.

And now I’ll tell you how much time, on average, I spend a day on marketing: five minutes.

Marketing isn’t hard. Making up your mind to concentrate on what is effective is much harder.

But it’s a lesson worth persevering with, because by concentrating on what works, and discarding what doesn’t, you learn a valuable lesson that will improve more than just your marketing, but your writing as well.

The sixth instalment of David Penny's Thomas Berrington Historical Mysteries set in the final ten years of Moorish Spain will be launched in December 2018..

#Indieauthors - why you need to focus your #bookmarketing activity on #readers, not #writers - a compelling case presented by @DavidPenny_ Click To Tweet

How do you put readers first? What tips and tricks do you employ?

OTHER INSIGHTFUL POSTS ABOUT BOOK MARKETING

Opinion: Indie Authors – Why the Best Marketer for your Book is YOU