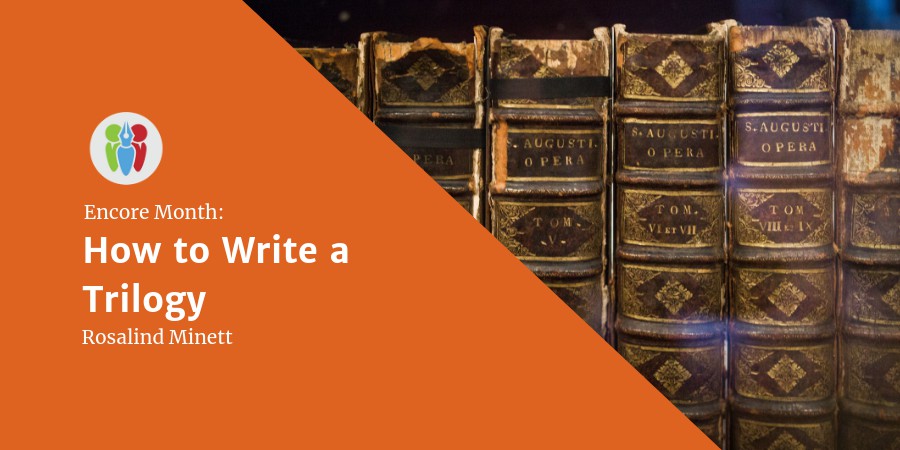 Encore Month: How to Write a Trilogy 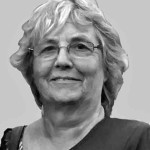 Today's encore post is all about writing a series, specifically a trilogy. Author member Rosalind Minett discusses how to write a trilogy. She also takes us through the reasons why as an indie author a trilogy really ought to be in your portfolio.

While it’s currently received wisdom that writing books in a series gives the indie author a great marketing advantage, not all series are planned as such – sometimes they evolve from story, as British novelist Rosalind Minett discovered when writing her recently completed Relative Invasion trilogy. Her explanation of how it happened offers useful insights for any writerthinking about producing a series of three of more books. 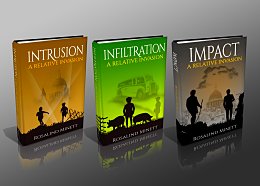 A Relative Invasion took me far longer to complete than my Ph. did. Am I now a trilogist? No, because I didn't set out to write a trilogy, and ‘trilogist' sounds very iffy, like someone who studies rare flies.

A Relative Invasion is probably the only trilogy I'll write. It was meant as a novel.

Starting Out with One Novel

I began to write the story of a good-hearted boy, Billy, who was going to need all the resilience he could muster to weather the threat of war, and the threat of his manipulative cousin. A trilogy never entered my mind. I wanted to explore how the emotions that led to WWII might play out in micro, in a South London family. This was a story about rivalry.

This is what happened:

Much advice on ALLi and elsewhere suggests that series work best for the indie writer. Is the same true of a trilogy? A trilogy suggests an entity like the three-movement sonata in music, or the triptych in art. The form must be complete, whereas the novelist has more freedom to finish where s/he likes, at any point, at any length.

What can I advise would-be trilogists as result of my labours?

I'd also suggest the following about a trilogy:

Finally, you need to be a sticker; someone with a persistent, resilient personality who does not give up what they have started. I wrote these traits into my main character, and he helped me to stay the course.

OVER TO YOU Do you want to write a trilogy? If you have written a trilogy, do you have any advice you’d like to add to Rosalind’s list? Is three a magic number for a series, or are you pursuing a different plan for your series?

OTHER HELPFUL POSTS ABOUT WRITING

Get It Written: Understanding The Seven Stages of the Writing Process: Orna Ross & Jerome Griffin