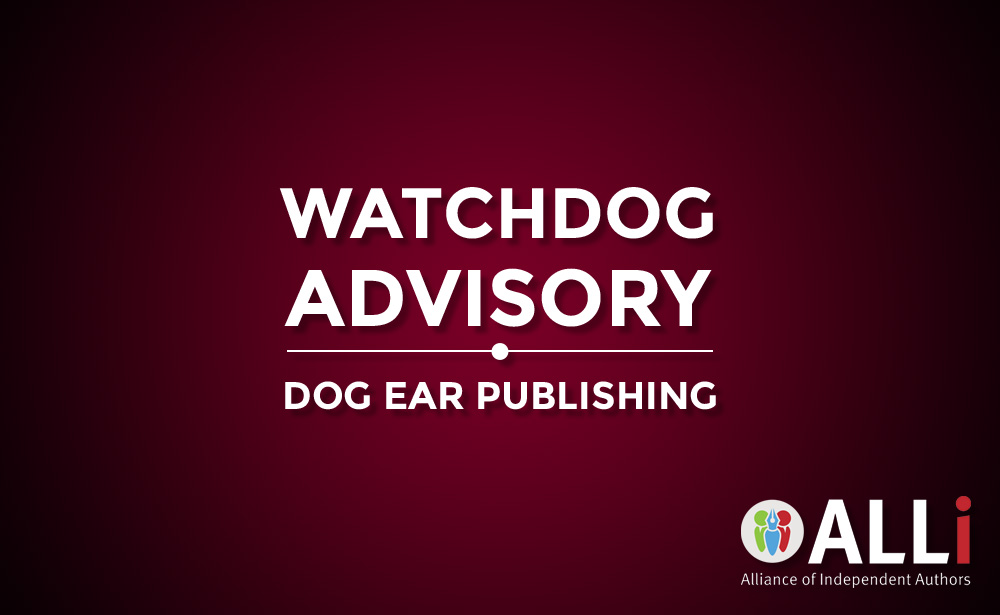 The Watchdog Desk of the Alliance of Independent Authors monitors self-publishing services, and identifies services which overcharge, over-promise, or in any way exploit authors.

The Watchdog Desk has received multiple reports of problems at Dog Ear Publishing, an Indianapolis-based self-publishing service. After careful investigation, in our opinion there is indeed cause for concern.

We have heard from several authors who allege they have been waiting months for payments on royalties due. Emails and phone calls to the company reportedly go unanswered. In at least two of these cases, the authors sent legal notices via certified mail, demanding immediate payment of overdue royalties and an accurate accounting of sales.

Although receipt of the demands was confirmed by the U.S. Post Office, Dog Ear Publishing has so far failed to respond.

I personally reached out to Dog Ear Publishing's owner, Ray Robinson, via email, phone, and finally, through the company's Facebook page. In these messages, I notified Mr. Robinson of the complaints against the company, and invited him to explain the situation and what was being done to remedy it.

On March 7th, Mr. Robinson responded via Facebook, apologizing for “missing your contact attempts”. He provided his personal email address, but no further information.

An email sent to that address on the same day is unanswered today, at time of publication, 1pm, UTC, 21st March

On March 7th, the US Better Business Bureau (BBB) posted an announcement stating that Dog Ear Publishing's accreditation has been suspended due to failure to respond to complaints.

Additionally, the BBB site now lists 29 complaints against Dog Ear Publishing, 20 of which were filed in the last 12 months.

On March 8th, Dog Ear Publishing removed all mention of BBB accreditation from its website.

However, the company continues to solicit new business and collect payment from authors.

Perhaps the most important responsibility of any publishing service is to provide timely and accurate accounting, and prompt payment of royalties.

Accordingly, we have assigned Dog Ear Publishing our most severe level of warning:  Watchdog Advisory.

Dog Ear Publishing was offered right of reply, but did not respond before publication of this article.