In this week's Self-Publishing News, ALLi News Editor Dan Holloway fills us in on the latest with self-published success at the Romance Writers of America's prestigious RITAs.

One of the weird things that has happened twice over the past week or so is being approached by documentary makers. Next week, I will be talking to an indie band touring Europe asking people about whether music is a language. And the following week I'm being filmed reading. Neither documentary has to do with the book world. But it is yet more evidence just how pervasive people's interest is in the magic we seen to create with words. 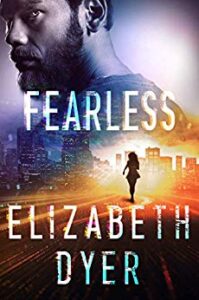 Inevitably the fight between libraries and publishers has dominated the news again this week. But time to start with some positives. The Romance Writers of America annual conference took place at the end of July. And one of the highlights is the RITAs, the US’ big romance awards. I am proud to be part of ALLi’s Opening Up to Indie Authors campaign. And my passion is more open awards, which is why I love that the RITAs are open to indies. It’s only fitting given how prominent romance writers are in the indie movement. I also love that editors get a shout out at the awards!

It is truly wonderful to see five of this year’s RITA winners are self-published. So congratulations

There was further success as Antonio Dikele Distefano, who started by self-publishing, saw Netflix snaffle series rights to his Zero books.

The beef between publishers and libraries rumbles on. The latest round started when MacMillian announced its new, very much less favourable ebook terms for libraries. The Authors’ Guild has supported the move. It cites the “well-recognized impact of library e-lending on book sales”. Though as Guy Gonzalez astutely pointed out on Twitter, when we were discussing author earnings recently the Authors Guild failed to mention this.

Now the American Library Association has weighed in. It does not take such a favourable view of the move. Instead, the ALA sees it as dangerously limiting people’s access to information.

The dispute is sure to rumble. Meanwhile, as indies we have more opportunities than ever of getting our ebooks into libraries.

Enhanced ebooks have been both “tomorrow’s thing” and “yesterday’s thing” as long as I have been writing about ebooks. But I couldn’t ignore the import of a new development, given the headline I saw. It proclaimed that Holloway is planning to rewrite publishing. Wow, I thought. Go me! It turns out the Holloway in question is a textbook startup. They are looking to offer one-off “always up to date” textbooks on a variety of subjects. The books will automatically update as the need arises. It doesn’t feel like as new a model as they – being from tech world not publishing world – claim. Nonetheless, this kind of model always provides us with thought fodder. In particular the high up-front fee which the updates justify offers the possibility of cashflow. Though I can't help but wonder whether subscription has already killed that model.

Where Now for Storytel

The New Publishing Standard this week featured a fascinating piece on audiobook subscription platform Storytel. As StreetLib has done with ebooks, Storytel has taken a market by market approach. It opens a new front in each country it enters. So far this has worked very well. But as the expansion continues, sooner or later it will need to crack markets where Audible reigns. It's reassuring in many ways that the dilemmas about Amazon we face as writers are so similar to those businesses face.

Success for self-published titles at the Romance Writers of America's RITAs & other top #selfpub news stories for #indieauthors, in one quick read, by #ALLi News Editor Dan Holloway @agnieszkasshoes #digitaleconomy… Click To Tweet

What prizes do you wish were open to self-published writers that are still closed? Let us know in the comments below.