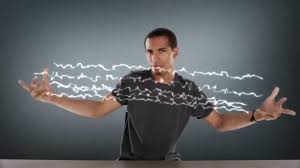 Opinion: It’s not Creative or Commercial, It’s Both 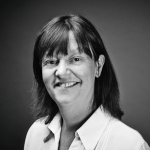 For maximum impact, suggests ALLi Director, Orna Ross, indie authors should marry the creative and the commercial. And she reveals what she sees as the creative key to commercial success.

There are two recurring questions we get asked at ALLi over and again.

Sometimes what an author is really saying here is: This self-publishing lark… it's just too hard.

We understand. It’s no small thing that indie authors set out to do. First we have to write a good book. A huge achievement.

Then we have to publish it well. Another huge achievement that calls on lots of skill sets, including the ability to assess our book and help it to reach its readers.

The conventional wisdom is that writing is a creative pursuit and in order to publish well, you have to take off your creative hat. Writing is an art, publishing a business. And you'll do best if you keep those two separate.

Looking at ALLi members, I'm not sure that's right.

Yes, there are some indie authors who are achieving astounding commercial success through a punishing work schedule, as relentless as that demanded by the most uncaring, corporate publisher. As one author put it to me once, “Since starting my own business, I'm working for the hardest boss I ever had.”

She was proud, and her achievement was hugely impressive. But at what cost? And would she be able to maintain it?

Many other members have successful business models that bring creativity into their publishing and allow commercial realities to guide some of their writing decisions. Their models look more sustainable and a lot more fun.

I'm not talking about writing to market or trying to second-guess what the reader wants and of course, sometimes what needs to be written must be written, regardless. Creative compulsions trump all.

But that sort of imperative is rare. What happens more often is a lovely exchange between commercial and creative, that guides the writer.

I'm thinking of the member who decided to break his large magnus opus down into seven short books, because it made commercial sense.  For a little extra work, he was able to charge $34.93  (7 x $4.99) instead of the $9.99 he'd originally envisaged for one book.

More importantly, in doing it that way, he built a tribe of fans who were eagerly awaiting each book as he released it.

And, most interestingly of all, though his original motive was commercial, he found the act of breaking down the story in this way vastly improved the writing. He had to layer the story with more foreshadowing, hooks and cliffhangers.

“I'm a much better storyteller than I would have been had I published the way I originally intended,” he says. His commercial intention had a significant creative payoff.

In the other direction, I'm thinking of an author who had spent a year promoting a book to so-so sales when she read a blog post about innovative book promotion. She decided to ditch the commercial must-dos and instead turn her non-fiction, true-life-story-cum-how-to, into an illustrated comic book — just for the fun of it.

She turned to Kickstarter, the crowd-sourcing website where entrepreneurs and artists ask for public support, and raised more than $22,000 ($10,000 more than she expected) to pay a graphic artist and distribute the book through unusual outlets.  She attributes her commercial success to the creative fun she had with the new format and the fun prizes she had for supporters, which included cameo parts in her book, costume giveaways and a character-dress party.

Her ideas for this project keep on coming, as she is now designing and producing merchandise and more books with her illustrator. They are selling very well and receiving offers from rights buyers, none of which they've yet accepted.

Her creative intention had a significant commercial payoff. “I made far more money when I stopped trying to,” she says.

For both these authors, and a great many more, commercial and creative imperatives are completely intertwined. But they all have one key thing in common and they share this with our super-hardworking authors.

When asking themselves those two questions we asked up top — about finding time to write, about attracting more readers — they are not speaking rhetorically. They're not sounding off, or wasting creative energy, wishing it was all easier. They're not waiting for some publishing prince to come along and sweep their cinderella book off to a fame-and-fortune filled happy ever after, without them having to do the literary or emotional work of figuring out how to find the time, how to reach the readers.

They're not asking the questions with their lips while internally telling themselves: “I don't have time to write” or “I don't want to have to sell” or “My genre isn't popular” or… [insert excuse here].

They're actively engaged in answering the questions.

And that's the creative key to commercial success: to ask ourselves the right questions in an open way, to find and follow our own best answers. To explore and experiment, trying and failing, but trying again and again, until it comes right.

So over to you: