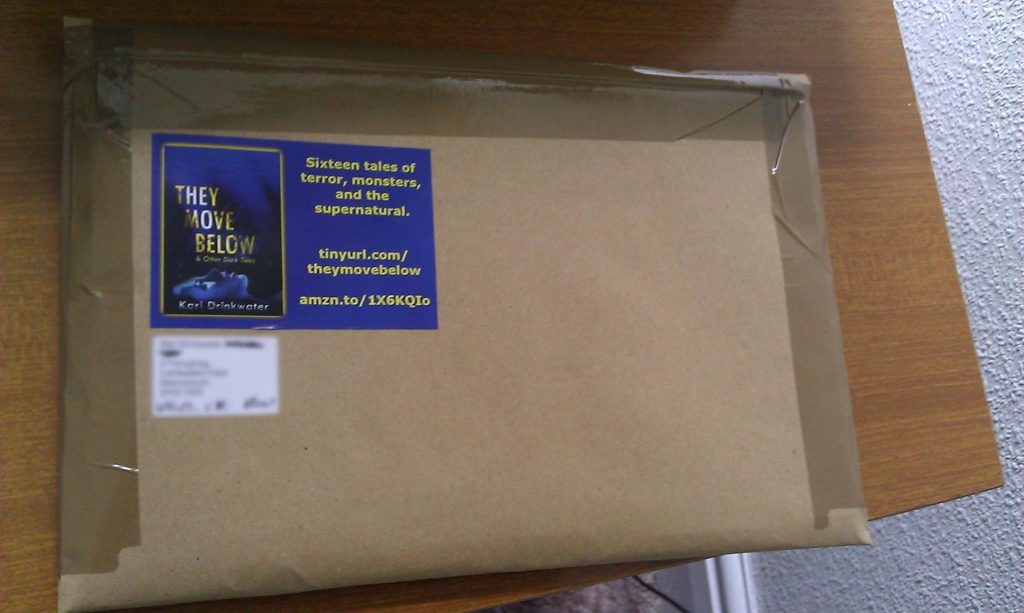 Over on our private ALLi members' forum (one of many great reasons to join ALLi!) there never seems to be a shortage of unusual but effective book promotion ideas. Some are cleverly engineered on purpose, others are stumbled across by chance. How they evolve is less important than the fact that THEY WORK! They're often low-budget too. Here's the latest harvest of neat ideas from ALLi author members around the world.

The Teasing Effect of the Drip-Feed

I've been particularly struck over the last few weeks by Australian author Jessica Bell‘s campaign to promote her new memoir, Dear Reflection, which takes place partly in her native Australia and partly in Greece, where she now lives and works. She's run a drip-feed of photos on her Facebook page with teaser quotes about different key moments in her life. Each is different and eye-catching, so there's never a feeling of repetition or nagging – just a gradual build-up of interest in the run-up to her memoir's launch on 1st May. Here's a sample photo with the caption that ran with it on Facebook. 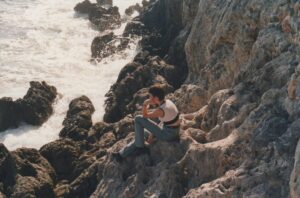 1995: Age 14. Sitting at the bottom edge of the Monemvasia castle in Southern Peloponnese. This turned out to be one of my most favourite places to sit in all of Greece. Whenever I head down to Monemvasia as an adult, I still take the time to go and sit there for a while, to contemplate … everything. It’s also the place where I wrote my first ever poem. Unfortunately, I lost the notebook it was in. 🙁

The Magnetism of Car Doors

From London, book designer Rachel Lawston threw car door magnets into the mix, saying “I was once asked to design one of my indie authors to promote their new book and website.” Australian author Ryn Shell agrees: “I used car door magnets for decades. I found them effective. When the real estate agent could not sell our last house after three months, I bought car door magnets, flyers and business cards advertising it and had my home sold as a result in 24 hours.”

These are the things that minicab drivers slap on their cars when they're on duty and remove easily when they're not working, and they're surprisingly cheap. A few years ago, when I had some made to promote our village fun run, they cost about £8 each from Vistaprint. (Other suppliers are available.) Even better if, as we did, you can persuade local taxi and school bus service to “wear” the magnets for a while to help you spread the word! This would be particularly good for a book with a local setting – or one which features a lot of taxis or buses! 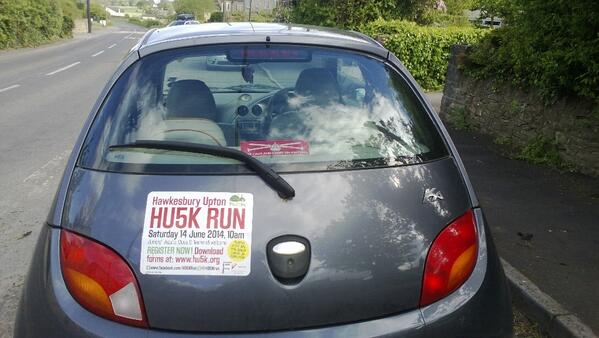 Car magnets will fit even the smallest car – and are great if you spend a lot of time in bumper-to-bumper traffic!

While it takes a bit of courage to drive round with your book cover on your car door, a similar trick potentially just as far-reaching comes from Welsh author Karl Drinkwater: “Put stickers on everything, promoting your books. Particularly on parcels. They may get seen by various people. One of those people – perhaps a man called Fred Willikers – could see the sticker and buy the book and become a lifelong fan. So stick them on everything, really. Not the cat though. She doth protest.” 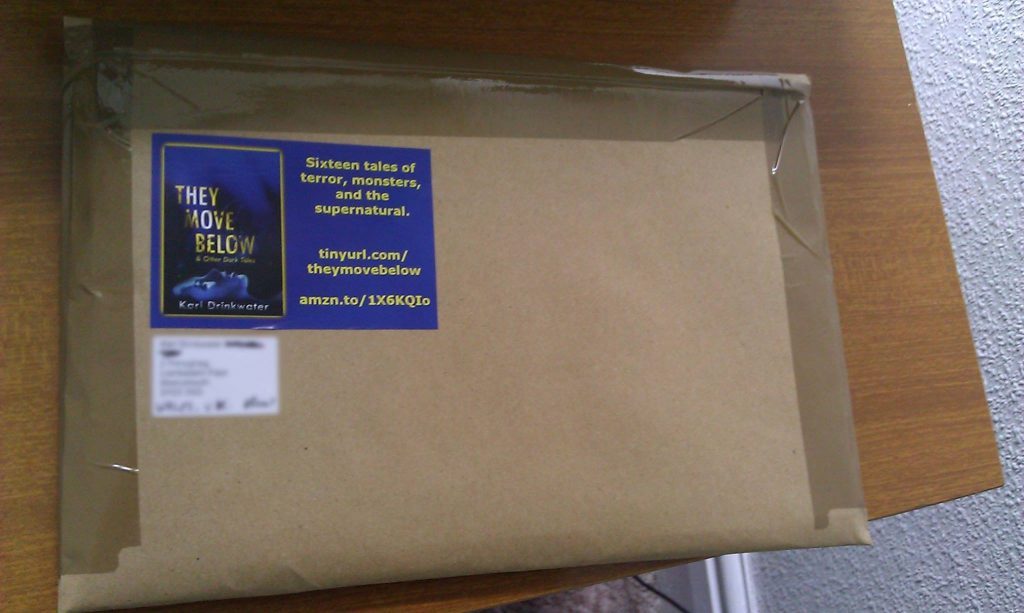 English author Julie Day uses her promotional postcards in a creative manner, such as the following: “When I get round to sending used postage stamps to a charity, I might put in one my postcards as a compliment slip.”

The Pulling Power of the Corpse

No, we're not advocating the use of a real corpse as a marketing prop – though I did once get a blog post out of  my husband discovering a dead body in a van parked next to our camper. (You can read it here in Murder, I Wrote – Or What Not to Discover on your Holiday). But that's not an experience I'd recommend. Instead, take a leaf out Scottish thriller writer Wendy Jones‘s book. She says she's made a habit out of posting on social media whenever she's in a setting where finding a dead body wouldn't be a surprise. “It's now become a bit of a theme and part of my author persona‘, reports Wendy, a seasoned opportunist in marketing terms. Here's the photo and caption that triggered it all:

The view from my room in Birmingham. Now isn't that a view begging for a dead body to be dumped there? #crimewriter

OVER TO YOU Have you got weird, wacky or wise book promotion tips to share? We'd love to hear about them!

SOME PREVIOUS POSTS ON THE SAME THEME

Book Marketing Shots in the Dark: Outside-the-Box Ways to Sell Your Self-published Books