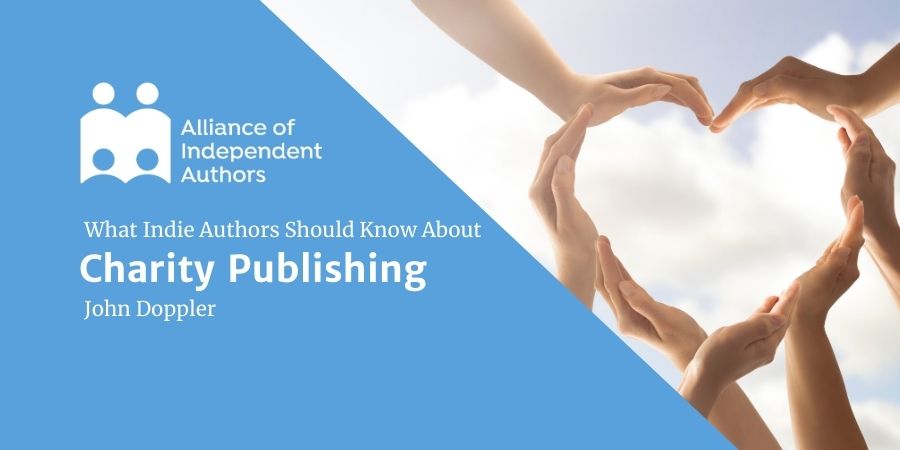 Donating to charity is a noble goal, and publishing projects can be a great way to raise money for a good cause. However, many an author has taken part in a collaboration that fell apart, or proved to be a nightmare for the participants. Others have been exploited by a charitable project whose beneficiary turned out to be the organizer.

Mixing charity and publishing is fraught with risks and responsibilities, and good intentions can lead down very dark paths. Here's what you should be aware of when taking part in a charity anthology, box set, or other publishing venture.

1. Don't join a charity project in the hopes of significantly increasing your exposure or your income.

If you're struggling to make a living as an author, diverting your resources and revenue to charity is unlikely to advance your career.

When a publisher asks you to contribute your work, or a portion of your revenue, or all of that revenue, understand that you are sacrificing that income. This is often framed as a win-win proposition, but it really is taking the author's earnings and giving them to the charity. If the warm glow you get from donating to charity is all the reward you seek, that's great! But if you're looking for the author's “win” in that win-win equation, know that it's unlikely to be a tangible benefit.

Working for exposure is giving away your services for free. Hard stop.

2. Remember that publishing is a business.

It takes money to run a publishing house, to pay the staff, to market books. That can be challenging for small publishers even in a purely for-profit business model.

Is your publisher earning enough from conventional sales to sustain the business, and earning sufficient profit to donate some to charity? If not, they're building a house of cards that may collapse at the slightest puff of an ill wind. And it's invariably the authors who come out worse in that collapse.

3. Charity is not an excuse for bad practices.

Vanity presses and noviced small publishers may use charitable projects as a shield to deflect criticism. “Well, this is for charity,” the publisher may say, “so profit isn't the primary focus.” Or they may respond to questions about royalties or terms defensively, citing “all the good” the publisher does.

These are evasions that should raise red flags for any author. A publisher has many responsibilities to authors, booksellers, and readers. Charitable goals do not excuse the publisher from those responsibilities, they add to them.

4. Understand that running a charitable business is not easy.

The complexities of a nonprofit venture can be huge. It's demanding, it adds layer upon layer of burdens and complications to the already challenging task of publishing, and it's absolutely not for amateurs.

Look for experienced publishers who also have experience with charity projects, preferably as both an organizer and a participant. And watch out for overworked entrepreneurs who appear to have too many irons in the fire. These are often well-meaning individuals who have trouble saying “no” to projects, and overload may drive them to exhaustion and failure.

Don't be afraid to ask for hard numbers. As a participant, it's your right to know what percentage of the revenue is going to overhead, to the organizer, to the charity, and to the authors. Are those numbers after expenses? Which expenses? What rights are you surrendering, and what happens to the profits from those rights? What happens to your work if the project fails to reach completion?

Apply the same considerations — and scrutiny — to the agreement as you would any publishing contract. And if the answer to a contract question is, “We don't use contracts,” thank them loudly so they can hear you as you run away at top speed.

The benefits should be commensurate with the risk. If you're contributing flash fiction, or perhaps an older work that's been languishing on your backlist, your investment may be small. But if you're being asked to contribute something more substantial, consider just how many hours of your time went into creating that work, and whether you're comfortable entrusting that to the project organizer.

7. Consider whether you may accomplish more for charity on your own.

If you want to donate to a cause, there is nothing preventing you from donating whatever share of your profits you wish. You control the amount, the terms, the recipients, and the marketing, without obligations or deadlines.

Depending on your work style, this may be a more effective and more satisfying way of contributing to charity than depending on others. There is, however, great satisfaction in working with others to multiply the benefit, so consider both approaches.

Have you taken part in a charity publication? How did it turn out? Let us know in the comments below!