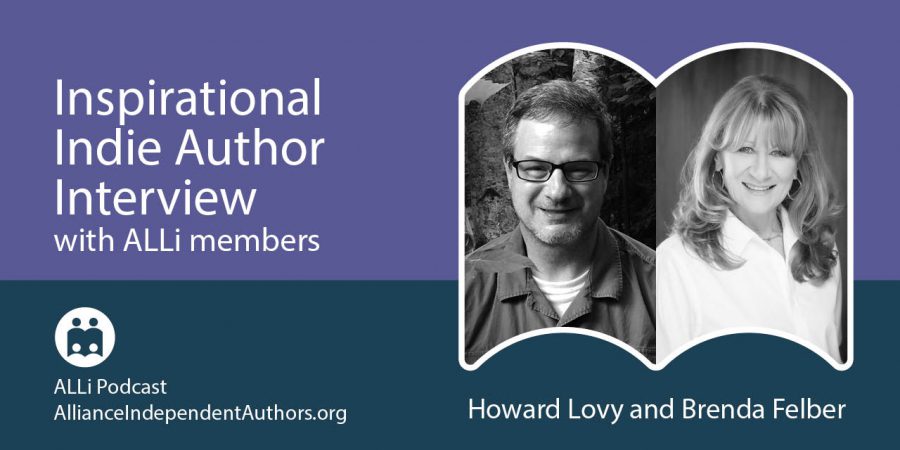 My guest this week is Brenda Felber, an American author who just can’t seem to sit still. In fact, she’s making a career of not sitting still, visiting all 50 states to write middle-grade, paranormal fiction about each one. She originally did it to teach her grandchildren about their country, but along the way, other kids began to enjoy taking these journeys with her. 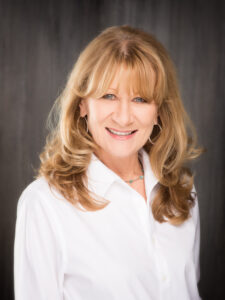 On Her Main Character’s Paranormal Ability

She can take the energy left behind, like the Einstein theory that there’s always pieces of energy being left behind to go somewhere—her ability is to pull those together and she can see, communicate with, talk with figures from the past.

On Writing for Middle Grade

I don’t get into too much slang or too much technology. I don’t want to date the stories too quickly. But I knew I didn’t want to write young adult, I wanted it for the age group when they’re stepping out of chapter books.

Listen to My Interview with Brenda Felber

On Inspirational Indie Authors, @howard_lovy interviews indie author @Brenda_Felber, who is visiting all 50 states to write middle-grade, paranormal fiction about each one. Click To Tweet

Howard Lovy: I’m Howard Lovy, and you’re listening to Inspirational Indie Authors. Every week I feature a member of the Alliance of Independent Authors to find out what inspires them, and how they are an inspiration to other authors. My guest this week is Brenda Felber, an American author who just can’t seem to sit still. In fact, she’s making a career out of, not sitting still visiting all 50 states to write middle-grade paranormal fiction about each one. She originally did it to teach her grandchildren about their country. But along the way, other kids begin to enjoy taking these journeys with her.

Brenda Felber: I’m Brenda Felber. I’m an independently published author living in Wisconsin. I started this journey when I, actually when I came up here about 10 years ago, my parents were ill, and I came to do the some caregivers and ended up entering semi-retirement and decided to pursue something that I had thought about for a few years, which was traveling with my grandchildren. And in that process, I realized while they’re aging out, they don’t want to travel with Grandma anymore. So, the places I’ve wanted to show them, I’m doing it via my books. That’s how it started. And it’s become such a wonderful journey for me. I just, I love it. And my grandchildren do get to travel with me on some of the research trips and I have some younger ones now, so hopefully, I can expose them to some of the wonderful places in the United States.

Howard Lovy: Brenda didn’t start out as a writer. She worked various jobs while raising her two children with her husband. And then alone …

Brenda Felber: The door to writing fell away to having children and whatnot and then I was widowed when my kids were 12 and 14, he ended up with adrenal gland cancer. We were in Denver at a soccer tournament he ended up having lung collapse and he actually went to the Mayo Clinic in Rochester and I schlepped the kids home with our camper, which we loved camping anyway, and it was a quick about six months. I tried going back to work full time but that was difficult with the kids but we, we made our way through all right and then with my parents becoming ill I came back up here and needed something to do I know I’m never going to just be someone to sit still for too long so.

Howard Lovy: This inability of Brenda to sit still led to her travels, but it wasn’t until she was a grandmother that Brenda decided that she needed to share her travels with her grandkids and then to kids everywhere.

Brenda Felber: There was one area of Kentucky. It’s called Land Between the Lakes that we camped on, a number of times and it has such an interesting story. During the Kennedy era, the dam, there was a lot of flooding in the area and damage that way so they decided to dam up the two rivers that came together and created this Land Between the Lakes between Lake Barkley and Kentucky Lake and they took off —moved all the people off of it and when we go there camping, you can find this over 200 little family cemeteries left in the woods, they have maps of you can go find it, but they just literally moved houses and villages off of that land. And I thought what a story and that became the genesis for the first book. I never did get to take my grandchildren there. So, I wrote that to kind of expose that, expose them to that story.

Howard Lovy: There she was off to the races, learning new things about history.

Brenda Felber: The research I do, I’ve had to curtail because it’s just so interesting. And there’s so much available information about locations so once I have to pinpoint a location say, for instance, the Alamo. One interesting thing I found out was that the Mexicans in town had always still used that chapel to worship in and then when the battle was over, the bodies were lying scattered. They were the first ones who came in and sort of stopped the souvenir seekers coming in and picking up shell casings and you know pieces of wood and “here’s where so and so died,” and they were became like kind of the guardians of learning that fact about it. That story evolved with a family that through their history they had the last man was the still a family. He was a guard at the Alamo, it was just such an interesting little factoid about it. And that sort of thing those surprise

And like in the latest one actually in your state in Michigan, it came together to involve a shipwreck, I was astounded at the number of shipwrecks in the Great Lakes, hundreds of them and that’s something I incorporated. So, there’s so many delightful little surprises like that for me. So, it’s always a learning experience. I can’t go in with any preconceptions of what I’m going to write. 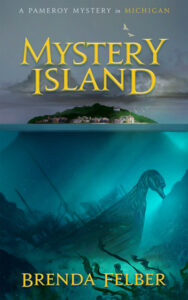 My protagonist is a 12-year-old and she will remain a 12-year old for as long I keep writing these. She’s traveling with her great aunt who she nicknamed Grauntie, which a friend of mine had done that. So that removes from the grandmother traveling with grandmother or parents or whatever so it makes a good foil for Lillia. But Lillia has some paranormal ability. She can take the energy left behind, like the Einstein theory that there’s always pieces of energy being left behind to go somewhere—her ability is to pull those together and she can see, communicate with, talk with figures from the past. And sometimes they’re notable figures that people would know in history, and sometimes it’s just a relative of someone whose mystery she’s trying to solve. And so that allows me to bring the history and so it’s quite a bit of historical information in each book. And then there’s a bit of paranormal and I thought that would be one of the most appealing ways to present this travel log to the to the children and on my website, I do a lot of the inspirations for my story, and I try to list most of the places that are real because I represent the area realistically so you can go and see you know like the Black Hills, obviously there’s a lot of tourist sites that you can go to and in. So I hope that they’re bringing that idea that they might travel there someday.

Howard Lovy: Now, Brenda goes through a lot of history and story, but it’s all geared toward a middle-grade readership, which is not only hard to write far but a little hard to define. In fact, what do we really mean when we say middle grade?

Brenda Felber: That’s an excellent question. Obviously, I don’t get into too much slang or too much technology. I don’t want to date the stories too quickly. But I knew I didn’t want to write young adult, I wanted it for the age group when they’re stepping out of chapter books. Now I am finding actually that there are also kids who I think might be reading young adult because you know, we kind of throw out those age we have to put ourselves somewhere kind of things. And they’re reading the stories and enjoying them too. So maybe the young adult to me has gotten kind of edgy quickly and there seems like anything I read or research is they’re reading younger, you know, 12-year-olds are reading young adult now. And as far as how low I mean the reading level, I have seven and eight-year-olds who love the book. So, you know, reading level is a big thing too. Obviously, it’s there, you can do the different scoring against it, the length of the chapters, that Lillia is 12 years old, is someone they can relate to. And she’s a little older, she’ll be just a little wiser than them maybe.

Howard Lovy: She’s covered 10 states so far and is planning on traveling to Mark Twain territory next, in Hannibal, Missouri. But no matter where she goes or what state Brenda writes about, the secret to middle great success is to stay real, yourself. That will encourage the kids to participate and want to travel with you. If only in books.

Brenda Felber: A Facebook consultant’s been calling and he’s the one who advocated more for to put pictures of myself like researching the book up I tended to keep a layer between and people like that and I get calls or emails, you know, people suggesting places they’d love to see it or if I speak to schools, the kids are so excited if they’ve traveled somewhere to share that they’ve been there, and I’ve used children’s names in the book. Kids like that connection that they could travel to that place or see it in there. This is why I would like to get audiobooks going for when they’re doing a road trip. If they’re going to Michigan or going to Mackinac Island, to listen to the story along the way in, when they get there, find the places that were in the story. It’s, I think it’s that level of real in there that they can relate to.

Howard Lovy has been a journalist for more than 30 years, and now amplifies the voices of independent author-publishers and works with authors as a developmental editor. Howard is also a freelance writer specializing in Jewish issues whose work appears regularly in Publishers Weekly, the Jewish Daily Forward, and Longreads.