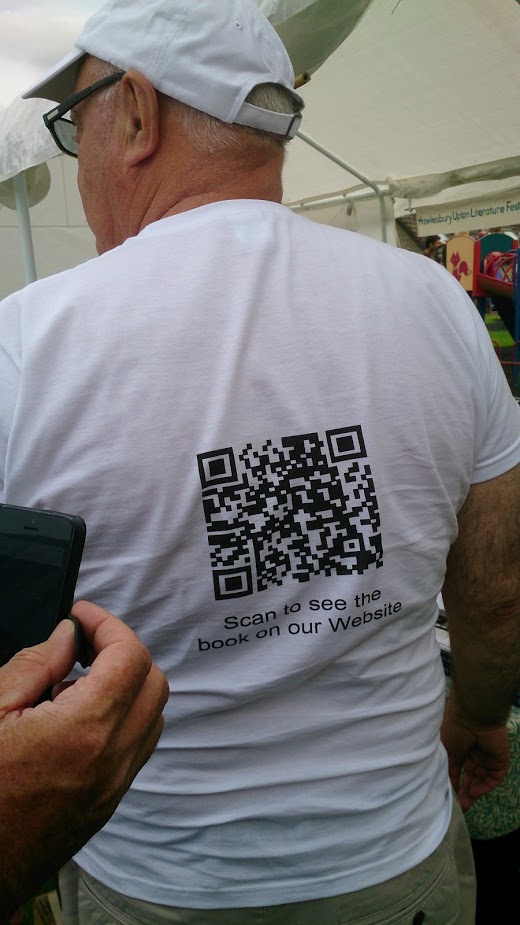 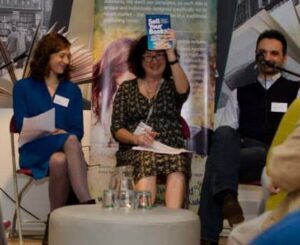 While a lot of book marketing is common sense, now and again indie authors report amazing successes with off-the-wall, not-in-the-textbook tactics. When ALLi authors Christine Nolfi (in the US) and Belinda Polland (in Australia) started a thread on this topic on our Facebook forum the other day, plenty of authors chimed in from throughout our global community to share their own examples. We loved their ideas so much that we're turning them into the first of an occasional series of posts highlighting wacky ways to sell your self-published books.

I'd like to kick it off with my action shots of British author John Lynch at the Hawkesbury Upton Literature Festival's pop-up stall at our village show last August. He turned up wearing a hat and t-shirt that not only had one of his book covers on the front, when he turned round the QR code was on the back. 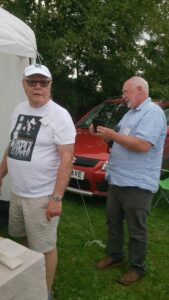 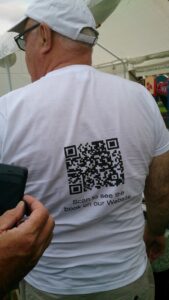 …and here's what fellow ALLi David Penny was photographing on John's back. Brilliant!

Now let's hear from other authors …. 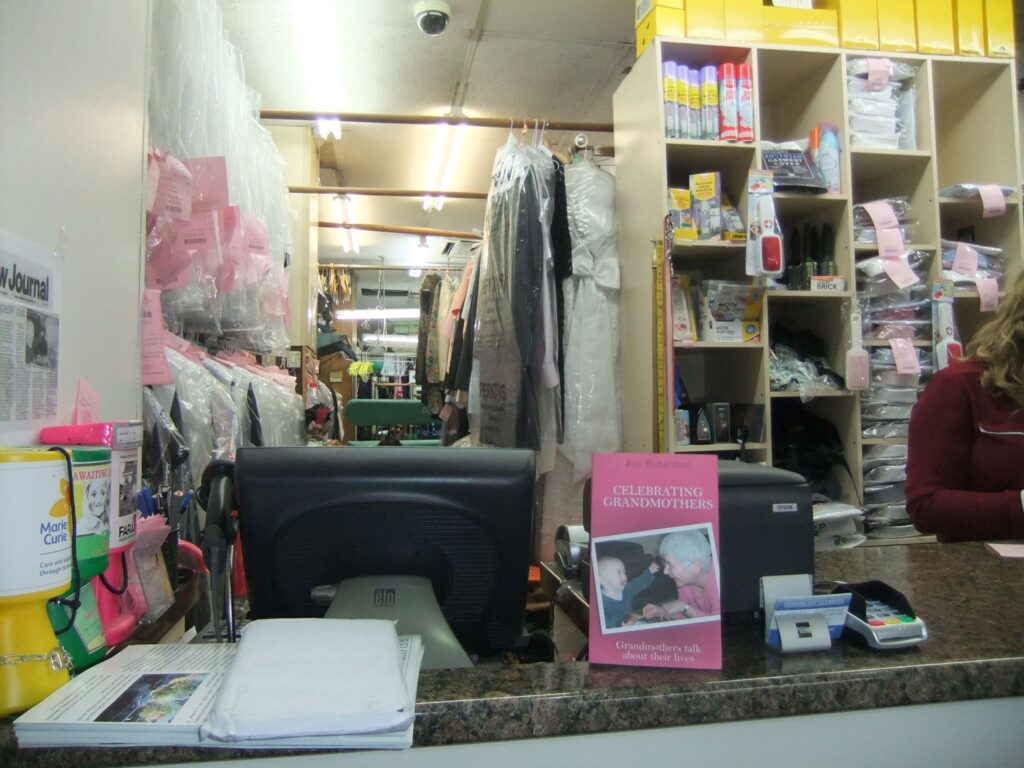 Ann Richardson recently wrote a guest post about how she's selling her books via a local delicatessen – now she's cleaning up at a dry cleaners, at the request of the store's manager, who sold 8 copies in the first two months! 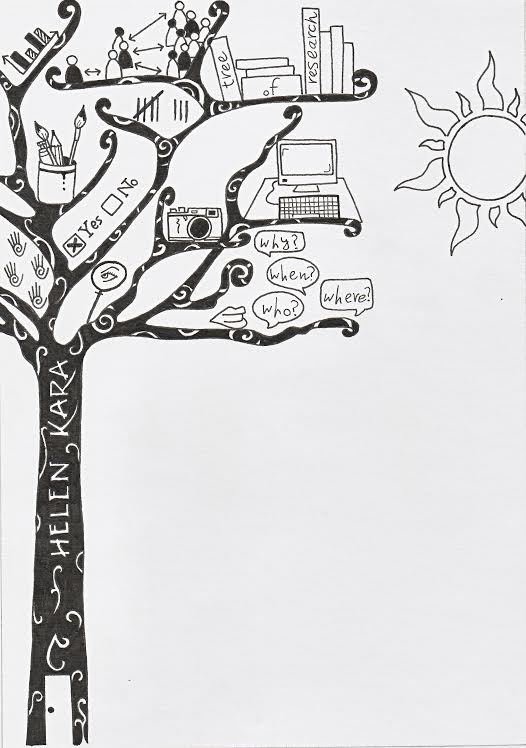 The artwork for Helen Kara's beautiful bookplate is by Carol Burns (https://www.facebook.com/ArtIsByCarolBurns/

ALLi Director Orna Ross rounds off this topic for now with another takeaway:

“The more fun you're having with marketing, and the more it connects to your book/reasons for writing, the more sustainable it is, long term.”

OVER TO YOU What fun marketing tricks have worked for you? We'd love to hear them!