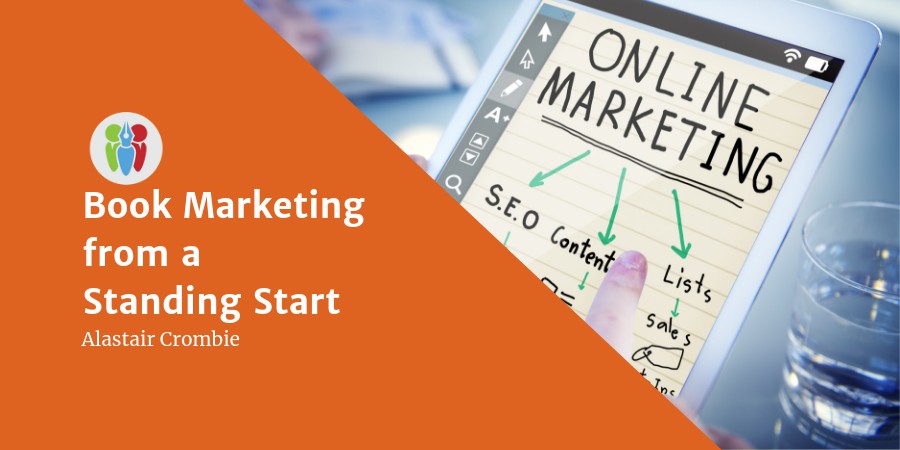 Book Marketing from a Standing Start as an Indie Author

The longer you're in an industry, the more knowledge and information you build.  It's hard to remember those early days of no readers and single-sale days. But there's a huge number of debut authors publishing every day. ALLi experience shows that it can take up to seven years for an indie author to earn a living from their books. Author member Alastair Crombie has just launched his first book and explains what book marketing from a standing start is like in the current market. 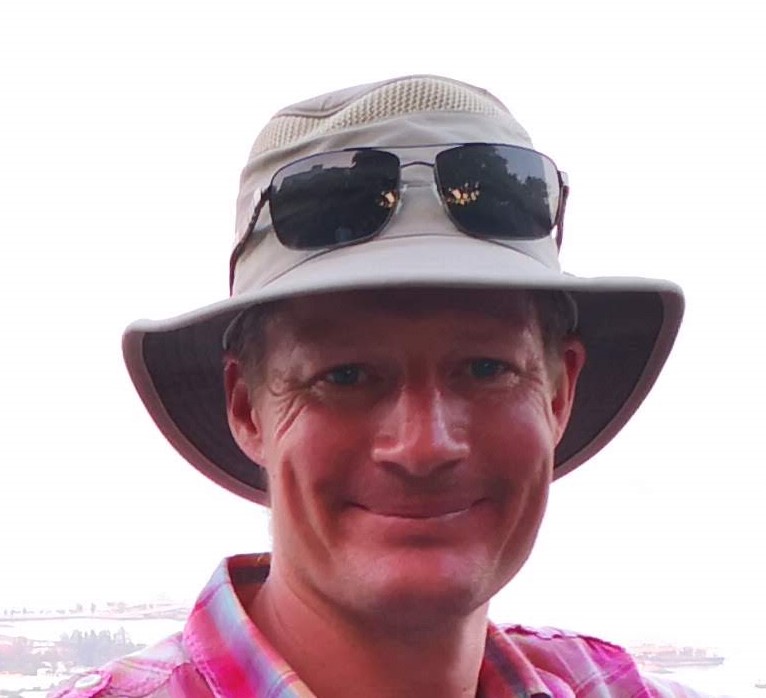 Book Marketing From a Standing Start – The Beginning

“I'm an author.” It's taken me a long time to work towards saying that sentence. I know most authors will recognize the feeling.

Over the five years I've been actively writing my debut, I've followed courses on writing, editing, publishing and marketing. I've had professional (and unfortunately not so professional but still eye wateringly expensive) edits and I've made most of the mistakes it's possible to make and a few that take a special kind of moron.

In April 2019, I felt my book was where I wanted it to be. Could it be better? Probably. But I was also at a point where if I didn’t publish soon, I might not publish at all. So, I decided I was ready. First mistake? Maybe, but not one I regret and I've learnt an incredible amount by just publishing my first book.

There are a dozen different gurus out there who do it much better than I. But I will say, if you’re looking for a starting point, try David Gaughran, Joanna Penn or Harry Bingham (or even better, try all three). But I'd done everything that was expected of me prior to launch.

Having done what I could, I launched.

Twenty-seventh of April 2019, a red-letter day of dimensions. Yet my overwhelming feeling of that day will always be … underwhelming. My plan was to get on Amazon and then target readers using a number of promo sites for a four-day free book period. So that's what I did.

I was thrown a bit (in a good way) by getting a glowing five-star review by someone, who I swear was not my mother, within a few hours of launch! I don’t know what all the fuss is about, I thought. This indie lark is easy. My mum, like all my friends and family didn’t know I had published. I was listening when David Gaughran talked about the importance of family – with varied genre tastes – not polluting my also-boughts.

I went to bed reasonably happy. Sure, only one person had bought my book, but I hadn’t told a soul it was out and someone had still found it and thought it was pretty good. Amazon works. I was expecting to wake-up to a fat email list and sales galore. Obviously not. The next morning I cleared the tumbleweed from my sales numbers. Never mind I told myself, my promo plan has been tried and tested by thousands of authors before me. I had it set up for the next week, be patient and all will be well.

I have no numbers to compare my results too, so I really only have my feelings to go off and my feeling is that the 2,500 downloads for my free four-day period isn’t a great number. It certainly didn’t convert to anything I can use. My readers club is at a hugely embarrassing thirty-eight people. Amazon reviews are like leprechauns, incredibly rare and equally fickle. And since launch six-weeks ago, sales have not yet hit enough for a celebratory bottle of, well, anything.

I set about an accidental investigation. There were two obvious possibilities: all those marketing gurus are wrong or I can’t write and should seek other employment opportunities. The second half of that answer first. Do I suck? I think I have enough talent to make a living from this, I need to hone my craft and learn, learn, learn. I’m under no illusions of being great but I don’t think I actually suck.

Over the past few years the self-publishing marketplace has moved with race-track speeds. What was valid only three years ago is not equally so now. Especially for those new to the market. It is at this point the standard advice begins to crack. Launch is one thing if you have thousands, or even hundreds on your email list, if you have any kind of back-catalogue. You can follow the indie-author playbook and expect a certain level of sales.

But the standard plan of action doesn’t work for a newbie. An email list is a powerful tool, if you have one. Before launch mine was in single figures, and they were all family. I had a Facebook presence with fifty friends. No Twitter, or any other social media. That’s not exactly the Cape Canaveral of launch platforms. Starting cold is hard.

Why didn’t I do something about it? Go blog crazy, tweet like a canary, get friendly on Facebook? All of them valid points. They would require a long time frame, years rather than months to build a solid, reliable base. There are literally tens of thousands of author blogs out there. Twitter followers are notoriously bad conversions and Facebook, well…

My mistakes up to this point are myriad but a lot of them have meant little in the grand scheme of things. There are a number of details I could have changed or improved but they would have had little effect on my results.  Put simply there are a few basics principles without which all else is noise.

The Basics For Book Marketing From a Standing Start

I hadn't answered this question sufficiently. My definition of success was simple: to make a living as an indie author. Not an unreasonable goal I thought, and from all I've read, perfectly possible. But I didn't give myself a timeframe. While I didn’t expect to be rolling in Amazonian dollars immediately, I did think I would be able to extrapolate my debut to indicate if my goal was possible.

Hindsight is brutal but educational. Hope of immediate success from my debut that would give me the freedom to say ‘I’m a self-sustaining indie author’ was possibly naive. An expectation that six weeks, would be enough time for me to make such claims more so.

I realize now they were fuzzy. I didn’t really have expectations because I didn’t know what to expect.

I think there is a simple reason for that: There isn’t much written about expectations. Most of the experienced authors writing about indie marketing know that realistic sales numbers are not inspiring for newbies (and if I’m being cynical, will therefore sell less of their services). I think also it’s because they don’t know what realistic expectations are either, because of the speed with which things change.

I honestly thought I did. But in the age of Amazon and the niche, knowing the top authors and their series is not enough. Are you a crime writer or are you a mystery, thriller, suspense -> crime fiction -> serial killers writer? Knowing the difference is what splits success from failure.

Mine was a thirty-something woman who reads YA, cares more about character but still wants action and likes a touch of romance. I thought that definition was good enough. It’s not, if you don’t know the name of your ideal reader’s pets you’re not there yet. And the reason for this is fundamental to all things indie.

It doesn’t matter how well researched your keywords and categories are. Your degree in Amazon ads is useless if you don’t have rock solid answers to the basic questions. If you can’t help Amazon find that first 200 sales, it will not help you with the next 200,000.

Why? The one-paragraph version is to do with granularity. Amazon awards authors who are niche driven. If you can help identify the exact type of reader who will buy your book and show Amazon you've done this, then it will put your book in front of every single similar reader on Amazon. If you can’t, it won’t. That's the essence of what sells books.

Unfortunately, I've not found any other methods that work reliably for newbies. I’m not sure there are any. The cold truth of the matter is that instant success belongs in the fiction we write and not in the facts we live.

Which leaves me where I started. Hard work and grind are the only things that offer reliable results.

I am genuinely considering starting again. Leaving, at least for now, the series that has been in my head for almost twenty years and going at something new. Applying all my hard won knowledge to try and avoid the holes I fell in this time. It’s a daunting thought, but if I wish to make a living as an indie, I think it’s the path I must take.

And the final lesson I learnt: living with disappointment. I know most authors recognize the feeling.

What were or are your experiences when you started marketing as new indie author? Did you find particular tactics worked better than others? How long did it take you to build your list, for example?

Opinion: Follow Your Dreams – or The Triumph of Perseverance over Pessimism

Alastair Crombie self-published his first novel in April 2019.
He spent almost twenty years as a naval architect, building and fixing things that float. Lucky enough to travel to shipyards both here and there, making sure boats floated the right way up. He has spent the past couple of years at home scribbling away, with the lofty goal of trying to make a living from writing. He lives in Norway with his wife, two kids and two cats.