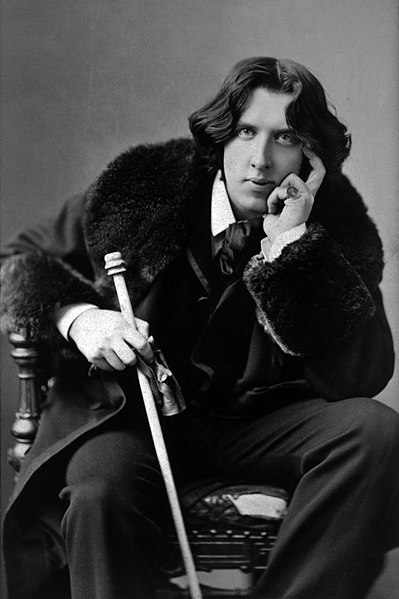 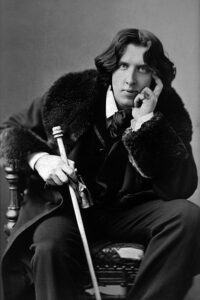 “Comparison is odious,” said Oscar Wilde – but what about literary comparisons in the form of book prizes? (Image: public domain)

In this extract from the ALLi Campaign Guidebook, Open Up to Indie Authors, we discuss the marketing value and significance of winning book awards and writing prizes, and the opportunities and constraints for indie authors in this part of the broader publishing landscape.

But there is still an important place for book awards in the marketing plan of any author, whether published by a large publishing house that can afford the often high entry fees for the big prizes, or self-published with much less marketing budget to play with.

Winning a major book award is a clear indicator to the book-buying public of a book's worth, at least as perceived by the judges of that prize. The power of a prize-winner's – even a short-listed runner-up's – sticker on a book cover has power to boost sales, whether or not the books bought because of it are actually read and enjoyed by the general public, or left gathering dust on the coffee table to impress visitors.

Benefits for the Winner (Authors and Publishers)

The top literary prizes are very high profile, making news headlines many times over each time they are awarded. Announcements of long-lists, shortlists, winners and the aftermath all provide valuable publicity for those authors lucky enough to be involved.

Many other benefits may be gained beyond the winner's often substantial cash prize ($10K for the Pulitzer, £50K for the Man Booker, and a staggering Swedish Kroner 8 million for the Nobel Prize for Literature).

The winner may expect to accrue increased sales in the home market, new or extended contracts from overseas, sales of translation rights, higher advances for future commissions, and greater visibility for their backlist.

A Place for Even Some Not-so-Good Awards?

One might even go as far to include ironic awards, such as the highly-regarded Literary Review‘s infamous Bad Sex in Fiction Awards, given to the most excruciating passage describing explicit sex. Even this kind of award an help an author to sell more books and raise their profile.

Any awards with any degree of marketing clout for any book may be covetable for an author.

With such massive prizes – and potential profits for publishers – it is no surprise that the top awards sometimes seem to be little short of a battleground for competing publisher armies. To say that the big trade publishers – and their authors – are keen to enter is an understatement.

Some writers even demand that their publisher include in their contract an agreement to enter their books for major prizes, at the publisher's expense.

Considering that the current terms for entry to the Man Booker Prize include a commitment from each entrant's publisher to contribute up to £10K towards the scheme's publicity costs, this is no small undertaking.

There are also other demands that would be beyond the reach of most self-funding, self-publishing authors operating as individuals. For example, the publisher of the winning book must agree to make available to the award body within ten days of winning 1,000 copies of the book, presumably for publicity purposes.

Where Do Indie Authors Fit In?

No self-published author has yet been awarded any of the big three – the Pulitzer, the Man Booker or the Nobel Prize for Literature, although one did come close. (Read Jill Paton Walsh's account of being shortlisted here.)

Some of the bigger prizes expressly exclude self-published books – but many more are slowly becoming more inclusive.

As self-published authors, we should not be too quick to assume that we are not eligible, or to set our sights exclusively on smaller, lesser-known and specialist prizes. 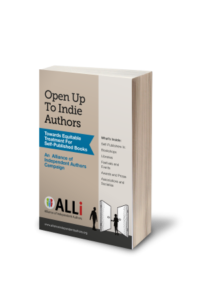 Available in paperback and ebook (free download for ALLi members)

If you see an award for which your book is a good fit, read the entry conditions carefully. If you are confident that your book is of a suitable category and standard, and the cost of entry is acceptable to you, unless there are rules specifically excluding self-published books, feel free to enter yours. After all, the best self-published books are indistinguishable from the best trade books, and as ALLi continues to campaign for the publishing trade to open up to indie authors, and we hope the time may come when the way books are published is irrelevant to its eligibility to carry off a prize.

In the meantime, every worthwhile award won by an indie author will be a victory not only for that individual, but for the cause of self-published authors everywhere.

Of course, therein lies an important question: which awards are truly worthwhile entering?

ALLi Watchdog John Doppler will help you steer a safe course through the proliferation of competitions and prizes – you'll find links below to two very useful posts that provide some helpful answers, plus an inspiring case study by Ezekel Alan of being a regional winner for the Commonwealth Book Prize with his self-published novel, Disposable People.

OVER TO YOU If you are an award-winning indie author and have a great case study to share with us, we'd love to hear about it!

How I Do It: Successful Indie Authors Share Their Secrets. This week: Ezekel Alan.