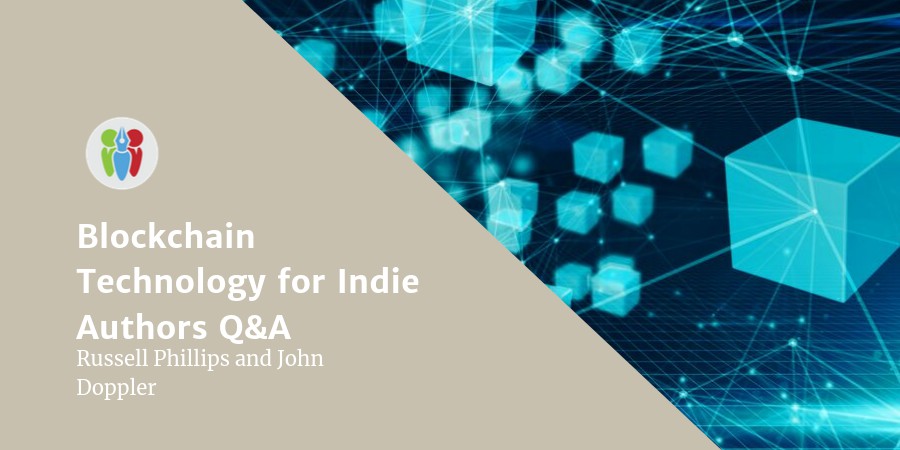 Recently one of ALLi’s engaged partner members Russell Phillips wrote to us with questions about blockchain technology and its implications for authors. This post details the questions and answers resulting from the questions. 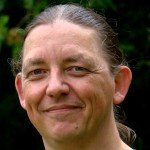 Russell Phillips asks about the implications of Blockchain for authors

“It is said that blockchain technologies will revolutionise publishing [and] ALLi has published a white paper about blockchain, which seems hopeful that it will help authors to reduce their dependency on large vendors. Blockchain may indeed be a wonderful development, but the more I read, the more I find that I have questions and concerns. We have indeed published a white paper about blockchain, which is hopeful about blockchain’s potential, a discussion document to ignite precisely this kind of discussion around this new and potentially transformative technology.”

We took Russell’s excellent questions and asked our Watchdog John Doppler to comment. We’d love to hear what you think in the comments box below.

One of blockchain's promises is that it will eliminate piracy. No-one has been able to explain to me just how blockchain prevents piracy, however. We all know that current DRM schemes can be cracked, but it should be noted that the encryption isn't broken. In order to read the book, the end user has to have a copy of the key. The cracking software finds the key and uses that to create an unencrypted copy of the book. Even with blockchain, the user will need a copy of the key, so what is there to stop software finding that key and using it?

Yes. No matter how good the DRM or encryption, at some point in the process, that content has to be decrypted and output to a device, and at that point it's vulnerable to interception, copying, and piracy.
Blockchain is not a panacea. Rather, it is another tool in the fight against piracy, one that may offer easier tracking and detection of pirates and which places additional obstacles in their path.
Additionally, blockchain eliminates the growing threat of counterfeit works by providing a unique identification that can be verified against the chain of transactions back to its origin.

One of the more intriguing promises of blockchain is the idea that a buyer can own their copy of an ebook, in much the same way as they own a paper book. Part of this is the ability to sell it second-hand. The change of ownership would be registered on the blockchain, and the original owner would lose access to the book.

The blockchain book sellers that I've been able to investigate in sufficient detail don't store the actual book files on the blockchain. All that is stored on the blockchain is a token indicating who has access to the book. The book file itself has to be downloaded from a server. This leaves open the possibility of the server being taken offline, and no-one being able to access the book, just as happened in 2019 when the Microsoft ebook store went offline.

Ownership of an ebook implies that it can be read on whatever device the user prefers. Indeed, in the ALLi white paper, the Publica CEO says that “books can be discovered by readers without having to sign in, sign up, or subscribe to any walled garden, or pay anyone except the author.” But a book bought from Publica can only be read on the Publica app.

Bookchain is another company that sells books on the blockchain. In their case, users read the book in a web browser. That is less locked down than Publica, but it also implies that users will lose access to the book if Bookchain's web server is taken offline.

The portability of blockchain-enabled or -protected books is dependent on the acceptance of that format by manufacturers and software developers. I'm not aware of any major manufacturers who support blockchain technology at this early stage in its development, but that's to be expected.
The existing blockchain solutions are therefore going to be limited to platforms under their control, like web apps. As time goes on, as blockchain gains acceptance, we should see more and more manufacturers incorporating it into their hardware.
We're seeing this process today with Bluetooth, Alexa integration, and other emergent technologies.
Blockchain differs only in that it's not as far along on that path, and there are still competing standards that will need to be reconciled before we can expect widespread adoption.

Another promise is that blockchain will allow authors to register their copyright and store that registration on the blockchain, where anyone can access it.

These look a lot like a technical version of the old practice of an author posting a copy of the manuscript to themselves. The US copyright office specifically says that the practice is not a substitute for registering the copyright, so it seems unlikely that a blockchain-based version would have any legal weight.

There is certainly a benefit in open access to the register, but that could be done with a standard database and website. It's unclear what advantage is gained by using blockchain.

Regarding copyright, blockchain is not a substitute for formal registration (a legal requirement to bring suit against copyright infringers in the US).
But in jurisdictions such as the UK that don't have an official governmental registry, blockchain offers a viable alternative to prove the date of inception.
And while it's a simple matter to unseal a physical envelope without detection, forging a blockchain transaction is infinitely more complicated thanks to the immutable, redundant, and decentralized nature of the ledger system.
So while it has no legal weight as far as formal copyright registration in the US is concerned, it nonetheless represents credible and verifiable proof of the date of inception which can be a pivotal aspect of any infringement case.
Think of blockchain technology as additional proof of ownership, rather than a replacement for any formal registry.

I think Russell is right to be skeptical of some of the claims from blockchain enthusiasts, but we need to be careful to identify who's claiming what.
“Blockchain will eliminate piracy” or “blockchain allows you to register your copyright” are not claims anyone can make at this point, except when speculating on future possibilities.
Blockchain is a not an established, accepted technology but one that's in its infancy and still evolving day by day. We’re not saying blockchain will do anything, certainly not that it will inevitably be a revolutionary tool. How it develops depends on how a lot of people respond, including our own community. These are precisely the kind of searching questions we need.
Blockchain Technology for Authors Q&A with @RPbook and @JohnDoppler #indieauthor #selfpublishing #IARTG #ASMRG #writingcommunity Click To Tweet

What do you think about the implications of blockchain technology for authors? Do you have any other questions?

Russell Phillips is an established indie author. He self-published his first book in 2011, and has written and published books in various formats since then. More recently, he set up an author services business to help others that wish to self-publish.www.authorhelp.uk