Self-publishing News: Who Owns Your Books?

In this week's Self-Publishing News, ALLi News Editor Dan Holloway fills us in on the latest with Microsoft ebooks disappearing, Amazon losing a landmark appeal, and a great opportunity for indies to see their work on the screen.

This week I want to look forward rather than back. Tonight, at 8pm British Summer Time, it is my pleasure to guest on ALLi's Twitter chat with Tim Lewis. Follow along, and ask me anything on #indieauthorchat. We will specifically be talking about the recent report into author earnings, but I hope to have time to answer all questions. To prepare, you can download the report here, and read ALLi's response here. 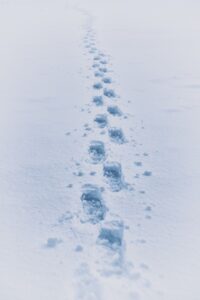 Photo by eberhard grossgasteiger on Unsplash

People who bought ebooks through Microsoft’s online library (apparently there were some!) lost access to them this week. This marks the end of Microsoft’s 19 year battle to break the ebook market. Customers will receive a full refund. The significance of the story, however, goes far beyond Microsoft.

This is yet another reminder that you do not own the ebooks you buy when DRM (digital rights management) is enabled. You license the book. In effect you have 24 access to a stream that can be turned off at any moment. This matters for readers. It is also important for authors to know. If we want people to own the books they buy we need to make sure they have a file that cannot be taken back, and will not stop being supported. That means no 3rd party DRM. And it means non-proprietary formats. Epub, for example, is a format that W3C has committed to ensuring will work so long as there is an internet. So remember, this is more than Microsoft. File format and platform matters. I would encourage anyone to familiarise themselves with ALLi's Self-publishing 3.0. Being in full control of what you sell, how you sell, and where you sell is at the heart of it.

Amazon storyteller’s submission window is open right now. But this year, there is more than a £20,000 first prize up for grabs. All shortlisted entries will find themselves under the nose of a screen scout. Indeed, all 6 global competitions for self-published authors will carry this opportunity. Entries that find favour could find themselves on Amazon Prime. I will be generous, and instead of saying Wattpad Wannabe, will simply point out the potential.

This is a controversial story that will run for a while. In 2016 Heather Oberdorf sued Amazon for a faulty dog leash. The product came from a 3rd party seller, but when the fault was discovered, the seller was nowhere to be found. The Pennsylvania courts originally ruled that Amazon was simply a platform. not a seller. The appeal court, however, has now ruled that Amazon can be held to account as though it were a seller. Clearly this has massive possible ramifications. In particular for authors, this could be a way of recompensing customers who fall foul of content scrapers and content cloners. As we know, these can be notoriously hard to trace, often popping up, disappearing, then reappearing in another guise.

We read about audiobook growth most weeks. But this week’s stories show that this means more than more custom for Audible. Bookbeats saw its revenue grow 126% as it reached 200,000 subscribers. And the already established Storytel saw 37% annual growth. This is very good news for indies who want to be able to select the audiobook platform that's right for them in each territory where they choose to sell.

Do you feel like you know enough about the technology behind ebooks? Are you worried or encouraged by Amazon's responsibility for the actions of third party sellers? Let us know in the comments below.