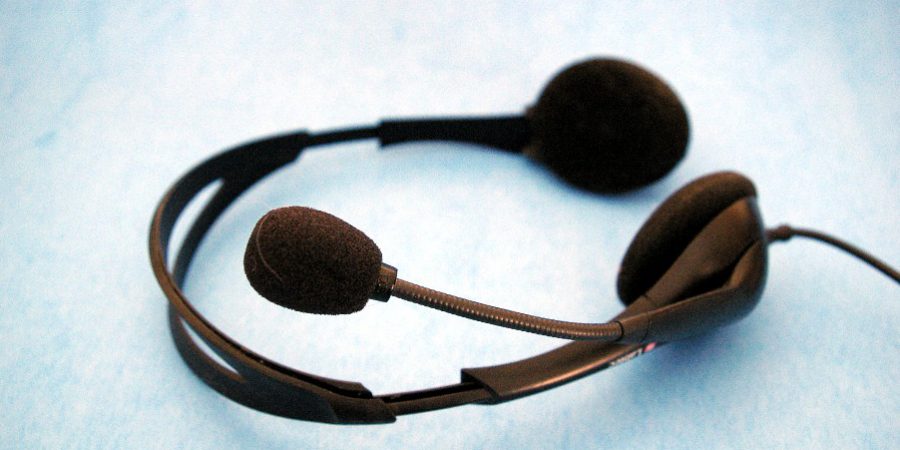 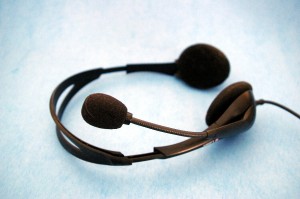 With so much talk about audio books being the Next Big Thing for indie authors, ALLi author member Jane Steen, currently creating her first audio book, volunteered Elizabeth Klett to tell us more about the subject from the audio artist’s point of view. It was a pleasure to interview this highly experienced and enthusiastic professional.

How did you come to be involved with making audio books?

I started out as a volunteer for LibriVox, a website that is dedicated to producing free public domain audiobooks (librivox.org). I have been reading for them since 2007 and have done something like 60 solo recordings for their site, along with hundreds of group projects, especially dramas. I’m still recording for them, although much more slowly these days; I’m currently working on a solo of Henry James’ Portrait of a Lady.

I started recording audiobooks professionally in 2011 when the founder of LibriVox, Hugh McGuire, started a professional company called Iambik and asked me to join. I recorded six books for them before starting to work for ACX, which is Audible’s “marketplace” site (acx.com).

I currently work for ACX, Bee Audio (beeaudio.com), and Mike Vendetti, an independent producer who commissions and releases public domain works for Audible. I have to confess, though, that I actually started making amateur audiobooks when I was a kid, recording my favorite books on a tape recorder and listening to them myself.

What do you think are the most important features that authors/publishers should look for when choosing an audio artist? 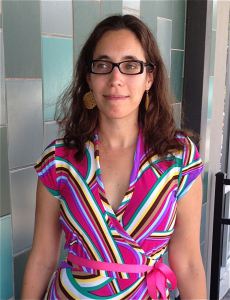 Some authors are excellent at reading their own work and you probably wouldn’t want to listen to anyone else reading it. I love listening to David Sedaris reading his own books, for example; the experience is greatly enhanced when it’s him reading his own writing. Toni Morrison reads all her own books for audio, and there’s just nobody else that I can imagine reading them aloud; her voice is so beautiful.

If an author doesn’t want to read his or her own work, however, I think they probably want to try and cast a narrator who seems to “get” their writing, either as the voice of the main character (particularly if it’s a first-person narrative, or is a third-person narrative told strongly from one character’s point of view), or as to the overall tone of the book.

I’ve had authors tell me that I sound exactly like the voice of their protagonist when they were writing the book, which is always gratifying and exciting! But more often I’ve been told that I offered them a new perspective on their own work. Overall, it’s important that the narrator is committed to the material, and to delivering a finished product that respects the hard work that the author has done.

What is the advantage of using a specialised audio artist rather than the author simply reading the book aloud himself?

Authors are usually not trained actors, and may not be able to do character voices (if that’s something that the book requires) or to gauge how to deliver a piece of writing as though to a live audience. Articulating clearly can also be a challenge if you’ve never had any vocal training (and I’m talking about speaking, not singing). I can still remember how difficult I found the voice classes I took as a theatre major in college, but I’m so grateful that I had them, since I’m still using that training today. Finally, it’s simply tiring to read aloud for hours at a time, and authors may not be used to how rigorous it is.

Audio narration is my second job (my “real” job is teaching English literature at a university) so I probably take a bit longer to record books than someone who does audio work exclusively.

It usually takes me about three weeks to research, record, edit, and correct a 10-hour book. Before starting to record, I read the book and take notes, asking the author any questions I have, and looking up any unfamiliar words, particularly place names and foreign words. Sometimes this might involve talking to the author by phone or email to make sure we’re on the same page. For example, when recording The House of Closed Doors by Jane Steen, I had to make sure I had correct pronunciations for names and words in German and Dutch, which was a challenge for me!

When I get to the recording stage, I am constantly making mistakes and having to correct myself, which means that a piece of writing takes longer to record than it does to listen to in its finished form. Then I need to edit the files to eliminate the mistakes and any excess background noises. The author or proof-listener has to listen to the files and see if any corrections are needed, and I need to provide corrections when s/he is done. Depending on how hands-on the author is, these corrections can be extensive or fairly minor, ranging from getting a word wrong to re-recording an entire chapter because the tone wasn’t right.

When I’m working for ACX, I edit and master the files myself; when working for Bee, they have a professional sound engineer who does the editing, so those projects go a bit faster. When you listen to an audiobook, you can bet that if it’s a 10 hour book, the actual production time is at least 2-3 times longer than that.

What is your key message to authors who are keen to turn their books into audio?

I think ACX is a great place to start, since it’s a very large site where you can listen to samples from literally thousands of narrators and make contact with those that have the sound you’re looking for. Bee Audio also turns out a very high quality product and has an extensive roster of amazing narrators of all kinds. There are many options online thanks to everything being digital these days.

What feedback have you had from authors and publishers whose books you have recorded?

I’ve been very lucky to have worked with a number of authors repeatedly. I always consider that the best feedback: being asked back by someone with whom I’ve worked in the past. I’m very gratified when an author tells me that they’re pleased with my work. One of the authors I’ve worked with quite recently actually told me she liked her book better in audio!

What is your experience of the demand for audio artists?

The audiobook industry is exploding, with sales going up exponentially every year, so it’s a great time to get books into audio. There are also a lot of people getting into the audio industry as narrators, thanks to sites like ACX and the ability to work from home (which is what I do). It’s becoming a lot more competitive since so many more narrators are throwing their hats into the ring, so I’m grateful to have gotten my start a few years ago when the market was less glutted.

What special qualities do you personally bring to the game?

I bring several sets of skills to the table. First, I’m a trained actress with substantial theatre experience, so I am experienced at creating different character voices (both female and male), getting into the material emotionally, and am versatile enough to do both comic and dramatic works.

Second, I’m also an academic, and skilled in reading and analyzing books. As a teacher, I have to read and make literature accessible for my students, and I think that’s partly what an audiobook narrator does for the listener.

I think that narrators actually have quite a lot of power in their ability to interpret a work of literature, emphasizing what they feel is striking or important about it through how they choose to read it. At the same time, it’s exciting to be in contact with a living writer with whom you’re working to make their words come alive.

Is there any difference in the requests you are getting from self-published authors, as opposed to traditional publishing houses?

I have been working mostly with either self-published or independent authors, and there’s a lot more contact between writer and narrator in those situations than in a more traditional setup where the publisher acts as a buffer between narrator and author. It’s actually great being in close contact with an author when working on a book, since the process feels a lot more personal.

I think the question of what makes a good audiobook is very subjective. Personally, I love first-person narratives since it’s like performing a really long dramatic monologue and you get to be inside the character’s head. I also really love listening to first-person books; I just finished listening to Juanita McMahon read Sarah Waters’ Fingersmith, and I thought she did an amazing job with both first-person narrators in that book.

Doing a lot of dialogue is fun, too, both for me as a narrator (since I get to play with different voices) and hopefully for the listener as well. Poetic language is a joy to record as well, since the melodic quality works really well when spoken aloud.

If you could choose any book to record, which one would it be? And which would be your worst nightmare?

I have already recorded a lot of my favorite classics for LibriVox, such as Jane Eyre by Charlotte Bronte, most of Jane Austen’s novels, and Howard’s End and A Room With a View by EM Forster. I would love to record Mrs Dalloway by Virginia Woolf, and if it were public domain in the US, I would have already recorded it for LibriVox! I would also love to narrate a book by one of my favorite contemporary authors, such as Margaret Atwood, AS Byatt, or Kate Atkinson. I’m also very taken with Chloe Aridjis, who has published two books, neither of which are in audio, and which I would be thrilled to voice.

Probably my worst nightmare would be a medical textbook with lots of unfamiliar words; the pre-recording research would take forever, and I would probably fall asleep in the booth!

Elizabeth has been a professional audiobook narrator since 2011, and has produced recordings for Audible, ACX, Bee Audio, and Iambik. She has been recording free audiobooks forLibriVox since 2007, and has produced solo recordings of novels, short stories, and poetry. Elizabeth has a B.A. in Theatre from Drew University (one of the top theatre programmes in the USA), and has recorded a variety of dramatic projects, performing roles ranging from Lady Macbeth to Antigone to Juliet. She also holds MA and doctoral degrees in English literature from the University of Illinois and teaches at a university in Houston, Texas. Her expertise in analyzing and understanding literature makes her recordings particularly enjoyable for her listeners. She also gets a lot of daily experience reading aloud, thanks to her book-loving five-year-old daughter. For further information, please visit her website: www.elizabethklettaudio.com