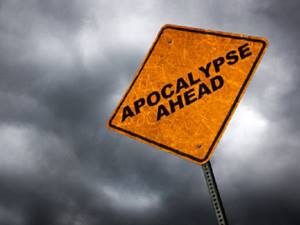 Opinion: Why 2020 Predictions Aren’t All Gloom and Doom

The end is nigh! Any day now, the world will be destroyed by nuclear war, magnetic pole reversal, financial collapse, mass coronal ejection, asteroid impact, a supervolcano, supervirus, or supernova….

At least, according to the doomsayers. From the oracles of ancient Rome to modern shows like Doomsday Preppers, history is littered with failed predictions about The End Of The World As We Know It (TEOTWAWKI, in prepper parlance). What's the appeal of these apocalyptic fantasies?

Why We Love To Fear Doomsday

Doomsday scenarios are a fearful response to a changing world, and the belief that one is helpless to influence those events. When an individual perceives some disruption to their ordered universe – changing social mores, the pendulum swing of politics, an economic upheaval – they may feel powerless to stop it.

The doomsday scenario actually becomes a comfort. In putting their faith in some imminent cataclysm, the believers are reassured that the uncertain future will be resolved in an ultimate, slate-clearing fashion. Order will be restored, and the believers vindicated as they stand atop the bleached bones of their critics to shout, “Hah! Told you so!”

This explains why, when Armageddon fails to materialize, the doomsayers emerge from their shelter and face the sunrise with bitter disappointment instead of relief. They have not been saved; they have been robbed of their validation. With the new sunrise, the universe is once again a frightening, uncertain place over which they hold no power.

Which brings us to the microcosm of publishing. 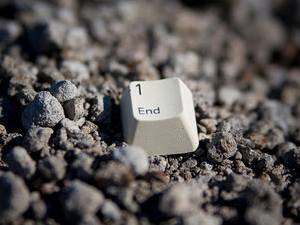 When Mark Coker predicted that indie authors would account for 50% of book sales by 2020, the pessimists of the publishing world wasted no time in issuing proclamations of doom for the industry.

One misguided blogger reacted by insisting that indie authors be segregated, like unruly children exiled to the kids' table at Thanksgiving. He suggests that a glut of indie authors is drowning out the “good authors,” and if left unchecked, this plague of invasive indies will swarm across the globe, devouring all in its path and leaving the literary landscape barren and lifeless. The retail ecosystem will be ruined. Retailers will lose hundreds of millions of dollars. Puppies will spontaneously combust. It's TEOTWAWKI, folks.

Furthermore, traditionally-published authors have placed their books, their marketing strategy, and their income in the hands of publishers. They are no longer in control of their work, and can only watch helplessly, hoping that publishers make the correct choices on their behalf.

Fear, and helplessness. They are the key ingredients for any doomsday scenario. Is it any wonder that the more excitable members of the old guard point at indies and shriek dire prophecies in their loudest Chicken Little voices?

The Benefits of Independence

Uncertainty affects indie authors, too, but with a crucial difference: indie authors retain control over their work. They are not helpless spectators. When indies sense changes in the fickle winds of the market, they can react to them with breathtaking speed. They are free to experiment and innovate.

And in any industry faced with dramatic change, the innovators prosper. Less adaptable authors will find themselves pushed towards the ever-growing “long tail” of book sales, while more agile authors leverage industry changes to their advantage.

Doomsday predictions should hold little terror for indie authors. However the industry evolves, indies remain uniquely suited to evolve with it – and prosper.

What's your take on the publishing apocalypse? Are you building an ark or counting your cash? We'd love to share your views via the comments box.