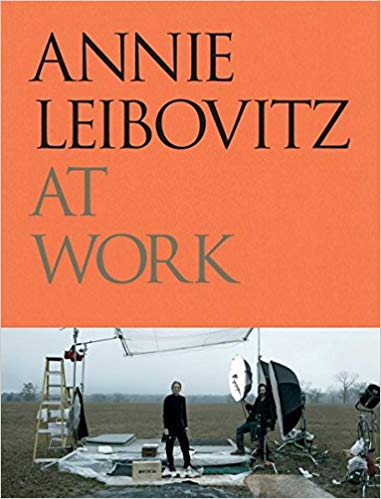 What Photographer Annie Leibovitz Taught Me About Writing 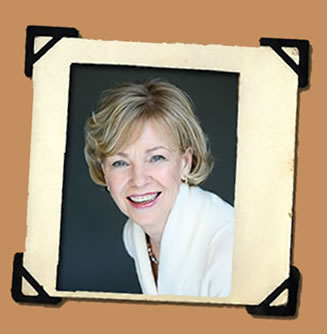 Celebrity photographer Annie Leibovitz may not be the obvious role model for a writer – but as Lee McKenzie explains in her post today, she's just one of many artists working in other art forms from whom authors may draw inspiration and ideas.

We learn a lot about writing from other writers, but sometimes it’s refreshing to learn from people in other fields.

I recently stumbled on a website featuring Annie Leibovitz, the amazing photographer. She’s teaching online photography classes, and when I watched her video, I was struck by how much of her technique and philosophy I could translate into writing. 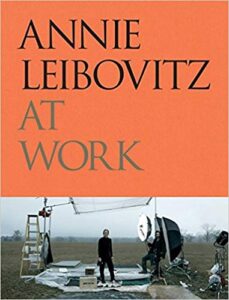 Annie Leibowitz's new book is due out in November 2018

We know what a master Leibovitz is at revealing her subjects through images  – not just one aspect of those people, but their multi-faceted, human selves. “There are so many parts to us,” she says, and how true that is.

As writers we want to create characters who are multi-dimensional. To do that we must discover who they are, and then reveal them – all of them.

How Discover and Reveal Characters, Leibovitz-style

So how do we do that?

While the photographer has a wide range of cameras and lenses and angles, we as writers also have many tools available.

We can access the characters' internal thoughts and feelings and show what they think about the world around them and how they see themselves in it.  We do that most effectively though body language, narration, and – my favorite – dialogue.

We can let other characters react and interact with them as well, and sometimes the narrator – that godly voice that ultimately decides “This is who you are”- can step in.

Leibovitz's advice for allowing others to see who people really are, is not to set her subjects at ease, but to put them on edge. What great advice that is for writers trying to captivate and hold a reader's interest because we know that if our characters are at ease, the story can quickly become boring. When photographing one notable Pulitzer-Prize-winning author, she had him take off his shirt. How vulnerable it makes us to stand naked before the harsh lens of the camera. Even our greatest achievements can’t protect us.

Our characters could be stalwart warriors or an internationally infamous thieves, or a pious church leaders, but what else are they?

It’s up to us to reveal those secrets from their past. Like Leibovitz, we must strip our characters naked, so we can find the answers to those kinds questions and share them with our readers.

The Honest Essence of Leibovitz's Subjects

While delving into the essence of her subjects is paramount, Leibovitz seeks out that essence with honesty, and that’s exactly what we as writers must do.

Whatever our characters reveal about themselves has to be honest. It has to come from the well of their humanity.

When Leibovitz sets out to capture the essence of her subjects, she says she tries to emulate the natural light. When I read a book by a writer who lets the story and the people shine in their own natural light, I’m swept away. I find contrived plots or cute phrasing very distancing.  I’d say stay as unique as possible and shy away from the current fads. Stay true to the story, don’t try to manipulate it using what’s popular. I’m with Leibovitz in trying for the most natural/honest light possible.

For beginning photographers Leibovitz suggests using one lens until they get what they want, then experimenting with others. I found this directly translatable into point of view, which is one of the most important decisions writers make. It's through point of view that skillful authors can focus readers' attention on an emotion, opinion or detail they want emphasized. If new writers work on mastering one point of view before experimenting with others, they can see how, for example, first-person compares with third-person to develop their stories. They can also learn about their own limitations and where they need to improve.

It's Not About the Camera, says Leibovitz

When Annie Leibovitz asked her class for questions, one student spoke up with, “What camera are you using?” Her answer: “If that’s what you’re thinking, you’re not taking pictures.”

Leibovitz  isn’t thinking about the camera, she’s obsessed with showing us who her subject really is.

If writers are concerned about things like what’s going to be the next big seller, I don’t think they’re involved in writing a story. I’m in the “I have to write what I love and am obsessed about” camp. And I’m pleased that people like Annie Leibovitz are there with me.

First Focus on the Close

I grinned when she suggested that students who are just beginning her class, photograph people close to them. In this way she said new photographers can learn to capture the essence of those they know. From their results, they can adjust their techniques until they get exactly the personal qualities that they want.

As writers we can draw from people whose quirks we’re familiar with, and in doing that we can create a springboard for developing fleshed-out characters who are totally fictional, but who seem real. I’ve experimented using people from my life as models, and while they've never shown up in one of my stories so that my models recognize themselves, their distinct characteristics do appear in several characters.

The Power of Cross-Pollination

In my opinion, if we come up with more ideas about how to write stories, we stand a better chance that we'll find really great ideas, ideas that may be new to the writing world. To generate those ideas I think we need to step out of our usual creative zone:

It was interesting to learn about Leibovitz's techniques and philosophy in her art and apply those to the art of writing. This simple study about cross-pollination makes me want to find other areas that I can glean information from.

To view a gallery of Annie Leibovitz images, visit: http://www.artnet.com/artists/annie-leibovitz/

OVER TO YOU Which other artists and art forms inspire and inform your writing?

#Indieauthors - where do you draw your #inspiration? @Cleemckenzie explains how she's been inspired by the philosophy & technique of top photographer @AnnieLeibovitz Click To Tweet

Opinion: Why Every Indie Author Needs to Take a Break Now and Again

Writing: How to Find Inspiration from Readers

I love to write for young readers, and I write both young adult and middle grade fiction. I fall into the hybrid author category with four traditionally published young adult novels - Sliding on the Edge, The Princess of Las Pulgas, Double Negative and Sudden Secrets - and three self-published middle grade adventure/fantasies. Sign of the Green Dragon is my third Indie. Alligators Overhead and the sequel, The Great Time Lock Disaster were my first two. It’s fun to know both sides of this writing business. Italia Gandolfo represents my young adult books.