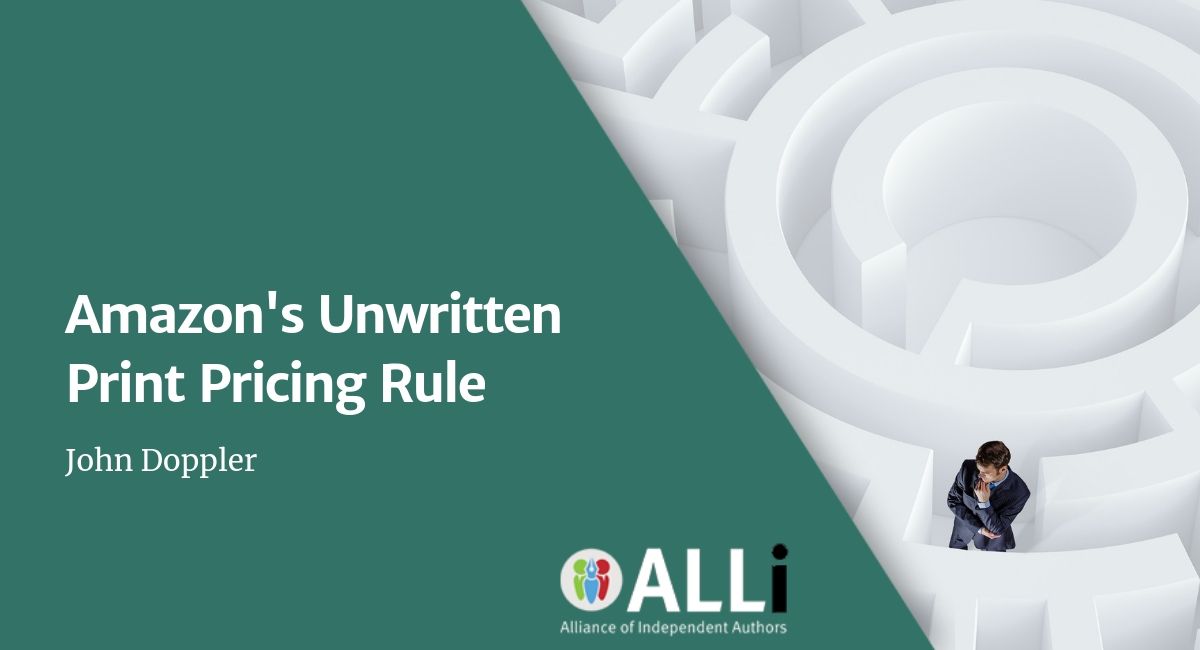 KDP has had a longstanding print pricing requirement that ebooks sold through the platform may not be sold for more than the list price on other retailers or websites.

When Amazon folded its CreateSpace print-on-demand services into its KDP platform, few authors realized that this restriction was applied to print books as well. If you priced your paperback at $14.99, but it was available on other retailers for $12.99, Amazon could take disciplinary action against your account.

This condition was once buried in the text of the Print Pricing help page:

You must set your Print Book's List Price (and change it from time-to-time if necessary) so that it is no higher than the list price in any sales channel for any physical edition of the Print Book.

By “list price in any sales channel,” we mean the suggested or recommended retail price or, if you sell your Book directly to end users, your own sales price, for an edition of the Book available outside of our Program.

However, some time in the last 90 days, that language was removed from the Print Pricing page. I discovered this while researching an unrelated issue. To the best of my knowledge, the change wasn't announced anywhere on KDP's site.

Answers are hard to come by

I contacted KDP's support to inquire whether that restriction has actually been lifted, or simply moved to a different part of Amazon's widely-scattered terms and conditions.

After an hour-long phone call with the KDP support team during which I was passed from department to department and one representative to another, I was finally given a definitive answer: the restriction does still apply, even though it's no longer documented anywhere on the site. (One of the agents I spoke with stated that this issue would be raised with the internal department that handles this documentation, and any adjustments should be made within one to two months.)

If you sell your paperback edition for a lower price than the list price on Amazon, and it's spotted by Amazon's staff or reported through the “tell us about a lower price” link at the bottom of every book's details, the book will be referred for corrective action. This generally begins with an email instructing you to lower your book's price or face consequences. According to KDP's support team, if you fail to comply with this now-unwritten rule, Amazon may, at its discretion, either lower your list price forcibly, remove the book from sale, or disable your account entirely.

Amazon's representative suggested that the policy appears “somewhere” in the terms and conditions, but when I directed her to the relevant pages and clauses, she admitted that she could not find any mention of the policy.

Chaos within, chaos without

This precarious situation underscores an ongoing problem with Amazon's policies. The company's rules and guidelines are scattered across dozens of pages, few of them linked. Changes to the rules are rarely announced. Previous versions of these pages are not available to authors through the KDP site, and there is no author-facing knowledge base tracking these updates. Customer support agents may be confused by the changing rules, and often give conflicting advice.

Yet somehow, authors are expected to understand and remain in compliance with these rules or face potentially devastating consequences to their business.

Amazon has a huge communication gap, and it's one of the leading causes of friction between authors and the corporate giant. Deletions of reviews for undisclosed reasons. Threatening emails citing violations of obscure policies. Vaguely worded policies which even Amazon's internal staff don't completely understand. Undocumented and unannounced changes to rules. Contradictory rules. Inconsistent enforcement.

Most authors are eager to comply with Amazon's rules, but authors can't comply with the rules if they don't know what they are. Amazon must do better at communicating these ever-changing policies to the public and its own staff.

Have you run afoul of Amazon's policies? How was it resolved? Let us know in the comments below!